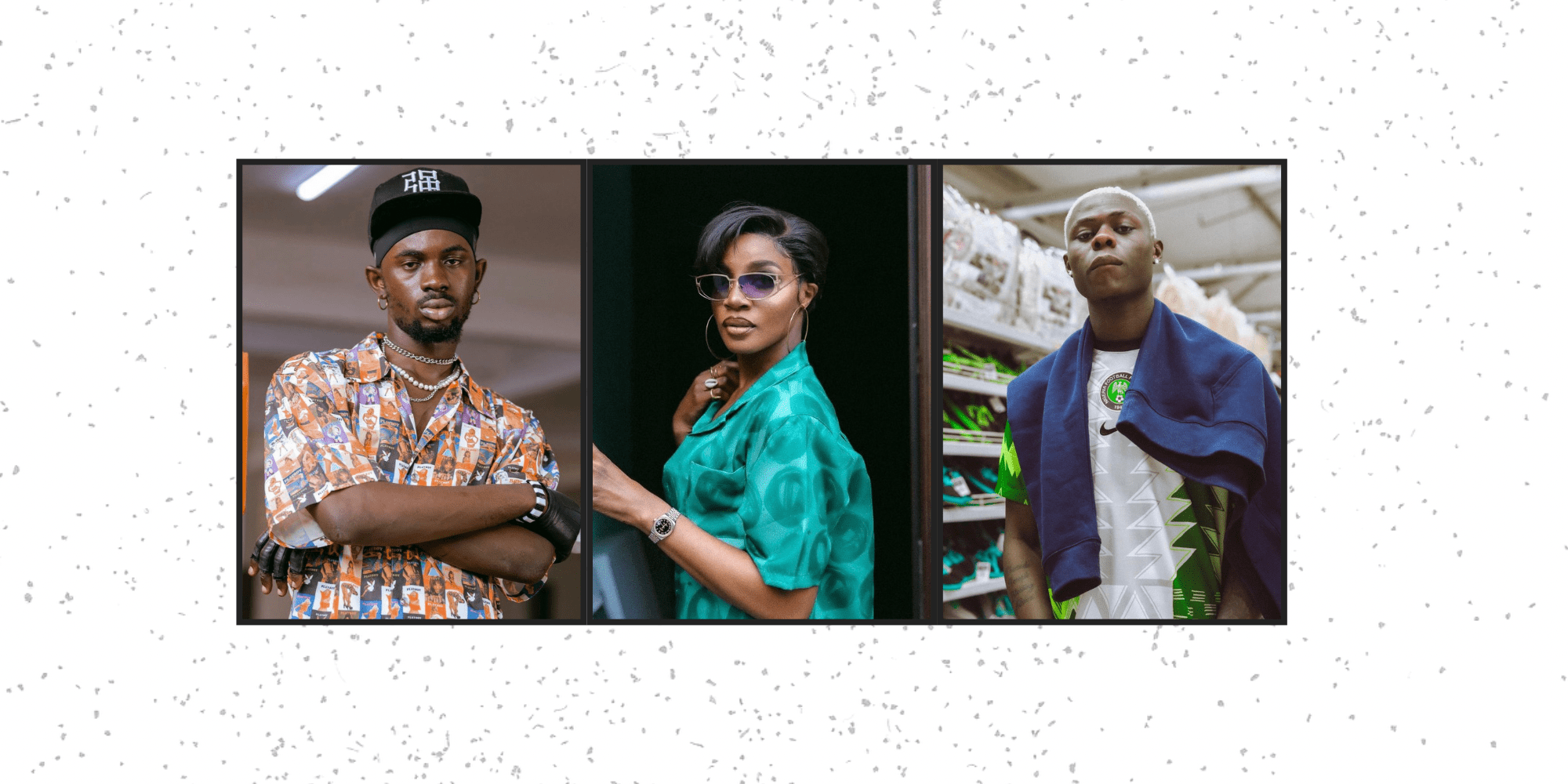 New music to get into this weekend

As the year winds down, the sheer number of music we receive at The NATIVE keeps growing at an exponential rate. With live shows back in full swing and Afropop hits such as Wizkid’s “Essence” and CKay’s “Love Nwantiti” climbing the charts both home and abroad, there has never been a more exciting time than the present for the ever-evolving sonic landscape. Through it all, we remain committed to the ideal of music discovery and sharing that is a big part of what we stand for. Our goal is still the same as always: we don’t want exciting music to be slept on.

That’s where our Songs of the Day column comes in. We’re doing the work to stay on pulse with all the music coming out from across the continent and beyond, bringing you exciting songs of tomorrow: today. On Monday, we had exciting music from Zlatan, Spinal, Adekunle Gold, Ckay, and more. Today, we bring to you new music from Black Sherif, Burna Boy, NSG, Seyi Shay, Mohbad and many more.

In July, Ghanaian rapper Black Sherif brought to our ears the hit single “Second Sermon”, a Drill banger tune that finds the rapper speaking on his life so far and a follow-up to the two installments of Sermon freestyle series he did earlier in the year. To further sweeten the track, Black Sherif has collaborated with Nigerian singer and songwriter, Burna Boy for a befitting remix that certainly boosts the song’s popularity. The African Giant co-sign further proves that Ghanaian Drill is here to stay.

Afropop singer and songwriter, Seyi Shay is here with her sophomore album ‘Big Girl’. Since taking a long break from releasing and projects, Seyi Shay is back with her 12-track LP which cuts across topics such as growth, self-elevation, love, romance, and more. Assisted by Wande Coal is the Kel P-produced track “Ride For You”, a dancehall/reggae track that sees the artist speaking to her love interest and promising to always be there for him. On the chorus, she sings “Baby imma ride for you till the wheels fall off/Baby imma die for you till the early morn,” offering her devotion to her love interest. Wande Coal steps in shortly and spins the track in a different direction as they both display great chemistry.

This time last year, Mohbad and Rexxie teamed up and brought to our ears the hit single “KPK”, the Amapiano infused track that took over the clubs last Christmas. Now, the Marlian Records signee is back with another party tune set to have the same lasting impact. On the newly released track “Backside”, Mohbad is found praising the body of his muse, serenading her in a. mixture of Yoruba and English over the rhythmic production of the Niphkeys produced track.

A week ago, singer and songwriter Simi released the Joeboy-assisted track titled “So Bad”. Arriving today is the Adasa Cookey-directed video for the track which makes the song an even more enjoyable listen. The colourful and vibrant video of the track captures both artists delivering their verses while set against colourful backdrops that visualise the intensity of their feelings for their love interests.

For his latest single, singer and songwriter and fresh meat Aum, Bryann has teamed up with rapper Blaqbonez to deliver the new tune titled “Kerewa”. Over the song’s bouncy production, the artist quips, “She dey eye me like she wants to follow/baby girl say she wants to follow,” on the pre-hook, addressing a love interest who he can’t seem to get off his mind due to her beautiful appearance. Blaqbonez comes in shortly after and makes the song a more memorable affair, proving once again his ability to sustain a return of investment on his music.

For his first release of the year, HarrySong has teamed up with YBNL label boss Olamide and his talented signee, FireboyDML to deliver the love song titled “She Knows”. Fireboy opens the track, singing “She knows that I love her, she knows/She too bad oh, she knows,” as he addresses a muse who is beautiful beyond his imagination.

After a series of solo releases and a handful of features, Ghanaian-British artist Eugy is here with his third EP ‘Home Run’. The 6-track features artists such as Jay Bahd, Efya, Kuame Eugene, and more. The Efya-assisted “Down” is a mid-tempo tune that finds both artists airing out their romantic desires. On the track Eugy sings, “This kind of love, forever is the status/teach me patience I’ll never doubt you”, serenading his muse and expressing his deepest feelings to her.

Fresh Meat Alum, Azana has just released a new single titled “Higher.” As the song’s title will imply, the new single is an airy number that finds the singer performing on her best form and showing off her impeccable vocal range. In typical Azana fashion, she uses her powerful voice to conjure awe-inspiring moods and feelings as she sings passionately about transcending the current realm and experiencing life free from worry.

Crayon has had a great year. After releasing his debut EP ‘Twelve A.M,’ earlier this year, the singer has just released a new single titled “Excuse Me (Rock You,” in time for the December festive season. Produced by Killertunez, Crayon’s latest single finds the young singer melding witty lines and sharp cadence over an Amapiano-infused track. The groovy new number is tailor-made for the festive season with references to nightlife in Lagos however, the highlight is Crayon’s delectable singing which effortlessly glides over the catchy new beat.