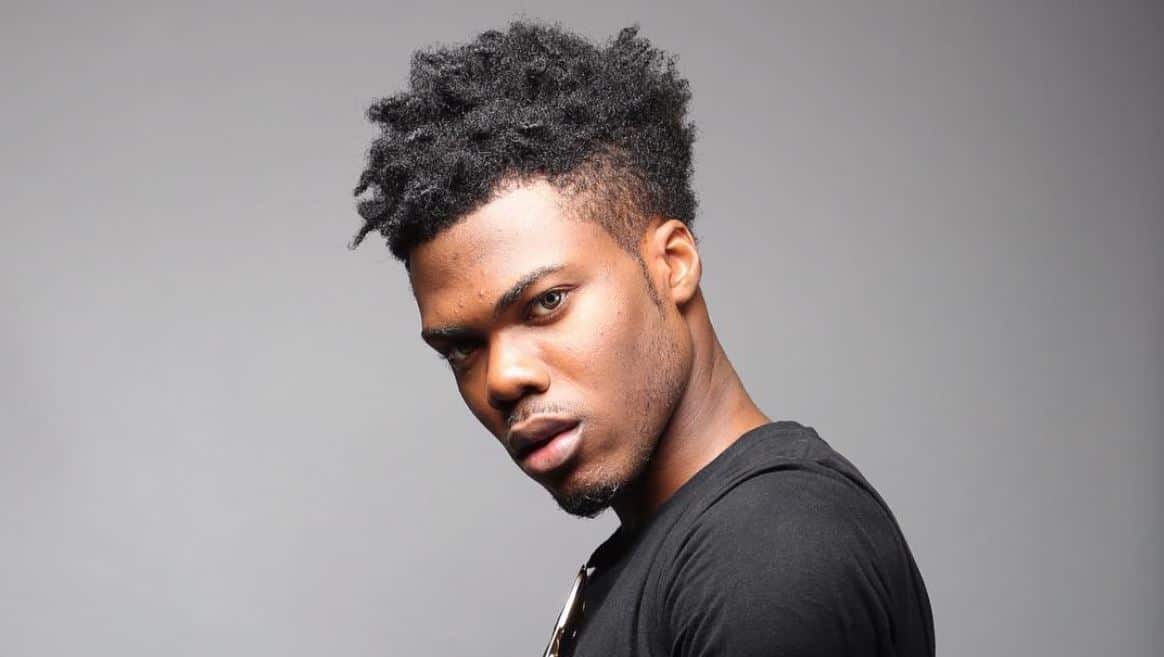 Essentials: C-Kay’s ‘Who The Fuck Is CKay?’ is cute, but it also screams undeserved attention

In response to an expletive inquisition

The CKay’s namedrop on MI and Osagie’s confrontational “Loose Talk Podcast” may or may not have resulted in the Chocolate City artist’s short feature on twitter’s list of trending topics, but it certainly played a part in his EP’s release. The title, Who The Fuck Is CKay  is lifted from Osagie’s expletive inquisition of his C-Kay’s existence on the podcast. But though it worked as a cute gimmick that screams for attention, the 6 track offering doesn’t quite match the expected drastic shift in sound.

Advertised as a producer with a voice good enough to step get into the booth and face off any singer by a label that put out artists like Ice Prince and Koker, the bar was always set high for CKay. “Gaddemit” marked his inexorable emergence as an artist but along with it came some degree of confusion from more cynical observers as to what, exactly, is so special about him.

Hoping to answer critics, the Who The Fuck Is CKay EP was released a short while ago without need for extra promotion asides the earlier mentioned Podcast. The first track, “Winner” is an uptempo Afropop number inspired by triumphant folk song. He confesses his love for his unnamed love interest over the spirited piano led song.

CKay produces all the tracks on the tape and only gets assistance from Tempoe on two tracks, “Na U Biko” and “Chinekeme”. Vocal from Tinny Entertainment artist, Bella Alubo features on  “Chinekeme”, a mid-tempo love number with atmospheric synth productions while label mate Dice Alice join him on “Gehfriend” and “I’m single”.

But while all the tracks cling unapologically to dancehall tropes and beats, the focus is on the mundane relationships issues. But what really drives Who The Fuck Is CKay is his pettiness. Suggesting realness as the only coping mechanism for toxic romance, CKay sings that “Yesterday My Girfriend Leave Me/ This Morning I See Her Miss Call/ I No Call Am Back/ In Fact I Off My Phone/ I Just Bone The Girl” and “Gimme Back All The Money For Weave On/ Gimme Back All The Money For Lipstick” on “I’m Single”.

But the song that sums the strengths and weaknesses of Who The Fuck Is CKay is “My African Woman”. The somber PG 13 raunchy lyric-book read with Flavour-like looseness is only a plot away from rivaling Sam Smith position king of serenades. His charismatic approach to the guitar led Afropop number with a bit of everything pop—flutes, tinpan drums may be lost for meaning, but are quite passable for groove.

It’s not likely that Who The Fuck Is CKay is going to change anyone’s opinion about him—If you think he has the sauce, you’ll still think that, and if you think he’s not worth the fuss, you’ll still think that, though more likely the latter. Despite the digital shift of sound barriers further collapsed by the rise of self-publishing generation of artists, C-Kay finds the brilliance in the mundane. Unless he can follow up with an project that obviates the need to give Osagie Alonge’s crudely framed question a second thought, we will have to keep hoping to eventually find out who the fuck C-Kay is.

Stream the EP below.