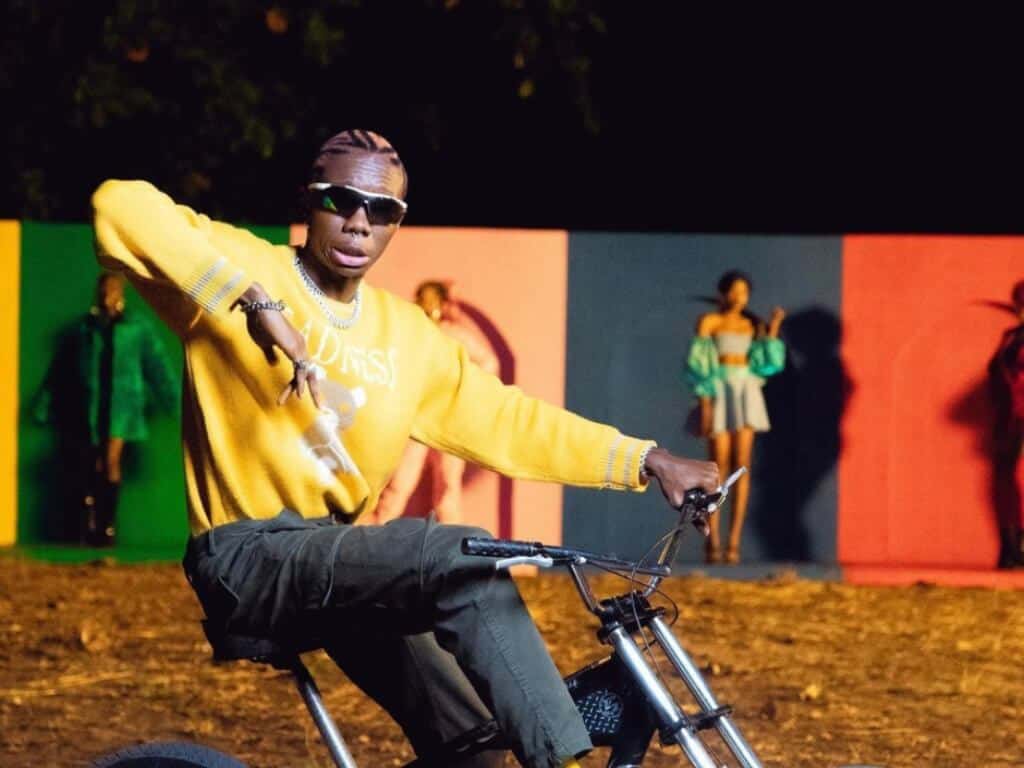 How Blaqbonez successfully secured a return of investment on his music

A win for Blaqbonez is a win for all of us

Last week, Blaqbonez released his sophomore studio album ‘Sex > Love’, a charming collection of anti-love anthems that revealed the rapper’s growing penmanship and his knack for instantly catchy melodies. The project runs the span of different moods with the rapper at one moment delivering slinky, mid-tempo Afropop and at another, resorting to a blown-out Trap beat, both aptly providing the perfect backdrop for his vivacious rap flow, and restless melodies.

Although it’s only his second LP, serving as the official follow up to the M.I-executive produced debut ‘Bad Boy Blaq’ in 2018, it’s arguably his tenth official project throughout his entire career having already released a number of mixtapes and EPs including 2017’s ‘Last Time Under’ and 2019’s ‘Mr. Boombastic’. Each project marked an era in Blaqbonez’s professional life and fine-tuned him into the well-oiled machine he is today. That is why his near residence atop the Apple Music charts in Nigeria this weekend and his debut in the top 10 on the TurnTable Top 50 charts are welcome and expected. This is an artist who has been patiently putting in the consistency and hard work which seems to finally be paying off.

For a rapper that’s still relatively young in the game, Blaqbonez’s work rate so far is incredibly phenomenal and nothing short of awe-inspiring considering the singles-driven market that dominates the Nigerian music industry. To have amassed over eight projects throughout the span of his career is a testament to his restless and hard-working spirit which always has him consistently self-promoting his rapping abilities.

The magnitude of his current win is felt because we’ve all had front-row seats to the journey behind his gradual progression. During a career-defining run in 2017, Blaqbonez released his seventh mixtape ‘Last Time Under’, a pivotal creative turning point where he first showed the workings of an artist on the cusp of explosion into stardom. He didn’t hack the winning formula immediately, in fact, it took time for his blend of bar-heavy Rap music and his penchant for spacey Trap production to win over the hearts and minds of audiences at the time.

Even still, Blaqbonez did not give up. The next time he was creating a project, he once again made a play for expanding his sonic range, this time catching the attention of M.I and Chocolate City, the label under which he is currently signed and operates. Blaqbonez’s star power has only continued to shine brighter as he’s advanced in the industry providing a working benchmark for what other artists can aspire to if they put in the right amounts of consistency and hard work.

Speaking to Apple Music in a recent interview, the rapper shared that “An important thing for me is giving you something different with everybody of work,” and it’s this effort to level up with each body of work that has fashioned Blaqbonez into the creative powerhouse he is today. Whether listeners are coming in touch with Mr. Boombastic or Emeka the Stallion, they can be guaranteed that the rapper will consistently be aiming to top his last effort.

WE FUCKING DID IT!! NUMBER 1 SONG IN THE COUNTRY!!!

Although everyone has their own journey that determines the course that their life would take, it’s hard to imagine anyone better suited for this moment than Blaqbonez. Social media is constantly awash with screenshots, pictures and videos of the rapper aggressively self-promoting himself and his music. It’s impossible to not want to see the rapper win because his wins are almost ours given that we’ve been subjected to months and years of his rigorous self-promotion social media savvy techniques.

With an infectious larger-than-life personality and his overwhelming sense of confidence in himself, Blaqbonez has successfully relied on his charm to get him ahead. When Burna Boy’s “Kilometre” knocked out his Amaarae and Buju-assisted single “Bling” from securing the Number 1 spot over the weekend, the rapper had taken to social media to plead with Outsiders to stream his music and boost it to the coveted top position. He worked hard to convince everyone that he’s every bit as good as he thinks he is, and now the music is finally catching up to his self-proclaimed title as the ‘Best Rapper in Africa’.

Blaqbonez’s current win is even more monumental when you take into account the fact that he’s winning alongside a fellow rapper and MAVIN signee, Ladipoe who also topped the Apple Music charts this weekend with his new single titled “Feeling” featuring Buju. To understand the importance of a moment like this is to fully appreciate the long-winded battle that rappers in Nigeria have had to face to earn their stripes in the music industry. There was once a time that rappers were premiere acts for record labels in Nigeria–during the dominance of Strom Records in the noughties which saw the rise of artists such as Naeto C, Sasha P, and more. In the years since then, it hasn’t been an easy feat assessing the commercial viability of rap music but we’re now coming into times where the new vanguard of Afropop hitmakers are consistently working to show the world that African music can be multifaceted and diverse covering a range of genres.

This weekend, while we celebrated career-defining milestones from artist management powerhouses, Mavin and DMW which just celebrated 10 years of Davido marking a decade since he released his smash hit “Back When”, it’s interesting to see how much perceptions of a superstar has changed and developed through the years. With their joint win, this week, both Blaqbonez and Ladipoe, who are known to embody authenticity in their creative output, now represent a welcome change in the way that the Nigerian music industry currently operates. Hip-Hop may slowly be regaining its stripes, and now the numbers are there to back it up. All in all, on ‘Sex > Love’, Blaqbonez delivers his most self-assured offering to date and one that listeners will surely want to blast on repeat in the weeks and months to come.