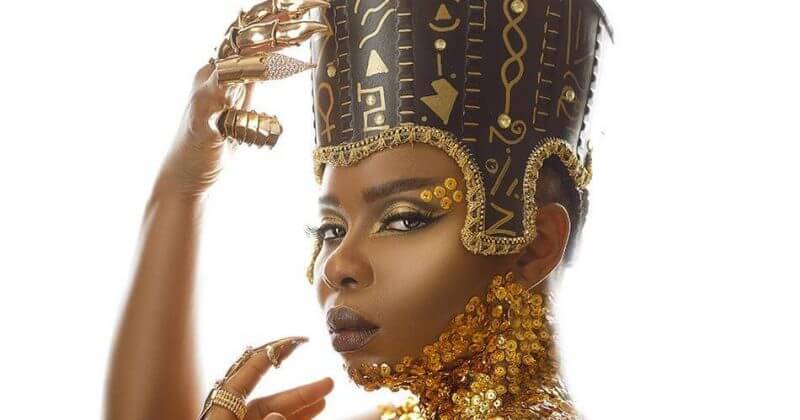 In 2013, Yemi Alade scored her breakout, smash single, “Johnny”. Since that explosive entrance into mainstream consciousness, the singer has evolved into one of the more prolific, pan-African superstars around. With her album titles like her debut ‘King of Queens’ and sophomore ‘Mama Africa’, she’s made sure to remind us of her constant commercial acclaim and overall impact as one of the foremost women on the scene.

Following her stellar run from last year, which saw the release of her fourth LP, ‘Woman of Steel’, and multiple features on the Beyoncé-led compilation project, ‘The Gift’, Yemi Alade has returned with her fifth studio album, ‘Empress’. She announced the project earlier this month, sharing its artwork and tracklist a few days back. The album is preceded by two previously released singles, the thumping, South African house-influenced “True Love”, which also serves as the opening track, and “I Choose You”, which features French pop superstar, Dadju.

‘Empress’ comprises fifteen tracks in its entirety, and according to the liner note on Apple Music, it “represents Yemi Alade stamping her mark on the genre while growing her sound”. The album also continues her pan-African outlook, with features from Patoranking, Mzansi Youth Choir, French singer of Ivorian descent, Vegedream, and she shares the smooth r&b cut, “Weekend”, with British singer Estelle.

You can listen to ‘Empress’ below.