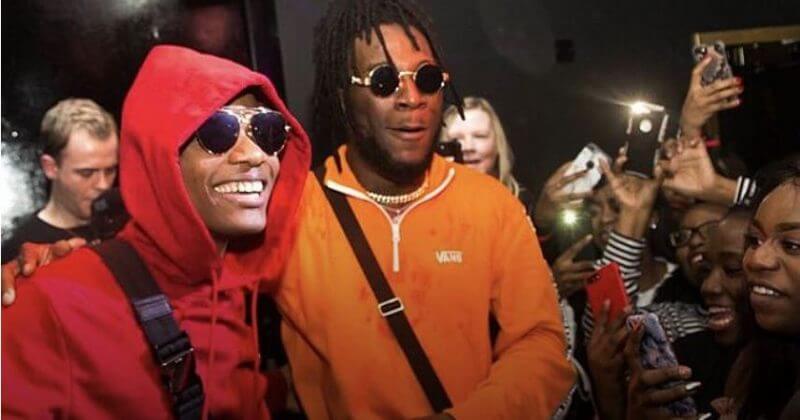 In just over a week since release, Wizkid’s ‘Made In Lagos’, has dominated music-related conversations. The superstar’s long-awaited fourth studio album came out on the back of sky high anticipations, and it’s clearly delivered on those stakes, reeling in an overwhelming amount of positive reception. To further verify the album’s commercial impact so far, “Ginger”, the Burna Boy-assisted fan favourite, has now made history as the first number one song on the inaugural edition of TurnTable’s Top 50 chart.

Announced last week, the top 50 chart aims to be the authoritative representation of the most popular songs in Nigerians, compiling numbers from radio airplay across 54 stations, TV airplay and all-genre freemium streaming platforms—i.e. Audiomack, Boomplay, YouTube etc. Initially launching its airplay charts in July, with data sourced from Radiomonitor and Media Planning Service (MPS), TurnTable charts has been building its rep as the go-to place for reliable, data-driven information about the most impactful songs in the country. So far, TurnTable has launched the Top Streaming charts and Top Triller chart, however, the Top 50 charts is its most monumental undertaking.

In its inaugural week, Wizkid dominates the Top 50 chart, which comes as little surprise after TurnTable announced that he had the biggest debut by an album on YouTube NG. Impressively, all fourteen songs on ‘MIL’ make this week’s chart, and even more impressive is that four of these songs are in the top ten of the chart. In addition to “Ginger”, “Reckless” (3), “No Stress” (4), and the Damian Marley-assisted “Blessed” (10) are in the top 10.

Keeping the top five from being a Wizkid monopoly, Davido’s delightfully abrasive and unwitting protest anthem, “FEM”, slots at the number 2, while “Zoom” by fast-rising artist Cheque is at number 5. Also in the top 10 is Tems’ “Damages” (6), Olamide’s “Infinity” (7), Patoranking’s “Abule” (8), and the newly released “Icons Remix” of DJ Neptune’s smash song, “Nobody” (9), which features recent Big Brother Naija winner, Laycon. This week’s edition of the Top 50 charts is largely populated by songs from Nigerian artists, with non-Nigerian entries including Drake’s “Laugh Now, Cry Later” (25), Ariana Grande’s “positions” (40) and more.

Strictly focused on listening and airplay trends in Nigeria, the TurnTable Top 50 charts is set to always reflect the most impactful music in the country on a weekly basis, with Fridays marking the beginning of its tracking week, which closes the following Thursday. As a resourceful tool with huge potentials, this chart, along with other platform-specific charts, will give definite insight into the commercial activities of Nigerian music within the country’s shores, which is a huge plus for a music industry that’s still growing its capacity.

You can take a look at this week’s full charts below.

ICYMI: WE NEED TO TALK ABOUT AFROBEATS