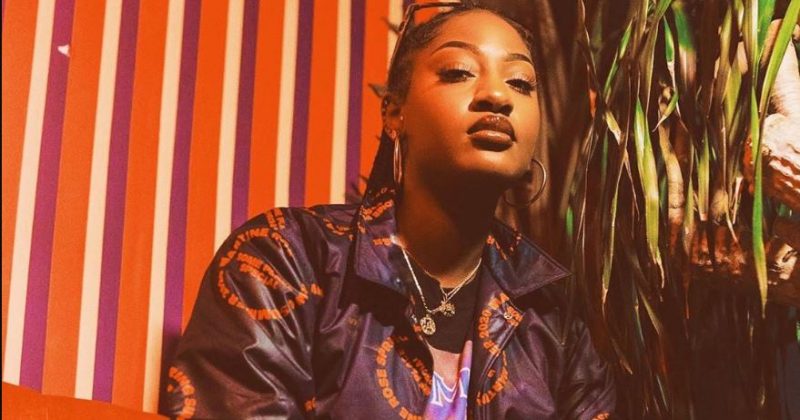 From the moment Tems made her sterling introduction with “Mr Rebel”, it was instantly evident that we were witnessing the bloom of a truly special talent. It’s been over two years since her debut single, and she’s been captivating more and more ears with each far-flung single and sporadic guest appearance.

Rather than rush into a debut project with all the goodwill she’s amassed from those captivating showcases, the big-voiced singer has taken the scenic route, building her rep as an artist that values being meticulous with whatever she puts out.

DAMAGES OUT NOW!!! GANG, love you guys like MAD. THE OIL HAS ARRIVED LET’S GET IT! LINK IN THA DAMN BIO💦 #DAMAGES #REBELGANGFL

Finally ready to go, Tems is set to release her debut EP, ‘For Broken Ears’ later this month. The highly anticipated project is scheduled to drop next Friday, and it will comprise seven songs completely written and performed by the singer, four of which she single-handedly produced. Ahead of its release, she’s shared the penultimate track, “Damages”, as the lead single, and the song sets a riveting tone for what to expect when the EP drops in its entirety.

“Damages” leans into everything that quickly endeared initial listeners to Tems; it’s emotionally expressive, instantly relatable and magnificently crafted. Getting in her self-assured bag atop a dancehall-adjacent beat produced by Spax, Tems sends a no-holds-barred kiss-off to a former lover, flaunting her emotional growth to let him know she’s far from interested in rolling the years back even though she doesn’t rue the naivety of her “baby girl” years. In her typically manner, “Damages” is loaded with artfully plain lyrics, clearly written from a personal perspective, and her chamber-filling voice effortlessly wrings out every ounce of feeling so that listeners can connect with the song’s emotive core.

With “Damages”, Tems continues to establish herself as one of the few singer-songwriters around that connects clarity and catharsis, an ability that elevates her on both the technical and thematic sides of her artistry. There’s little to no doubt that ‘For Broken Ears’ will expand on what makes Tems special, and we will all be paying rapt attention for the big event next Friday.

Listen to “Damages” and pre-add ‘For Broken Ears’ here.