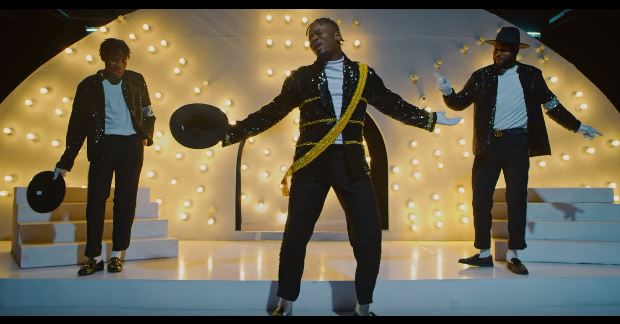 Watch DJ Neptune, Mr Eazi & Joeboy in the shimmery video for “Nobody”

DJ Neptune is currently prepping ‘The Greatness II (Sounds of Neptune)’, the follow-up to his 2018 album, ‘Greatness’ which housed some  He started the roll out for the upcoming album with the January release of lead single, “Tomorrow”, which featured Victor AD. He’s just shared a new single, “Nobody”, and it features vocal performances from Mr Eazi and Joeboy.

Relying on the featured singers’ proven ability to turn make romantic subjects ready for radio and dancefloor rotation, “Nobody” finds Joeboy and Mr Eazi confessing affectionate feelings for their love interest, over an uptempo beat by Magic Sticks. “Nobody” is accompanied by a TG Omori-directed video, and while it indulges in a glossy tropes attached to afropop videos, the striking parts of the video show the three artists dancing and performing their set in Michael Jackson-inspired attire.