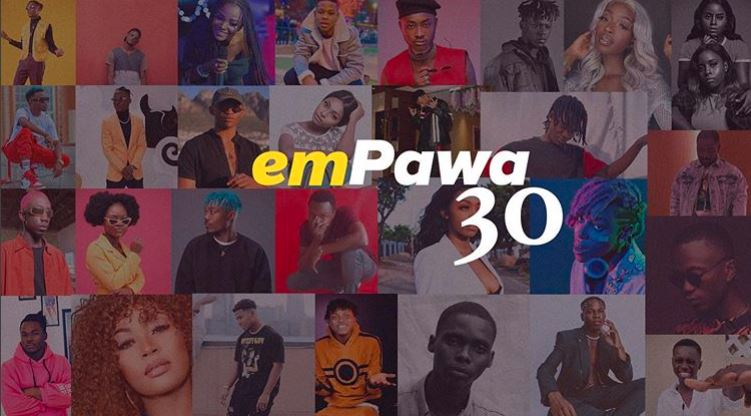 Mr Eazi has grown into a megastar since he quit Phone Trader, a tech start-up in Computer Village in Lagos to pursue a career as an artist. While much of the “Skintight” singer’s success has been credited to his strategic business moves, there’s no denying that he’s a force to reckon with in the music industry as he has enjoyed global success without being backed by any major label.

In 2018, he launched the emPawa Africa program, a charity and investment program to equip Africa’s most promising music talents with tools, network and money so they can become independent music entrepreneurs. YouTube Music also partnered with emPawa Africa to provide support for the artists as they provided funds to the selected #emPawa100 artists and helped push them to fame.

Joeboy is the current poster face of emPawa following his successful run after enjoying the initiative. His debut single, “Baby”, got over 18 million streams in the first 9 months while the other artists like Lady Donli, Ghanaian singer, J.Derobiefrom from the inaugural #emPawa100 campaign have also grown more renown since.

Mr Eazi has announced the selected artists for the second phase of the emPawa Africa program and talent Incubator. Last year, interested artists were instructed to submit entry videos for consideration and the selected 30 (#emPawa30) will receive a $10,000 non-repayable grant for filming their first official music video and pay for marketing services and other services to launch their music recording career. Mentors include Major Lazers’ Diplo, Dj Maphorisa, Jae5, Fred Gibson, Shekhinah, Harmonize, E Kelly, Guiltybeatz, Killertunes, DJ Neptune and Mr Eazi will be assigned to each artist for the 7-month duration of the incubator program.

The support system and emPawa Africa’s distribution platform will give more Africa artists a chance to reach a global audience and compete in global territories where the streaming landscape is more favourable. emPawa only charges a 1% distribution cost rather than the $6 flat rate. But beyond low-cost international distribution, emPawa is also invested in finding ways to reduce the bandwidth costs that impede legal streaming. Streaming numbers in America has already shown that people prefer to consume music legally if it’s readily available. If the same is true for Africa, with over a billion people living here, we might see a rapid shift in the global music landscape similar to that of Latin music.

The collaboration between emPawa and Vydia, a company which handles “digital infrastructure for audio and video distribution, content protection, rights management, advanced payments, and data tracking” also means artists will be provided back-end data about listener habits to help with single promotions and curating performance sets and deciding the best places to tour.

See all the artists on the emPawa30 campaign below.

0000
Previous Article Could The West African ‘Eco’ Provide a Lifeline for Nigeria’s Economy?