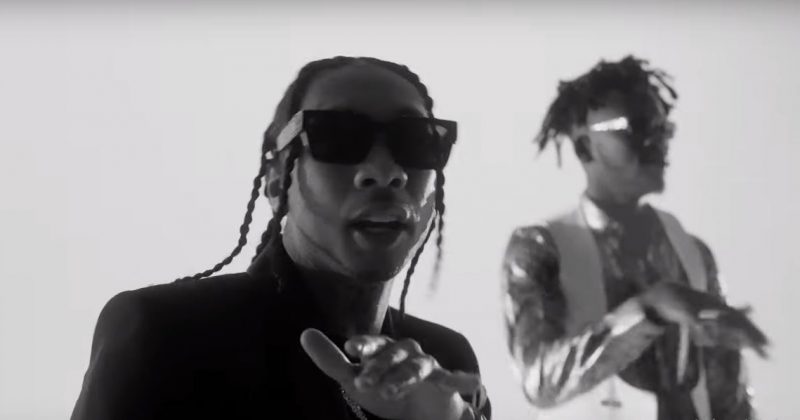 It was always only a matter of time before Mr Eazi scored an American feature, given the international trajectory his music has charted from ‘Accra to Lagos’ to‘Lagos to London’. His newest release, “Tony Montana” features American rapper, Tyga, for a cocky afropop bop that tributes his growth in the industry so far.

While Mr Eazi sings his melodic set, reminding everyone of how far he has come—from the days where he needed a Starboy co-sign, to putting others on through his emPawa campaign—the Killertunez-produced beat shows afropop’s ability to create a lightweight mood with synth percussion, guitar harmonies and bouncy drum riffs. One would think the singer and rapper switch lyrics books as Tyga’s verse gives a romantic spin to the confident ethos Mr Eazi’s opening verse and hook inspires.

The music video for “Tony Montana” is set in a studio, following the direction from Mahaneela. The black and white edits and shots of the artists smoking cigars gives the song more heft as they brag about their accomplishments while dancers move to the tune of the drums. Mr Eazi appears to have released “Tony Montana” as a birthday gift to Tyga who celebrates his birthday today.

ICYMI: Watch Mr Eazi, King Promise and Joey B hit the beach for their music video for “Call Waiting”