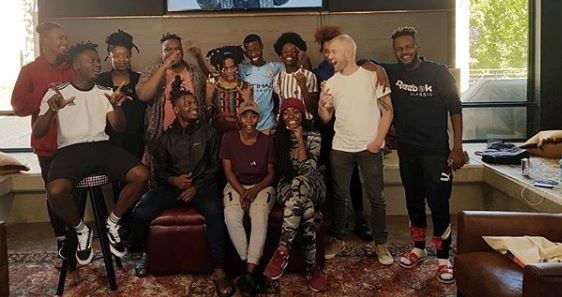 Last year, Afropop superstar Mr Eazi launched ’emPawa’, an initiative aimed at providing wholesome support services for upcoming African artists. The initiative’s first phase, “emPawa100”, provided funds $3,ooo each for 100 artists to shoot a music video, subsequently providing promotion for the videos via the emPawa Africa YouTube channel. Of the first set of recipients so far—all of whom have thousands of views on their videos—Nigerian singer Joeboy and Ghanaian Afro-dancehall artist J. Derobie have moved from obscurity, to becoming two of the breakout acts of the year.

Taking the program to a more comprehensive level, Mr Eazi and his team, in partnership with YouTube Music, have just opened the gates to submissions for emPawa’s second phase, ’emPawa30′. In addition to providing funds to shoot a music video, ’emPawa30′ will feature marketing support, and a mentorship program in which each of the 30 recipient will be assigned mentors, including Diplo, Juls, E. Kelly, Diamond Platinumz, Mr Eazi and more. Of the recipients, four artists will also receive additional funding to record more music, shoot more videos for the entirety of next year.

Spreading opportunities across the board, the eventual recipients will include 10 artists from Nigeria, 10 artists from other countries in Nigeria, 5 UK-based African artists, and 5 African artists in other parts of the world, including Canada and the U.S. Artists who want to be considered for the ’emPawa30′ phase, are asked to upload a short Instagram video clip of themselves performing an original song, a freestyle or a cover, with ‘#emPawa30’ as part of the video caption. Submissions close on September 15th, while chosen recipients will be announced on September 30th.