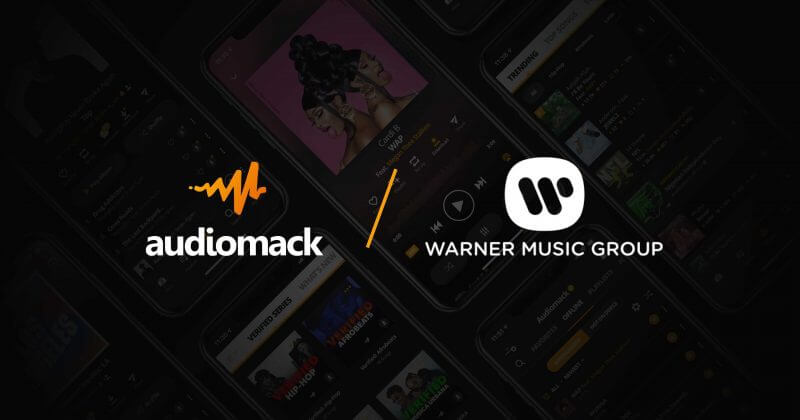 In July, Audiomack opened its first international office in Lagos, Nigeria’s commercial hub and one of the capital cities of African music. Audiomack’s arrival signalled a higher level of commitment to the African market from the streaming platform, as it looks to improve the quality of its services and grow its market share in Sub-Saharan Africa. Considering its increasing popularity amongst the continent’s modestly growing streaming audience, Audiomack’s physical presence was well-received as a potential step in the right direction, not only for the company, but also for the commercial structure of music in Nigeria and Africa.

Widening the catalogue of music accessible to Audiomack users in multiple African countries, Warner Music Group has announced a new licensing agreement with Audiomack. The deal is set to ensure that the record company’s diverse catalogue will be in countries available across the continent, as well as in Canada and Jamaica. Among the African countries included in this deal are Nigeria, Ghana, South Africa and Tanzania. Also included in the partnership, Audiomack will provide support for WMG’s A&R activities in the region, using data-based insight to help the record company identify talented, rising stars.

“We are delighted to bring the Warner Music Group catalogue to Audiomack’s millions of listeners across Africa”, Dave Macli, CEO of Audiomack remarked in a statement. “Audiomack’s goal has always been to provide every artist worldwide with a no-cost platform to launch their careers and connect with new fans. As a result of this deal, African artists on Audiomack who decide to partner with Warner will remain on Audiomack and connected to their earliest supporters.”

Warner Music Group is one of the “big three” recording companies. It owns and operates some of the biggest and most successful record labels in the world, including Warner Records, Atlantic Records and Parlophone Records. Last year, it signed a partnership deal with Chocolate City, one of Nigeria’s most revered record labels. This partnership with Audiomack is the latest strategic deal in the record company’s goal to emerge and strengthen itself as a key player in the African music market.

“We are really excited to be able to tell more African stories with this new deal”, Charlotte Bwana, Head of Business Development & Media Partnerships at Audiomack Africa, remarked. “We look forward to supporting the most brilliant talents from this side of the world on a more global scale.”

Next Article 5 Takeaways from Davido’s ‘A Better Time’