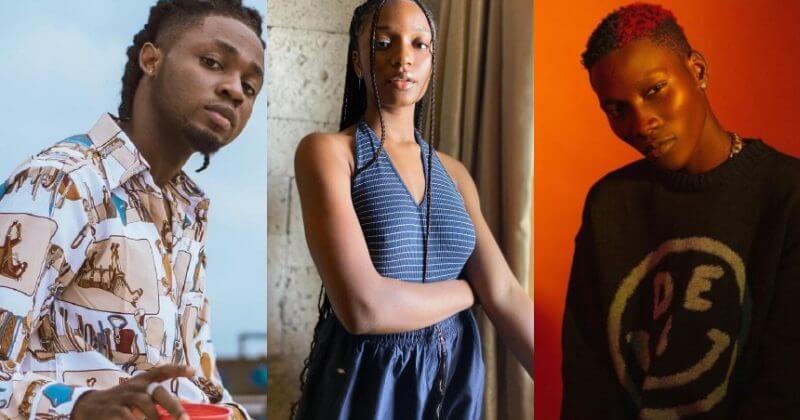 Turntable Top 50: The usual suspects top the charts this week

Going back all the way to 2019 his street smash, “Popo”, it was clear Zinoleesky was on his way to superstardom. Last year’s “Mapariwo” was the much-needed confirmation, and his current smash hit, “Kilofeshe”, is only fulfilling his reputation. On this week’s edition of the Turntable Top 50 chart, the Amapiano-fuelled single has jumped four spots from its previous position to No. 6, a new peak for the song and the increasingly ubiquitous artist.

Last week, Mavin’s latest budding superstar, Ayra Starr, made history as the highest-charting female artist yet on the Turntable Top 50 charts. Her breakout single, “Away”, off her instantly impressive eponymous debut EP, climbed to the No. 5, having initially debuted five spots below in the previous week. This week makes it the third week in a row Ayra’s hit song has stayed in the top ten of the charts, and even though it slides down to No. 9, her achievement remains remarkable. 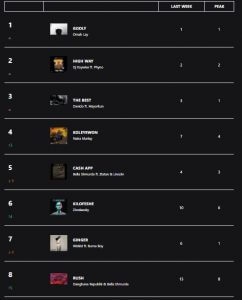 The top three remains unchanged for the second week in a row, with Omah Lay’s “Godly” leading the pack for a record-extending eleventh consecutive week. The singer/producer’s latest smash continues to keep DJ Kaywise and Phyno’s Amapiano-indebted hit, “Highway”, at No. 2, while Davido and Mayorkun’s phenomenal collaboration, “The Best”, rounds out the summit. The upper echelon of the Top 50 remains largely unchanged, with Dangbana Republik and Bella Shmurda’s “Rush” and Davido’s “Jowo” breaking into the top ten, the former leaping from 13 to 8 on the back of an increase in Radio airplay impressions, and the latter moving from 11 to 10.

Bella Shmurda also has another entry; “Cashapp”, his (unnecessarily) controversial collaboration with Zlatan and Lincon moves down a spot to No. 5, making it the eighth consecutive week the song has spent in the top ten. Wizkid and Burna Boy’s “Ginger” drops from No. 6 to No. 7, while Naira Marley’s “Koleyewon” ascends three spots back to its peak No. 4 position. Just outside the top ten is Joeboy’s “Focus” at No. 13, which becomes his highest-charting single from his debut LP, ‘Somewhere between Beauty & Madness’. There are two other tracks from the album in the Top 50, “Lonely” at No. 27 and “Celebration” at No. 38. Fresh Meat alum Gyakie also debuts on the all-genre Top 50 with “Forever” for the first time this week at No. 46.

You can take a look at the full Top 50 chart for this week here.

NATIVE EXCLUSIVE: THE CAVEMEN ARE STARTING A RENAISSANCE IN PAN-AFRICAN MUSIC

Next Article Songs Of The Day: New music from SGaWD, Emo Grae & Mo’Believe