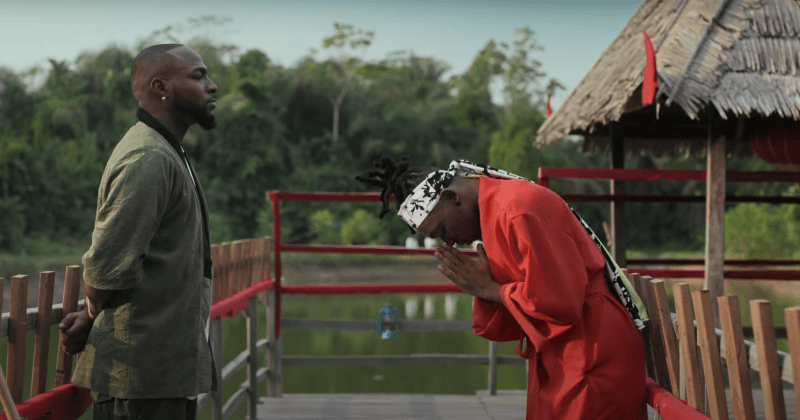 Davido has opened his account for the year by sharing the video for “The Best”, one of the standout tracks from his latest album, ‘A Better Time‘. The song, which celebrates Davido’s impact in Mayorkun’s rise to fame and his influence on Nigerian Pop at large, boasts catchy melodies to match the artist’s brag, and for this and it has remained one of the top 10 songs in the country on the TurnTable charts since it was released last year. Directed by Dammy Twitch, the newly released video is sure to elevate the song from its current position at #9 as takes Mayorkun’s confessions; “See I learnt from the best oh/ Davido,” and turns it into a samurai trope of a student learning from his master.

The colourful costumes, dancing, and acrobatic performances make the Asian themed visual compelling while we see Wande Coal make an appearance as one of the samurai masters, a nod to Mayorkun’s cheeky bar, “Shey you sing pass Wande Coal? Pele.” However, it’s the palpable bromance between Davido and Mayrokun that makes the video a worth accompaniment to the smash hit, with several shots of them training together for a battle which Mayorkun eventually wins with ease.

Watch the video for Davido and Mayorkun’s “The Best” below.

ICYMI: Davido’s ‘A Better Time’ was among our best albums of 2020