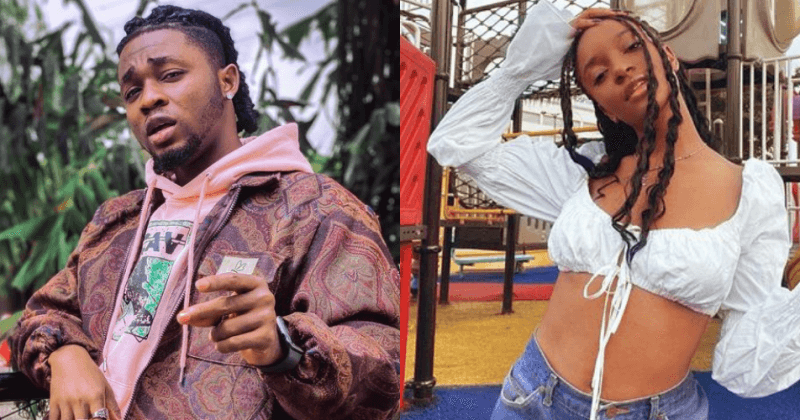 Exploding onto the music scene, as all Mavin fresh meat do, with a stunning 5-track EP, Ayra Starr made her charting debut in style, coming in at number ten on the Turntable Top 50 Charts last week, with the project lead single and opening track, “Away”.  Though her equivalent streams are down 23.6% shifting her from 17 to 23 on the Top Streaming Charts, Ayra’s radio airplay position goes from number 6 to number two, whilst she debuts at 21 in the TV Top Songs chart, with audience impressions up a mammoth 852%.

Suggesting that the buzz is not momentary, positioning Ayra as an artist here to stay, her success on TV and radio has pushed “Away” a total of five places upward in the Top 50 charts, earning its spot in the top 5, at position five this week. This is a historic feat for Ayra, who becomes the only Nigerian woman to enter into the top five of the top 50 charts.

In the top 5, Ayra is joined by Bella Shmurda, whose “Cash App”, featuring Zlatan and Lincon, slides from its peak at number 3 to number four; “The Best”, the collaboration between Davido and Mayorkun that was just fitted with a rousing music video that has bumped the single up from its position at 11 last week to the number three spot; and the number one and two singles from last week – Dj Kaywise & Phyno’s “High Way” and “Godly” – both neck and neck in the closest chart points between two songs in Turntable Chart history.

Back at number one again, this marks the tenth week Omah Lay’s “Godly” has enjoyed an uninterrupted run as the number one song in Nigeria. With 1.38 million equivalent streams this week, “Godly” is back on top of the Top Streaming Chart and retains its number one spot on the TV Top Songs Chart, but loses a position on the Top Airplay Charts from the second highest charting song to the third highest. A blend of all three charts, “Godly”‘s continued success across these media has ensured Omah Lay a record extending run on the Turntable Top 50, one that crowns him as the first artist to spend double digits in the number one spot.

Outside of the top five, the usual suspects have simply reshuffled. “Ginger”, by Wizkid featuring Burna Boy, is booted out by “Away” at number five and drops to 6, closely followed by another top 5 exile “Koleyewon” by Naira Marley, which falls from 4 to 7 this week. Olamide’s “Infinity” and “Loading” shift one position down occupying positions 8 and 9 on the charts this week, as Zinoleesky closes out the top ten with “Kilofeshe”. You can check out the full top 50 chart for this week via Turntable here.

Next Article Songs of the Day: new music from Pheelz, Terri, King Promise and more