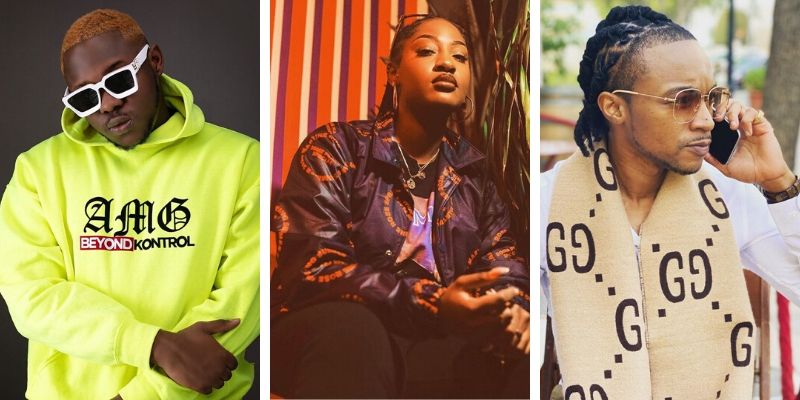 If there’s one thing to be grateful about in these bleak times, it’s that artists are consistently putting out music that simultaneously soothes us and whisks us away into the promise of a better tomorrow. Even though we’re working remotely, our editorial team at the NATIVE listens to tons of new music, so we figured it’s only right to share the best music we come across, with our selections serving as a representation of the liberal, diverse state of African music today.

At the beginning of the week, we brought you new songs from Don Jazzy and Teni, Fokn Bois, Töme and King Promise, Jean Feier and more. For your listening pleasure today, we’re recommending Tem’s emotionally captivating new single, Vector and Masterkraft’s club-ready banger, Medikal’s foray into drill music, and more.

Thank you to all the artists making and putting out music right now, it’s doing more than you know.

With three official singles and a slew of killer guest appearances, it’s apparent that Tems is one of the marquee artists of our generation, and her latest effort, “These Days”, is only a reinforcement of that. Lamenting about the breakdown of a relationship and recollecting the initial red flags, “These Days” encapsulates the period we’re currently experiencing, where distance induces reflection and exacerbates flaws we thought we could overlook. In trademark fashion, Tems puts in an emotionally captivating performance, singing her plaintive and powerful set over Rvdical’s earthy neo-soul production.

Since dropping his 2018 EP, ‘Lazy Genius’, Ayo Jay has been mostly quiet. The singer has now made a return with “Peace of Mind”, a romantic cut where he seeks resolution following an argument with a partner. Backed by dreamy guitar riffs and mid-tempo percussion, Ayo portrays the tension between both parties, albeit with a clear bias towards himself, claiming that all he really wants is peace of mind. With his gently flowing melodies, though, it’s hard not to believe him.

This Friday, Vector and Masterkraft will release their joint EP, ‘Crossroads’. Earlier this month, they shared the socially inclined lead single, “If We Must”, however, they head straight to the club with the second pre-release single, “Eyan Colgate”. Assisted by DJ Neptune whose contribution is limited to ad-libs, the pair come together for a groovy banger, with Masterkraft singing the playful chorus and laying down the hypnotic house-inspired beat, while Vector loads his verses with self-aware quips and party-ready raps.

From recent efforts by Cassper Nyovest and Espiquet, it’s evident that drill is slowly by surely working its way into prominence in African rap music. Ghanaian rapper Medikal is the latest to tap into the subgenre’s menacing attitude, with his latest single, “Nonsense”. Over a haunting and explosive beat, Medikal flaunts his affluence and wags his fingers at those living a lifestyle of fake wealth. “Just because I follow you back on IG don’t make you my bro”, Medikal sneers on the second verse.

Off his 2019 album, ‘Ungqongqoshe Wongqongqoshe’, South African rapper, Big Zulu scored a hit song with the Caspper Nyovest-assisted “Ama Million”. For his first drop of this year, Big Zulu has remixed the single, this time around featuring stellar appearances from fellow S.A rappers Kwesta, YoungstaCPT and Zakwe. MushioliQ makes a return on this remix, singing his infectious hook, while the rappers trade assertive raps on their skill and affluence over a thumping trap beat.

0000
Previous Article Examining the history and value of African hair

Next Article Alton Mason’s short, ‘Rise in the Light’ shows the importance of reconnecting with your roots