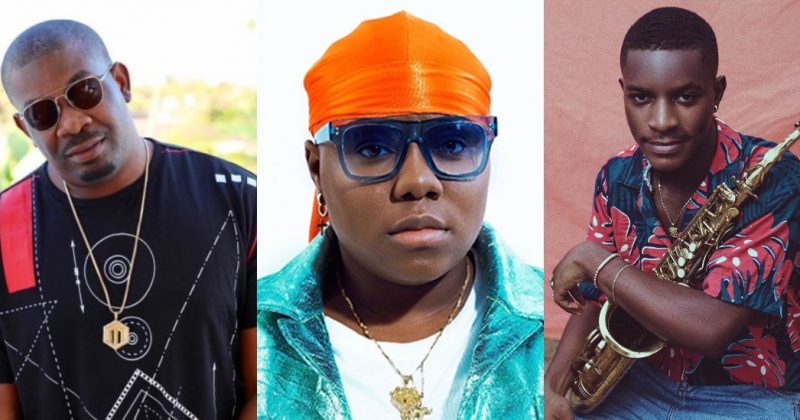 Today, one could very easily argue that the Nigerian musical landscape is more liberated from the audience’s expectations than it’s ever been, and artists now have the room to re-imagine genres to fit their own personal expressions. This allows for an expansive range of new music from many different artists, which can become overwhelming, so we’ve decided to help out by sorting through new songs from across all the sub-genres around the continent to highlight all the new releases you absolutely need to hear.

Thank you to all the artists making music right now, it’s doing more than you know.

Ghana’s Fokn Bois have made a name for themselves, as one of the few groups using their music to deliver socially conscious messages, with their last single “True Friends” featuring Mr. Eazi targeted at opening up honest dialogue about the LGBTQI+ members of the Ghanaian society. For their first single of the year, “Gallon (Hey Bad No)” the boys are back with another socially conscious tune, this time aimed at making listeners feel good about feeling bad.

“Say bye-bye to commonsense, we are artificial intelligence/Everybody are you happy?” they sing-rap, as the cut-throat rap verses poke at the injustices citizens face in their country which is juxtaposed with the feel-good upbeat hook that is sure to get anyone off their feet and chanting along. The Kubolor Cini directed music video was created entirely using Instagram filters and sees the boys alongside some of their fans and supporters joining in on the mission to spread some joy.

Jinmi Abduls has built the bulk of his growing catalogue on being charming, with his affectionate lyrics and melodious baritone voice. His new single “Aya” is no different, as he continues this charming streak with help from Grammy-nominated producer, TMXO, and highly skilled guitarist, Bendrixz. Over the shaky drums and highlife-inspired chords by TMXO, Jinmi Abduls does what he does best, making beautiful love songs in Yoruba, which are emotionally layered and incredibly produced.

Töme – “All To You” (featuring King Promise)

emPawa star, Töme is back with a new single “All To You” and this time she’s tapping into the sweet smooth melodies of Ghana’s King Promise. The romantic number has Töme addressing a love interest directly as she longs to go deeper with their love. ‘I’m ready for you, so ready’ she sings over the hook showing her readiness to let go of her defences and give her all to this new lover. Her new project ‘Bigger than 4 Walls’ is set to drop this week and we can’t wait to hear more of her sweet-sounding vocals.

There are many artist-producer duos that will be immortalised in history as being one of the greatest pairings ever, from Burna Boy and Leriq to Naira Marley and Rexxie to Santi and the Monster Boyz. There is no shortage of these pairings and singer/songwriter Muyiwa Akhigbe and BankyONDaBeatz have proved time and again that they have an undeniable chemistry in their music.

“Don’t Stop” is a swift follow up to their recent ‘Hard Guy’ EP, and the pair are as formidable as ever on this romantic number. ‘I can’t wait to see you/Every minute of the day I’ve got you on my mind’ sings Muyiwa, over melodic acoustic strings, vivid percussion patterns and eclectic drums making for an almost trance-like infectious love song.

Jean Feier – “Here with Me”

We can’t seem to get enough of Jean Feier’s syrupy hazy vocals, which she flaunts so well in every one of her songs. She has been releasing new music weekly since the beginning of the year, in a personal project she has named #NewFeier. On “Here With Me” she delivers a thoughtful acapella number for a lover who she wishes to take everywhere with her, on new adventures. Over the moody production by JXXB, she sings ‘I’m haunted by your memories/There are vultures in the sky And I’m barely getting by’ as she morosely longs for a lover who is far from her reach as she desperately tries to reconnect with them.