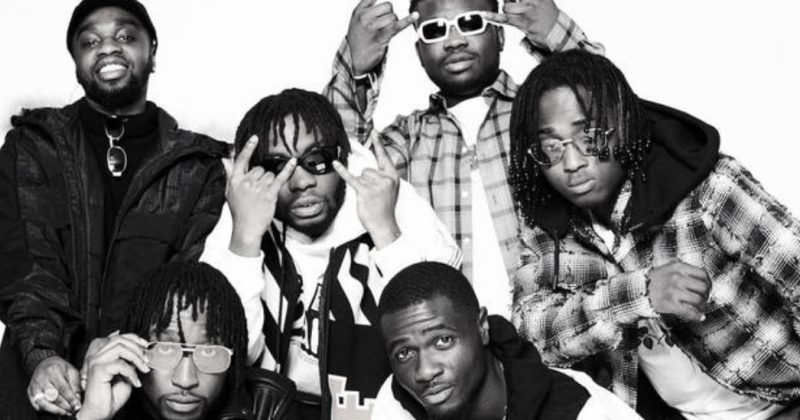 Last week, we brought you Rema’s new collaboration with Samzy, we also had new music from Aramide, Kida Kudz, Tomi Agape, WurlD, Yinolu, FamousCTwo, and Psycho YP as well as Namibian rapper, Lioness’ new album. To start off the new week, we have new music from NSG, Bella Alubo, Marv, Manifest, Mugeez, and many more. Dig in, and you’re welcome.

Raise your hands if you were today years old when you realised NSG stands for Nigeria slash Ghana! Over the weekend, the UK’s biggest music group, NSG announced their forthcoming EP, ‘Roots’ which is due for release next month. The 18-track collection is set to feature Jae5, Chip, Tion Wayne, Legendary Beatz including pre-released fan favourites such as “Options” as well as their new single “Porsche”.

In their usual fashion, the boys are just having fun and vibing with each other over a fusion of trap and afrobeats-inspired sounds. In the accompanying music video, the group is seen having fun and boasting about their success since stepping on the scene as they enjoy the company of seductively clad dancers and deliver their verses in front of a Porsche – no less.

Manifest is back with a new single “We No Dey Hear Word”, a swift follow up to his last self-assured single, “No Long Talk”. This time around he teams up with Kel P, and fellow Ghanaian rapper Kelvyn Boy for a catchy upbeat number about staying true to oneself despite the curveballs that life throws.  ‘New things on the horizon/Boys no dey hear chale that’s the slogan too’ M.anifest sings assertively before he is joined by Kelvyn Boy’s melodious voice on the song’s hook both adding to the uplifting tone of the song.

The accompanying video directed by Allison Swank begins with the propitious message ‘When life puts me in a tough situation, I don’t say why me, I say ‘try me’. Shot in Accra, we get to see the sights and sounds of the city and watch the immense strength and courage of its inhabitants.

Bella Alubo is currently isolating in London, where she is bagging her Master’s degree and for her latest offering has given us something to enjoy during the quarantine. On “Loneliest Girl in the World”, Bella whips up a syrupy synth production upon which she speaks about the struggles of living alone abroad. ‘I ain’t go no money/I ain’t got no friends’ she sings, baring her sould for her fans to see. With this song, we get to understand her isolation routine a bit more and the accompanying visualiser helps paint a more vivid picture of what the artist is getting up to. We also love that the track is a donated single, all proceeds she makes will be going towards COVID-19 relief in Nigeria, so make sure you listen and keep listening!

Abuja collective, Apex Village has whipped up a considerable level of fame in the last couple of years, putting out a prolific stream of music releases to satiate their expanding fanbase. Despite the strength they garner as a group, the members of the collective are currently cultivating budding solo careers from Psycho YP to Zilla Oaks and Marv OTM. This month, producer and artist Marv OTM is set to release a new project with fellow producer, Malik Bawa and ahead of this, they have shared a new single “Jetski!” featuring one of our Fresh Meat artists, Zilla Oaks. The new single sees both artists trading bars about running circles around the competition and staying ahead of the curve with their impressive braggadocious raps.

South African rapper, Emtee has just released an ode to the city that raised him into the man he is today, in new single “Johustleburg”. Producer and long-time collaborator, Ruff is responsible for the frenzy of scant bass, hi-hats and whistles on the new track. ‘You can’t play a Jo’burg nigga like that/people here hustle day and night’ he sings, admirably talking about the city of Gold and reflecting on the dangers that many within the city face.

0000
Previous Article Best New Music: KiDi takes inspiration from the ‘80s on “Next Time I See You”

Next Article For the Girls: In conversation with Deena Ade about her love for Lagos, her music and SlutWalk