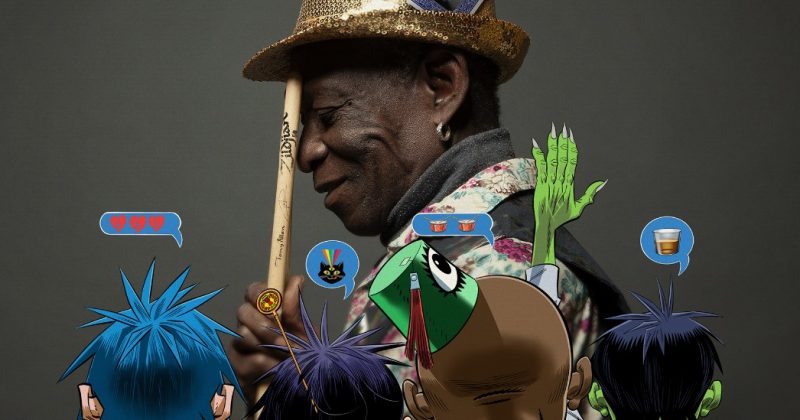 Today, one could very easily argue that the Nigerian musical landscape is more liberated from the audience’s expectations than it’s ever been, and artists now have the room to re-imagine genres to fit their own personal expressions. This allows for an expansive range of new music from many different artists, which can become overwhelming, so we’ve decided to help out by sorting through new songs from across all the sub-genres around the continent to highlight all the new releases you absolutely need to hear.

Last Friday, we enjoyed new releases from DRB, WurlD, Adekunle Gold, Maison 2500, Adanna Duru and many more, as artists around the continent continue to roll out much-needed music to get through these strange and unprecedented times. To start off the new week, we have new releases from Skepta and the late Tony Allen who join the Gorillaz on their new single “Song Machine: How Far?”. We also have new releases from M.anifest, Dammy Krane, ShowDemCamp, Idris King x DAP the Contract, Deena Ade, Ictooicy. Dig in, and you’re welcome.

Grammy-winning group, Gorillaz are paying homage to the late Afrobeat legend, Tony Allen with their new single “Song Machine: How Far?” which they enlisted Skepta for. In his usual fashion, Skepta reflects on his journey whilst navigating the music industry with impeccable flow, rapping: ‘Just know I love the action but I move in silence/Taking what’s mine till Elizabeth returns the diamonds’ self-assuredly before the song closes out with Tony Allen’s vocals.

In a press release, the Gorillaz revealed that “The track was written and recorded with Skepta in London just before lockdown and is being shared immediately as a tribute to the spirit of a great man, Tony Allen”. Rest in Power.

M.anifest is back with his first single since the release of his third studio album last year. “No Long Talk” begins with what appears to be a voice note from his father commending him for his achievements and filled with immense pride for his creative son. On the upbeat track produced by Mike Millionz’onem, M.anifest tackles fame and pain with sharp, clear raps. ‘I come alive on IG Live/The lockdown has put a padlock on any new love’ he raps confidently, speaking about how the current state of affairs has made artists resort to social media channels like IG live to connect directly to their fans. The rapper is definitely taking full advantage of this, and is currently collating videos of fans rapping along to “No Long Talk” for a quarantine video special for the new single.

Rap duo, Show Dem Camp has just released their first single of the year which features talented singer, Sir Dauda, which reflects upon how far they’ve come in the game over the years. With an Ikon-produced beat laced by acoustic strings and vivid percussion patterns, the duo trade bars about getting shit popping after years of grinding in the come up as independent artists. In the accompanying music video, we get to see their come up in real-time, with clips of their highs and lows, and the fans who have stood by them throughout their journey.

Dammy Krane is clearly gearing up for a comeback on the scene this year, with a new EP titled ‘4 D Girls’ which is due for release this year. Ahead of this, he recently shared the first single, “Aje” where he sings praises to God about his privilege to have basic amenities even in the face of economic struggles in Nigeria. The catchy upbeat track which was produced by Gnash makes for a real feel-good appreciative number, fitting for the unprecedented times we’re all currently facing.

Idris King has just released a new 3-pack release titled ‘Pure’ over the past few weeks, which is exclusively available to stream on his website. His latest drop, “Roses” featuring DAP The Contract sees the pair lusting after a love interest who they seem to be disconnected from. Over airy synths, he alternates between rapping in French and English, while he tries to remind her of the love they shared, before opening the floor for DAP’s straightforward raps.

We love hearing songs from artists who are able to sing what we’re all feeling inside, but aren’t quite able to express, which is what makes Deena Ade’s latest number so special. On “Bitter”, Deena Ade mourns a lost love and is full of rage and anger at this person who has hurt her. ‘Yeah my ego is bruised but I gotta let you go/Yes I’m kinda bitter’ she sings with strong vocals to express her deep pain and resentment for this person who has caused her irreparable damage. We feel you girl!

Watch the homemade music video for “Bitter” below made by Deena Ade herself and Yunastand.

Ictooicy is definitely one of the most hardworking young artists in these times, and even in the midst of all the chaos, she’s continuously rolling out content for her social media following from freestyles to new singles and visuals. For her latest release “Die For You”, she’s longing for a past lover and likens her love for this person to a drug which she can’t seem to get enough of. ‘Always knew our love will fade away/And you’re my heroin make me fade away’ she sings, digging into the frustrating knots of life and flipping them into echoing synths-inflected number.

Theophilus King has just released his first single of the year titled “Cha Cha Cha”, a catchy upbeat number infused with bass, hi-hats, and whistles and slick, scant singing, sure to get anybody on their feet and dancing along. The song is heavily influenced by Salsa, with the title immediately invoking the cha cha slide, whilst managing to flip the popular sound for a boastful rap number.