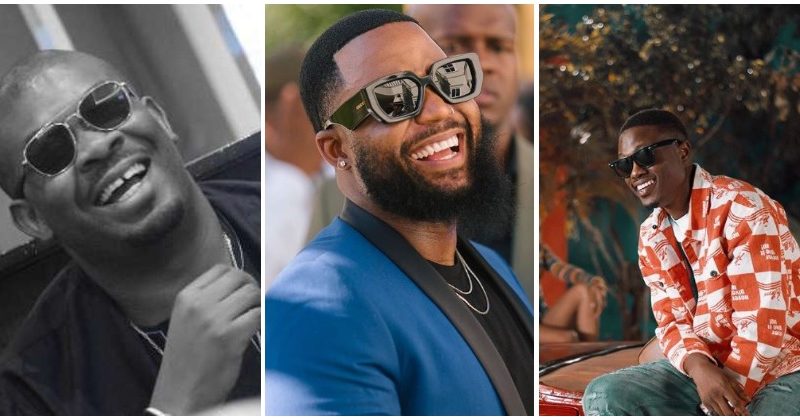 At the beginning of the week, we brought you new releases from Show Dem Camp, M.anifest, the Gorillaz-curated collaboration between Skepta and the late Tony Allen, and more. Today, we bring you a collaboration between Don Jazzy and Falz, Cassper Nyovest’s second single of this year, the lead single from a joint project between Vector and Masterkraft, and more. Dig in, and you’re welcome.

Don Jazzy’s evolution from mystical music producer to an icon with a jovial presence on social media has been interesting to watch. Two weeks ago, Don Jazzy shared a video of himself singing a coronavirus PSA, and fans immediately began to hound for the song’s official release. Now, he’s given people what they want with the new track, “Safe”, which is straightforward in its message, encouraging listeners to adhere to social distancing rules during these uncertain times, and also show love and support to family, friends and those around in whatever way possible. Falz also stops by for two verses, reinforcing Don Jazzy’s stance with his bracing raps.

In the years since his mainstream breakout, Cassper Nyovest has amassed a long list of achievements, and he makes sure to flaunt his acclaim every chance he gets. “Amademoni”, his second single of the year, finds the South African rapper in boastful form over a whirring drill beat—he notably namechecks Pop Smoke at the beginning of the song. Assisted by Tweezy, who delivers the catchy chorus, Cassper reiterates his status as a top dog in African rap music, backing it up with a music video loaded with snapshots of sold-out concerts and meetings with international superstars like J. Cole.

Since capturing mainstream attention with the Timaya-assisted hit song, “Man on Duty”, King Perryy has remained active via a consistent run of singles and features. While the singer is currently prepping his debut project, tentatively titled ‘Citizen of the World’, he dropped a new single, “Jigga”, to celebrate his birthday a few days ago. Backed by a groovy beat which combines elements from Igbo folk and dancehall, King Perryy dedicates the club-ready anthem to friends and his supporters, imploring those who aren’t in this sect to “dey one side”.

Canada-based singer TÖME is currently gearing up to release her sophomore album, ‘Bigger than 4 Walls’, later this month, and she’s already giving us a peek into what to expect. A few days ago, she shared the vibrant “Free” as the lead single, and she’s now followed up with a second single, “Magical Fruits” featuring Wavy the Creator. TÖME and Wavy make a great musical pairing, conjuring images of a baecation on a tropical island, as their sensual vocals glide over the airy piano strings and lightly swinging drums.

Vector x Masterkraft – “If We Must (Sun x Rain)”

Less than six months after dropping ‘Vibes before Teslim’, Vector is preparing to drop ‘Crossroads’, a new joint EP with ace Afropop producer, Masterkraft. While the 5-track project will be released later this month, the pair have shared “If We Must (Sun x Rain)” as the lead single. Solely backed by angelic vocal samples and minimalist piano chords, Vector goes into stream of consciousness mode, rapping thoughtfully about the current pandemic, conspiracy theories and the divide between the haves and have-nots. “If We Must” hones in on the socially aware side Vector has always shown on social media and in interviews.

In between their hedonistic intentions and savage-heavy lyrics, trap artists are quite adept at sneaking in personal stories and truths in a way that’s catchy and affecting. FSB’s “High Enough”, one of the standouts from his newly released debut project, ‘First Impression’, follows this M.O. “My ex say I need help, can’t look at my shelf”, FSB admits, immediately following up by bragging about the amount of Supreme gear he owns. Supported by a floating piano loop and reverbed 808 bass, he balances introspection and materialism, admitting the wrongs in his past relationship but also deferring to his growing wealth as something of a crotch.