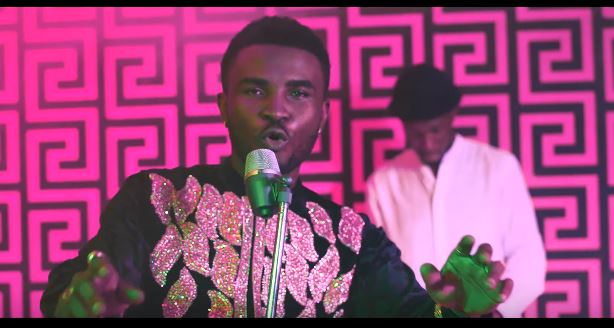 Even though it’s been constantly mined for inspiration by countless artists, the pristineness of Yoruba folk music remains untainted. For contemporary references, you can cite accomplished artists like 9ice and Adekunle Gold who draw heavily on storied offshoots like fuji and juju. There’s also younger ones like Barry Jhay, who straddles the line between fuji-inspired street-hop and mainstream afropop, and Mo’Believe, who refers to his music as urban folklore.

Joining this lineage is Gbasky, a singer who makes folk-pop music many can relate with. ‘Black Frequency’, the singer’s recent sophomore EP, is a soulful take on his influencing genre, mutating vintage rhythms into smoothed and often downbeat cuts. This sonic palette is especially fitting for Gbasky’s self-motivational quips, where he sings about his drive to fill up his pockets and live a hassle-free life. Hustle-themed lyrics accompanied by folksy production is nothing novel, but Gbasky’s palpable honesty drives him closer to the tier of artists who have used this combo to transcendental effect.

On “Money Devotion”, the remarkable lead single, where he subtly interpolates afro-folk legend Beautiful Nubia, Gbasky swings between Pidgin English and Yoruba for his spiritually-inclined set, giving listeners a glimpse into of his hardworking mentality and praying to reap the fruits of his labours. “Before dawn I don wake up, me and poverty don break up”, he gently reveals over West Kulture’s plinking guitar harmonies and sparse percussive groove, using the desire in his voice as the main point of connection to the listener.

With a strong sense of his vocal abilities and limitations, Gbasky works his melodies into nimble and conversational cadences, lending an extra layer of intimacy to his sincerity. It also helps that he’s a pretty solid writer. On the King Perry-assisted “Free Person”, he sings the particularly clever line, “make dem no use their red eye stain my white”, a catchphrase with strong potential to enter pop culture lexicon.

One thing is sure, though: ‘Black Frequency’ is a massive upgrade from his previous project, ‘Phenomenal’. On the 2017 debut, Gbasky narrowed his vision to make formulaic music that played into the hit song mentality, giving little to no trace of a relatable or magnetic character. He occasionally stumbles into similar traps on his new project, like the catchy but anonymous love song, “Original”, and the overtly club-fitted “Fun Wan Tan”, where he eschews any lyrical depth for a glossy personality.

Even with these missteps, which are far outweighed by the positives, ‘Black Frequency’ marks out Gbasky as an artist who’s improving with each effort. In many ways, we’re seeing the portrayal of an artist who is insistent on developing into a singular and more compelling voice in the nearest future.

ICYMI: BARRY JHAY’S ‘BARRY BACK’ IS A TRUE REPRESENTATION OF HIS COMING OF AGE STORY

Next Article NATIVE Exclusive: 2020 is the year of Dice Ailes’ debut project