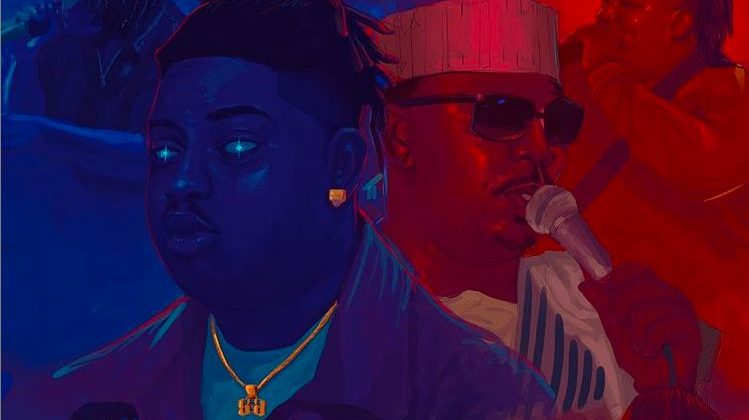 Essentials: Barry Jhay’s ‘Barry Back’ is a true representation of his coming of age story

Barry Jhay’s backstory as the son of late Fuji music veteran, Ayinde Barrister, can fool some to think he earned his street cred through inheritance. However, it was his reflective and emotive candour that made his breakout single, “Aiye”,  a mantra on the streets of Lagos. Fans have since anticipated his debut project and showed up in mass for the listening party organised ahead of the release of ‘Barry Back’ last week.

The same Yoruba-fueled performance that resonates somewhere between solemn introspection and motivational-speak continues to inform most of the 9 new tracks on ‘Barry Back’. The album builds out to show how his growth as an artist has allowed him to explore a wider range of sounds and themes. From the intro track, “Barry Back”, he uses his come-up story in the music industry to give pro-life tips to listeners; “Emi ma jaiye t’emi on a low(I’ll live my life on a low)/Ototo la wa aye(We came here individually)/ Ile aye lati pade ara wa(We just met here)”. On the next track, “Ashe She”, he continues to encourage listeners, asking them to remain prayerful as his auto-tuned vocals add an angelic sheen to the energetic beat produced by Tee-Y. On every album, you typically find the one song dedicated to God, and on the 7th track, “Ma So Pe”, he sings praises to his creator.

The narrative changes shape from the 3rd track, “Daddy”, a romantic song which proves to us that he’s just as capable of making club bangers, as he is at making thought-provoking songs. For the wedding-dacne destined “Only You”, he cleverly enlisted afropop’s current loverboy, Davido, whose reputation makes the affectionate lyrics convincing.

The EDM-inspired Ice Beat-produced instrumentals for “Pa Mi” pushes the boundaries of Barry Jhay’s sonic experimentation, as he blends his Yoruba melodies with a familiar sample from The Harlem World & Ma$e “I Really Like It” to fit into the pockets of the EDM beat. Barry Jhay continues to show off his nimbleness with the return to introspection on how he came to be living his dreams on “Money” and “Superstar”.

Barry Jhay’s debut album reflects the current mainstream appeal seen with younger artists such as Fireboy DML, Oxlade, Roddy Rich, Lil Baby, Meghan Thee Stallion and others, who manage to find the sweet spot between solemn introspection and turn-up music. You definitely don’t want to sleep on him.

Listen to ‘Barry Back’ below.

Next Article For the Girls: We can’t get enough of the soothing sounds of East African jazz artist, SomiMusic