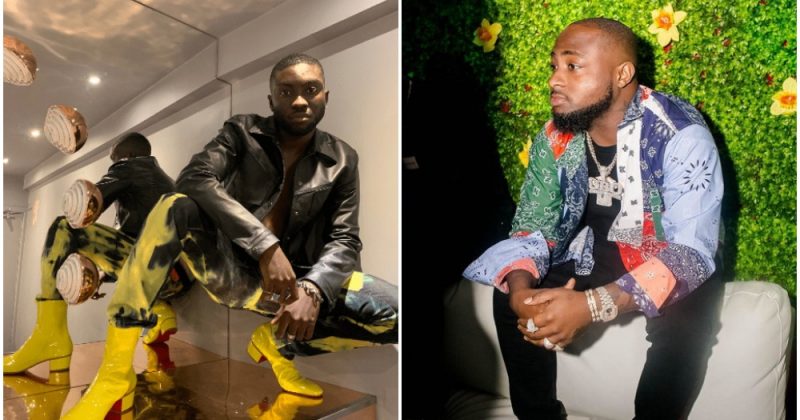 To start off the week, we brought you NSG’s new single, M.anifest’s collaborative single with Kelvyn Boy and Kel P, Bella Alubo’s single donated towards a charitable cause, and more. Today, we bring you the mythical banger from Odunsi (the Engine) and Maison2500, a new song from one-half of R2bess, Mugeez, a Davido-assisted club-ready cut, Skales’ link up with Akon, and more. Dig in, and you’re welcome.

After its initial premiere on live stages last December, “wicked, sexy!” quickly developed a myth as the upcoming banger of our lives. Now that the song is here, as part of Odunsi’s new EP, ‘Everything You Heard is True’, that myth has become a reality that’s beyond satisfying—“wicked, sexy!” is an insanely infectious romp. As is customary, Maison2500 pulls in a phenomenal shift, however, Odunsi doesn’t get outdone on the song, delivering a verse that’s wicked, sexy, catchy, and assertive. “Niggas worry ‘bout me, worry ‘bout the wrong things/worry ‘bout your girl, do you know what she up to?/she let me do anything, everything that you don’t do”, he quips over the psychedelic beat.

As part as Traplanta and as a solo act, dndSection is always down to feed the streets with new music. Taking a turn from the hedonist leanings of his last release, “Bestie”, the Atlanta-based rapper shows a vulnerable, lover-boy side on his new single, “Darling”. Joined by Chyrstel, both artists play out a scenario with two love interests letting down their guards as a show of commitment, with Chyrstel’s charm complementing dnd’s gruffy voice. “Can we get it started, you can be my darling”, they harmonize over the bouncy drums and guitar strums.

After opening his account for the year with “Oliver Twist II”, featuring Harmonize and Falz, Skales is getting ready to drop a new EP as his next release. ‘Healing Process’, the 7-track project with features from Walshy Fire and Ice Prince, will be out later this month, however, the singer has now officially shared the Akon-assisted “Kowope” as the lead single. Backed by vibrant, Salsa-tinged production, Skales and Akon clarify their motives: make money and keep it moving. “If the money no be mine, ko s’oun to kan mi (it’s not my concern)”, Skales sings on the first verse.

The streets will always have the mainstream in a chokehold, it seems. Since Small Doctor popularised the term, “set awon”, it has become a pop culture fixture, appearing in hit songs like Mayorkun’s “Geng”. Headgurl is now the latest artist to use the term, her new single “Set Awon” features Don Coleone and afropop superstar Davido. Together, the trio perform a boastful set about their affluence, throwing out catchy one-liners over Egarboi’s club-ready beat.

Both as one-half of R2bees and as a solo act, Mugeez has cemented himself as one of the finest melody slingers in afropop. “Six in Da Morning”, the Ghanaian singer’s second single of the year, is an addition to his lineage of catchy, romance-fuelled bops. Accompanied by Chopstix’s summery, afro-Caribbean beat, Mugeez admires his love interest and seeks her consent for sexual relations, promising to make their time together worth her while.

For the past two weeks, Canada-based singer TÖME has been building up to the release of her sophomore album, ‘Bigger than Four Walls’, dropping later this month. She’s already shared two singles, “Free” and “Magical Fruits” with Wavy the Creator, and she recently put out the third single, “Vie De Estabelle” –an upbeat track where she sings in a mix of French and English. Carried by her pristine voice, she tells the story of a woman trying to exit a toxic relationship, using the song as a PSA to women urging them leave men who aren’t treating them right.

In less than a year, Meji has elbowed his way into the conversation of exciting Nigerian rap artists on the rise. While he’s currently prepping his debut EP, ‘Meji is the One’, scheduled to drop sometime in June, he recently shared “Sidewalk”, a proclamation of his tunnel vision focus towards achieving his goals. Pushed along by thumping production, with electric guitar scratches from David Rhino, Meji loads his stellar verse with memorable wordplay, setting the tone for Shakez’s equally impressive verse.

Maka – “Waiting for You”

Last November, Nigerian singer Maka dropped her EP, ‘It’s Not You; It’s Me’, a 10-track that centred around her soulful voice and expressive writing. Maka has now opened her account for this year with “Waiting for You”, a new single that continues to hone in on her strengths as an artist. Backed by Xblaze’s earthy, contemporary R&B production, Maka shoots her shot with someone she’s been trying to get with, letting him know she’s got some patience but won’t be caught waiting around longer than she needs to be.