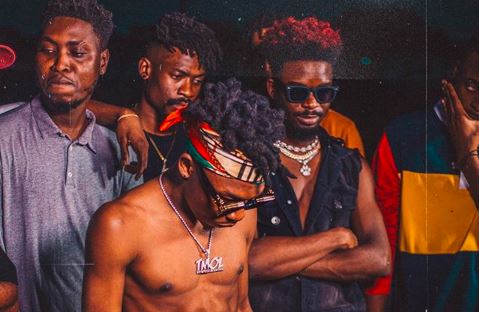 Davido’s DMW crew has remained one of Nigeria’s most endearing musical outfits, thanks to the palpable camaraderie shared amongst members, which we see on their hit collaboration like “Mind” and “On God”. Despite the successful solo careers of members like Dremo and Mayorkun, they are never too shy to rub their team spirit proudly in our faces, and even on solo releases, it’s not uncommon to find other members making cameos in music videos and in pictures shared on the gram.

Mayorkun’s first release of the year, “Geng” doesn’t feature any DMW member, but the sentiments expressed on the song are informed by the team’s compadre. He ditched the lover-boy narrative his songs are famous for, and recorded what seems to be a diss track aimed at other groups.

Que laid down the upbeat, street-hop influenced beat for “Geng”, which allows Mayorkun to dig into his more ratchet songwriting bag. He pays homage to popular lingo such as “Set Awon” from Small Doctor, while mocking gangs named after the “Akube” and “Pepper Dem” from Dotman and Olamide respectively; “Set awon bad mouth geng/ Akube Balenciaga geng/ One Hennessey, 20 men geng/ This geng is the most high”.

In the spirit of fair play, Mayorkun has also launched a #GengFreestyle challenge for those interested in responding to the disrespectful song. Sauce Kid was among the first to accept the challenge and the freestyle verse he released got featured on the newly released music video for “Geng”. The video was directed by Splaash and Cjay Moore and it captures Mayorkun and Sauce Kid as they perform their verses while surrounded by their goons.

Watch the music video for “Geng” below.

ICYMI: Catch the DMW flex on “On God”