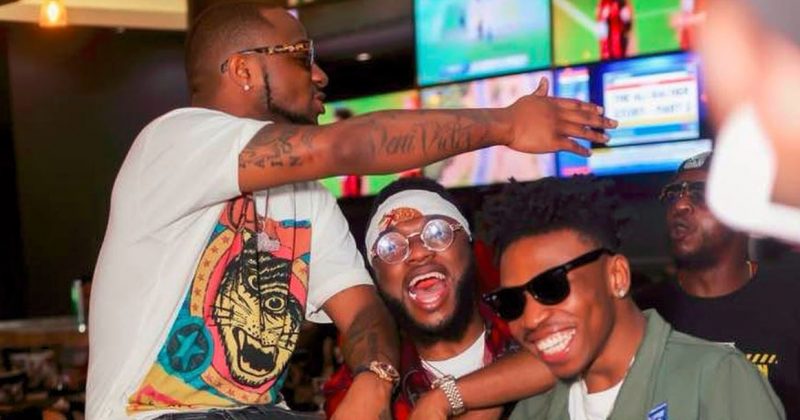 DMW squad head to the arcade for “Mind” video

The DMW squad may not have the unapologetic inauthentic sexy look boy bands of early 2000’s had or the fan fair that comes with that, but with their growing catalog of catchy pop tunes, they seem to be the most harmonious of all the musical outfits. Following the release of “Prayer” featuring Davido and Mayorkun, “Mind” is the latest release from the group. And this time, they are joined by Dremo and new signing, Peruzzi.

The group gets together for a pseudo-romantic number backed by production from Fresh VDM. Over the piano-led beat with crashing synths, electronic guitar riffs and upbeat drums, they sing of an attraction so intense, it’s confusing. Admitting that they “Don’t Even Mind Loving”, along with their overlapping vocals, DMW’s “Mind” revives a left-for-dead genre of pop music by collaborating for a sweetly innocent ballad. Director Q directs the video showing the harmony in the group as they enjoy a night out at an arcade playing games, having some drinks and relishing each other’s company.

You can watch the video for DMW’s “Mind” below.

ICYMI: Watch the video for “Prayer” featuring Davido and Mayorkun

Next Article Street-hop smash, “Shepeteri” by Idowest and Slimcase gets a befitting video