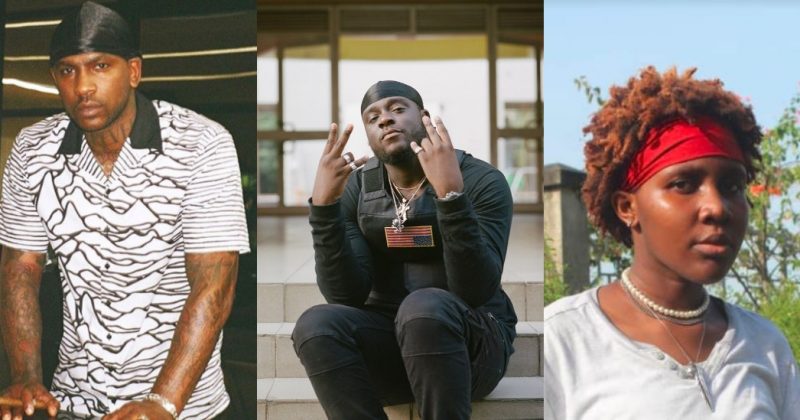 The rest of the world remains in lockdown while we battle Coronavirus pandemic, but the music keeps coming. On Wednesday, we brought you new releases by a diverse set of African artists, including Darkovibes, King Promise, Terry Apala, Niniola, Crayon, Veen and others. Last Friday also saw new releases from Nasty C, BOJ, Tulenkey, DJ Juls Shipo The Gift as well as new Jean Frier, SOLIS. Today you can update your playlists with new music from Skepta, DND Section, Minz and Fasina, Flavour, Ictooicy and all the new music from around the continent.

Skepta is always releasing amazing visuals to his hard hitting bars and “Mains” is no exception. A standout cut from his recent project with Young Adz and Chip, “Mains” packs an onslaught of wordplay as all three artists deliver clear, sharp raps on their lifestyle and success. ‘I cannot sit in the house/all my niggas tryna eat’ croons Skepta, as clips of the trio delivering their verses indoors are displayed.

If there’s one good thing to come out of the long days at home, it’s the slew of new music we’re getting from artists who just want to create and make magic to keep busy, and Atlanta-based rapper, DND Section has just released a new track titled “BESTIES”. Over the fast-paced scatting drums and percussion strings produced by Gameboy, DND delivers sharp, clear raps about his savage tendencies: he gets with his current love interest friend just because he can and he’s not afraid to brag about it.

Before the end of March, EjoyaMusic released a 12-track project titled ‘Class of ’20, Vol.1’ a compilation projection that pulled some of the amazing young musical talent we have today. A standout from the tape is “Scream and Shout” a mellow sex-positive bop which sees both artists crooning about their abilities to charm and pleasure their love interests.

Nigerian highlife artist, Flavour is back with a new release “Kanayo” a name which roughly translates as ‘Let’s continue to seek and beg God for mercy’. The track’s mellow drum-led beat makes for a very sombre contemplative song which is extremely pertinent to the current times. Flavour croons about his fellow Nigerians who are suffering as a result of the ongoing pandemic, highlighting particularly the less fortunate who have no homes to be.

Ictooicy has been our radar for a minute now as she continues to serve up her brand of emotive lo-fi pop. The Lagos-based artists who just landed a spot on our list of Fresh Meat, is back with a new freestyle “Torn” with plans for new releases every other day to fill the time we have to be indoors. Produced by GC, the mellow bop is laced with guitar-riffs subsumed in ambient synths backgrounds as Ictooicy raps about living with the pain of lost love but rather than dwell in her pain, she sends a clear message that she’ll be okay as she’s found a rebound.

Since we’re all in quarantine I’ve decided to do a vibe session everyday or every other day. Just some cool content, I hope you guys enjoy 💙💙💙

ICYMI: Here’s all the new releases you missed earlier this week