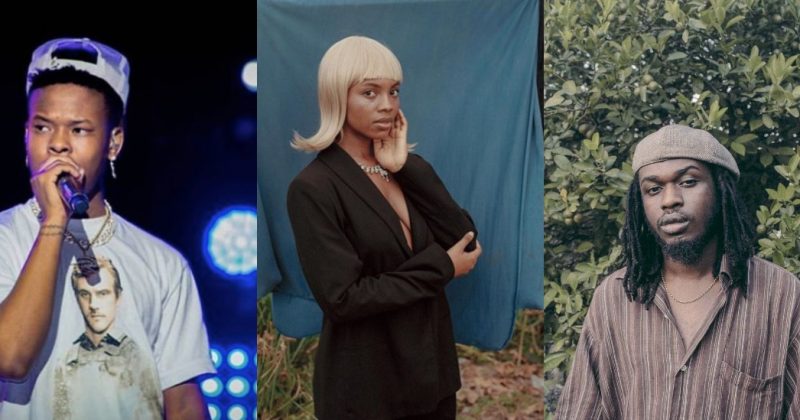 The rest of the world remains in lockdown while we battle Coronavirus pandemic, but the music keeps coming. On Wednesday, we brought you new releases by a diverse set of African artists, including Darkovibes, King Promise, Terry Apala, Niniola, Crayon, Veen and others. Last Friday also saw new releases from Nasty C, BOJ, Tulenkey, DJ Juls Shipo The Gift and more. This week you can update your playlist with new Jean Frier, SOLIS and all the new music from around the continent.

SOLIS is here to encapsulate all our worries with her timely track “Mercury”. The talented singer wrote the lightweight catchy lo-fi bop last month when mercury was in retrograde, and things hadn’t got this real yet. ‘2020, what did we do to you?’ she croons when the song starts, speaking about the general low mood that has taken over many of us at this tough time. She also offers up an accompanying music video where we see her singing at home, clearly observing social distancing. We stan a socially conscious queen, flatten the curve!

Jean Feier is one new artist we’re excited about. She has been releasing new music weekly since the beginning of the year, in a personal project she has named #NewFeier. This week, she just released a mellow drum-led new track titled “Hey Love”, where she addresses a love interest directly and questions whether he’s feeling her or nah. ‘I do not care what they think of you’ she sings reassuringly, before switching for a more uptempo flow as she transitions to rapping.

We can always count on BOJ to provide lightweight music for the best vibes. In these times, when we’re all hungry for new music, he’s now given us some more heat, with the release of his new GMK-produced single, “Assignment”. BOJ appears on top form, and does what he does best – kill the hook. The good thing about BOJ’s music is that it was made for the dancefloor, and also for the bedroom which perfect now that we’re all stuck at home!

Juls has put out his first single release of the year, “Soweto Blues” for which he enlisted South African house singer, Busiswa and UK-based South African R&B singer, Jaz Karis. Juls’ self-produced ambient beat for “Soweto Blues” and it serves a groovy backdrop for Jaz Karis’ smooth voice, singing about her relationship with woes; “Don’t want to talk about it/ Don’t want to live without it”. Busiswa’s adlib vocals are fused into the beat but she also gets a verse which she performs in her indigenous South African language.

Nasty C has just released his first single, “There They Go” since he announced his recent signing to Def Jam. As has been evident with the host of other artists who have bagged such deals, this will allow the South African rapper continue his role as the ambassador for African hip-hop.

Produced by Cxdy, the base-heavy beat for “There They Go”, leaves room for Nasty C to authoritatively dismiss his haters, while bragging about his impeccable wealth and status in the game. The accompanying video is set in Durban but is directed by Andrew Sandler who shoots Nasty C at different locations like skating parks and landmarks that highlight the African city’s beauty and rich urban culture. “There They Go” is expected to feature on ‘Zulu Man With Some Power’, Nasty C’s upcoming album and follow-up to the multi-platinum selling album, ‘Strings and Bling’.

Since closing off last year with a new project ‘Ayüüniverse’, Abuja-based artist Ayüü Safi has mostly been quiet. Over the weekend, he broke this quiet spell with new freestyle “Covid Riddim Freestyle” produced by Don Ozi. The track sees him switching effortlessly between signing and rapping, as he works through his desire to be high as well as being explicit with sexual feelings for a love interest.

Since making his NATIVE debut with “Milli”, Lörd Isaac has shown himself to be an excellent craftsman, telling his personal  stories and experiences through the globally acclaimed trap sound of hip-hop. For his first release this year, the UK-based artist has dropped two new singles “2020/Coldfeet” on which he shows off more of his clever wordplay and enviable flow. On “2020” he croons and raps passionately about being hounded for new music by fans where he would have rather taken his time with releases while elsewhere on “Coldfeet” he taps into the soft-spoken vocals of Michael Ang3lo for a catchy upbeat track where both artists muse about their anxiety.

ICYMI: Here’s a list of all the songs you missed from last week

Next Article Essentials: Oxlade debut project, ‘Oxygen’, is everything we expected it to be