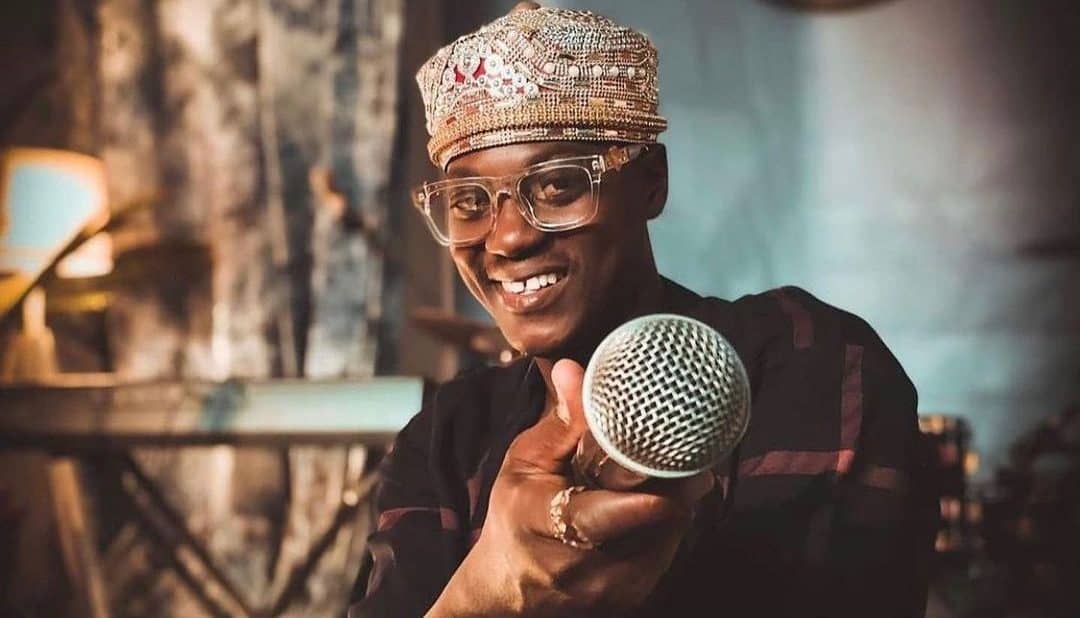 An artist who made music for Nigeria's average Joes and Janes

On Sunday morning, the family of Olanrewaju Fasasi—popularly known as Sound Sultan—announced the passing of the Nigerian singer and songwriter, due to complications from throat cancer. Without an iota of hyperbole, Sound Sultan died an Afropop legend. Breaking out in the early 2000s, after years of toiling in the underground, he was prolific and prominent for well over a decade, turning out a sizable line-up of hit singles, classic songs, and an album catalogue that is generally stellar.

In terms of longevity, consistency in quality and impact on modern Nigerian pop music, with respect to his breakout period, Sound Sultan belongs in a unicorn class. Where many of his popular colleagues from the time faded out creatively within a few years, the singer wasn’t just reliable, he was inventive for the majority of his career. Perhaps inarguably, he belongs in the same bracket as 2Baba—fka 2Face Idibia—the current epitome of staying relevant and aging gracefully in Nigerian pop music. Unlike 2Baba, though, Sultan wasn’t always met with the same amount of loud and omnipresent reverence, which is somewhat understandable all things considered. This meant, however, that he didn’t get to receive his flowers the way he ought to have, before passing.

I hate that it sometimes takes death to put the importance of people in perspective. The most recent post on Sound Sultan’s Instagram page is a clip from the music video for Patoranking’s latest single, “Celebrate Me.” While he was simply showing support for a colleague’s release, his passing added a haunting undertone to the post, with relation to the message of Patoranking’s song: “Appreciate me now wey I dey alive.” By industry chatter, though, and even in the way he generally conducted himself, Sound Sultan was never one to be embittered by not being constantly fawned over for his long-term excellence.

In January 2019, I was in the presence of Sound Sultan—I’m using the word presence because we barely exchanged sentences. It was backstage at a live show where he was a special guest. Instead of being swarmed by the dozens of people who witnessed his arrival, there was a quiet awe that acknowledged his presence, and he didn’t take long to cut the relative silence by declaring, “Hey, everyone, my name is Sultan.” Immediately, people began walking up to him for selfies, to which he happily obliged. Embarrassed to take out my terrible android phone at the time, amongst the sea of better phones with better cameras, I simply walked up and told him I was a fan, to which he responded with warm and playful appreciation.

That wasn’t the last time I met Sound Sultan—we exchanged a few sentences nearly a year later—but it frames how I’ve decided to handle his passing, away from the initial shock, away from the idea that we should have revered him much more, and focusing on celebrating his excellence even if it’s still deeply saddening. For me, Sound Sultan is a hero. Like many, the starting point was “Mathematics,” the ubiquitous single that made him popular. The song is a humorous and incisive piece of socio-political commentary that, like all similarly-minded songs, is resonant and remains relevant to Nigeria’s socio-political conditions. In my adolescent mind, it was a catchy tune with a playful video featuring kids younger than me.

In his prolonged prime, Sound Sultan was, amongst many things, a social observer and a compulsive truth-teller. Some of the most popular songs in his discography are honest renderings of the Nigerian experience, and while approaches varied by song they were always potent. “Motherland,” the Folk-Pop hit released upon signing to Kennis Music, is simultaneously an admonishment to Nigerian emigrants to keep home in their hearts and a prayer that Nigeria stops actively feeding the emigration dreams with its terrible conditions. A few years later, he’d team up with 2Face and W4 for “Ole (Bushmeat),” a satirical take on the ever-pervasive corruption amongst Nigeria’s political class.

Around the time “Ole” was released, I was in my teens and my music taste was at its most impressionable. Luckily, it coincided with what I still regard as Sound Sultan’s apex period as an artist. Upon completion of his contractual obligations with Kennis Music, Sultan began releasing music under Naija Ninjas, the indie label he co-founded with his elder brother and rapper Baba Dee. The first two albums on this arrangement were 2008’s SS4 and 2010’s Back to the Future, both the strongest pillars within the structure of his musical legacy.

On most days, I consider Back to the Future to be Sultan’s opus, a front-to-back representation of the attributes that made the singer a special and singular talent. Traversing varying musical choices, the album found Sultan in the greatest control of his voice, a uniquely ringing tool which he used like a Swiss Army knife. On the retro-Soul intro, “Omo,” he coos alongside then R&B star Lami; for “Hello Baale,” his masterful storytelling is heightened by an aptly dramatic vocal cadence; and he trades raps with eLDee on the boisterous “Born on a Saturday.” It also had its fair share of culturally impactful hits, including “Orobo,” a celebration of plus-sized women that significantly predates Davido’s “Risky,” the M.I Abaga-assisted “2010” which decried Nigeria’s epileptic power supply, and “Very Good Bad Guy” with Banky W, one of the most popular quips in the time where Blackberry Messenger statuses were the in-thing.

I lived with Sound Sultan’s fifth studio LP during a time where my biggest concern was getting into Uni. For a while, I struggled to fully articulate my reverence for the album beyond my positive impressions of the singer’s craft. Years later—not too long before I first met the man, in fact—I realised my gravitation to Back to the Future and Sound Sultan in those years is because he was Nigerian pop music’s everyman. Sound Sultan’s music revelled in the quotidian reality of Nigeria, taking palpable inspiration from his life and the lives of those in his surroundings. His music was always grounded in a way that reflected proximity to Nigerian life and Nigerian lives. Think about it, he was a huge star with a steady stream of hit singles without a larger-than-life persona.

Sound Sultan used his artistic specialness in service of making music that deeply resonated with its intended primary listeners: Nigerians making their way and finding little joys in an unideal system. He personified the musical omnivorousness well before genre-mashing was a sonic description, he prioritised lived-in writing, and his song-craft hinged on accessibility. In the last decade, he wasn’t as prolific as usual, especially after 2012’s Me, Myself & Eye. On his last two albums, 2016’s Out of the Box and last year’s 8th Wondah, Sound Sultan wasn’t operating at the peak of his powers but they presented an artist whose passion for making music for “ordinary” Nigerians was intact. Even as his output slowed and his mainstream presence waned, Sound Sultan remained committed to the music.

Passing away at the young age of 44 is entirely heart-breaking, but as it stands, Sound Sultan’s legacy as one of the finest and most endearing artists in Afropop history is indisputable. Rest in peace, Lanre Fasasi. May your legend be greater in death than it was during your wonderful artistic life.