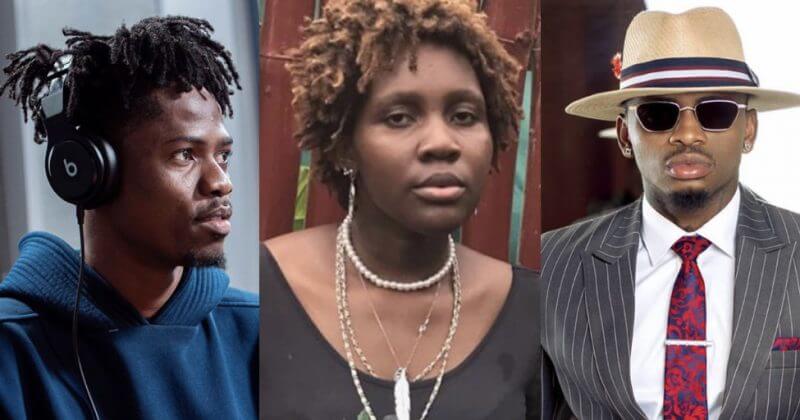 Our midweek curation for Songs of the day featured the new releases from Kenyan singer, Maya Amolo, Bella Shmurda, JELEEL!, Alpha P, T-Classic, and South African duo, Reece Madlisa and Zuma. To get you into the good-feels for the weekend, we’re featuring all the latest music releases. We have new releases from Kwesi Arthur, Simi and new collaborations from Alicia Keys and Diamond Platnumz, Darey and Patoranking, Bankuli and Congolese singer, Hiro, Leehis Jr, Shaun Mbah, Big Daddy Kave, Ictooicy and R¥DA, NSG, $pacely and Dani Draco and more. You can enjoy them below.

Kwesi Arthur – “Turn on the Lights”

Kwesi Arthur has shown his wide-ranging talent as an impressive rapper who can deliver melodic earworms when necessary. On “Turn on the Lights”, the lead single from his newly released project, ‘This Is Not The Tape Sorry For the Wait II’, the Ghanaian artist interpolated Future’s breakout single of the same title as he boldly confessed his search for a romantic partner over a bouncy r&b beat produced by Yung D3mz.

Despite the song’s catchy, dance-driven melody, the newly released video for “Turn on the Lights” has a moody ambiance conveyed through slowly panning shots and Kwesi’s somber expressions. Through the nearly 4-minute duration of the video, we see different women in different scenes while Kwesi Arthur is shown performing his lovelorn lyrics, “Looking For A Girl Wey Go Stand By Me/ So Turn On The Lights/ I’m Looking For A Boo”.

Simi fans are never starved of a reason to stan their fave. Though she shared her sophomore tape, ‘Omo Charlie Champagne Vol. 1′ last year, she still maintained an impressive run in 2020 with single releases. After delivering hit songs like “Duduke” and “Know You”, featuring LadiPoe, the r&b singer keeps up the momentum with her latest release, “No Longer Beneficial”, a compelling kissoff to men trying to lock her down into serious relationships.

“No I’m not trying to settle down/ You’re looking for love/ I’m looking for a good time”, she sings over the lightweight guitar-led beat produced by Sess. Though the song is hardly self-referential given her marriage to Adekunle Gold, her lyrics embody sentiments a lot of women can relate with. And though “No Longer Beneficial” doesn’t have the same call and response flow that made “Know You” so trendy on TikTok, we still expect the song to serve as the soundtrack for TikTok posts. The single whets fans’ appetite for her promised EP, ‘Restless II’.

For the Diamond Platnumz-assisted “Wasted Energy”, Keys’ classic soul melody is expressed through a reggae-dancehall rhythm, as she sings over a lightweight P2J-produced beat with samples from Red Rat’s dancehall classic, “Tight Up”. Singing “Why would you want to fuck up the chemistry”, the song narrates Alicia Keys’ relationship woes and Diamond Platnumz’s closing verse in his indigenous language adds an enchanting ambiance that elevates the romance-themed song to a global bop.

Earlier this year, Darey returned from his hiatus from releasing music with a religiously inclined single, “Jah Guide Me”. Though the song had an up-tempo instrumental, his new single, “Jojo” is a more convincing attempt to return to serving dancefloors. Produced by Pheelz, the groovy afropop instrumentals for “Jojo”, takes elements from the trendy Amapiano rave as he sets a backdrop of ambient synth harmonies and upbeat drum riffs. The dance-driven instrumentals urge Darey to tap into his more contemporary sentiments and he showed off his narcissistic nature with cocky lyrics, bragging about his celebrity and accomplish on dance floors.

“When I step in a place/ I know seh you notice”, he sings over the groovy instrumentals, before encouraging listeners to dance. Patoranking also contributes a verse, singing in patois as he joins Darey to brag about their music’s efficiency on dancefloors.

Bankulli has grown from being an artist manager and A&R to being a Grammy-nominated singer-songwriter, following his feature on Beyonce’s album, ‘The Lion King: The Gift’. His debut single, “Gbemiro” got a lot of positive reviews for inspiring hope and celebrating blessings during the pandemic. And now, he has updated the song with a remix that features France-based Congolese singer, Hiro.

Hiro’s contribution to the “Gbemiro Remix” adds a multi-cultural flavour to the pseudo-spiritual song as he performs his verse in French while Bankuli’s Yoruba melodies are maintained. The newly released remix is sure to lengthen the song’s self-life with Hiro’s verse expected to introduce the song to new audiences around the globe.

NSG’s infectious blend of Reggae influences and Afroswing gave their latest tape, ‘Roots’ all the makings to be the soundtrack to this year’s summer. Though the pandemic hasn’t allowed the summer festivities to go as smoothly as we’d like, the Londoners have shared the uplifting music video for one of the project’s standout cuts, “MCM”, directed by Kevin Hudson.

The video for “MCM” captures the NSG crew in their elements as they show off their dance moves while singing about their reckless lifestyle; “Living off the impulse, don’t you follow me/ I’m here for the cookie then I gotta leave”. With the Zanku dancing, strippers twerking, and the shots at the studio and in a store, the video for “MCM” captures all the things we love about London’s most exciting crew.

Nigeria has a thriving underground music scene that explores influences beyond the mainstream dance-driven sounds of the moment. Leehis Jr’s new single, “Lacoste” celebrates the scene as it showcases the varying talents within it. Shaun Mbah, Bid Daddy Kave, Ictooicy and R¥DA join the rapper for a posse cut.

With their cocky brags and confidence to go toe-to-toe over the same beat, “Lacoste” plays like an all-star cast of underground emcees showing off their rap prowess with dynamic flows over the trap beat. Each rapper delivered memorable bars in their b0astful verses, but what stands out is the technical brilliance from each of them that allowed each rapper to stand out for being unique despite the uniform beat.

Ghanaian artist, $pacely has been on our radar for a while and his ability to fuse his indigenous melodies with his hip-hop influences makes him one of the artists to watch out for from the Ghanaian music scene. He just shared the music video for his Dani Draco-assisted single, “Paradise”, and the video captures the gang love sentiments expressed in the song; “I’m with all the goons that never told”.

The Foz x JTC directed video shows $pacely and featured artist, Dani Draco rolling deep with their crew as they perform their boastful lyrics over the trap production. The video also captures the psychedelic ambiance of trap music with purple and green film filters.

ICYMI: Catch up on all the latest music releases from earlier in the week

Next Article Dunnie teams up with Oxlade for new single, “Overdose”