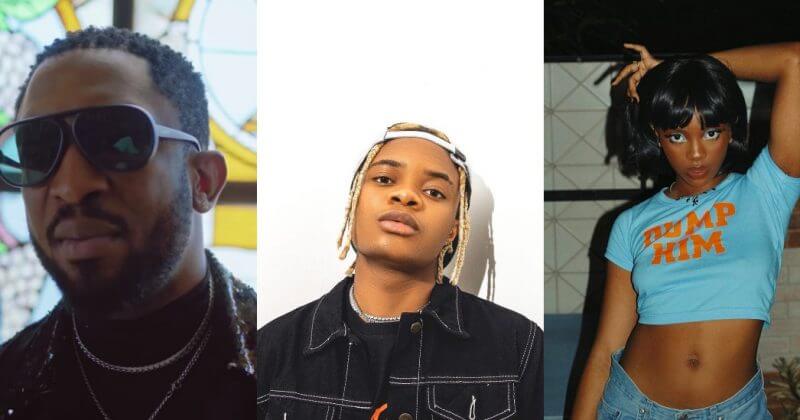 Songs of the Day: New music from Darey, Crayon, SOLIS and many more

Coping with the chaos of 2020 has taught us how to have a good time even when conditions are less than ideal. A huge part of that lesson has come from music, as artists continue to provide songs that build our optimism, with their resolve to keep the party going through the pandemic and increasingly traumatic news feeds. That’s why we’ve decided to highlight the best songs released from around the continent, thrice a week, in a bid to encourage that extra pep in your steps as you go through the rest of the year.

Over the weekend, we brought you new releases from Tiwa Savage, Reminisce, and AKA, as well as new singles from Kiienka, Playgirlfavy, and more. To kick this week off, get into new releases from Davido, Darey, Crayon, Terry Apala and PrincessMami, as well as a new video for SOLIS’s ‘RBV,U‘ single “don’t fall in love with a libra woman”. Dig in and enjoy.

After a hiatus from releasing music, singer/songwriter Darey is back with a new uplifting single, titled “Jah Guide Me”. Over the up-tempo beat couched with vivid percussion patterns, produced by Pheelz, Darey sings about reaching the destiny that has been ordained to him. ‘I call on him, I must fulfill my destiny/In all my gettings, I go get money’ he sings, conveying his Christian faith and the immense peace that comes with surrendering your worries to the Most High. In the accompanying video directed by himself and Mex Ossai, Darey also addresses the pressures and shortcomings of living in Nigeria, depicting Nigerians in their daily settings in varying clips throughout the segment.

Mavin’s Crayon is back with yet another single, this time titled “Do Me”, and we’re wondering if the recent slew of releases are leading up to the artist’s debut project. Whilst the question floats around our collective pop culture consciousness, you can relax to the soothing sounds of “Do Me”, which finds the artist pleading with his love interest to be treated fairly in their relationship.

SOLIS – “don’t fall in love with a libra woman”

Earlier in the month, we declared that bedroom pop was now ‘Ruled by Venus, Unfortunately’ and SOLIS continuously proves that she’s worth all our flowers. Over the weekend, the singer/songwriter released the video for one of the tracks on the recent project, “don’t fall in love with a libra woman” and in usual SOLIS fashion, it’s home-made feel gives off the impression that this is truly SOLIS’ universe – we’re all mere guests in it. Shot, edited and directed by the talented artist herself, the video for “don’t fall in love with a libra woman” sees SOLIS performing in various bedroom sets. This video everything we expected and more as it truly captures the essence of the message SOLIS wishes to pass across to her listeners: she loves them.

If you ever wondered what a crime-fighting animation of your favourite afropop star would look like, then Davido has got you covered, teaming up with British electronic music duo, Snakehips, Jess Glynne and A Boogie wit Da Hoodie for the video to their latest collaboration, “Lie To You”. In these visuals, we see animated Davido and Jess Glynne being chased by their opponents, each time they coming out successful. The song’s medley of r&b, pop and afropop makes for a pleasant listening experience as you watch it all the dramatics play out, so why not sink in below?

London-based Nigerian rapper, Princess Mami is back from her hiatus with a fun new release titled “Band$”. Her latest single, “Band$” introduces Princess Mami as the newest irresistible girl rapper on the block with a firm declaration to talk her shit confidently in a way that leaves her listeners all the more in love with themselves. “Yeah I never miss, yeah I only make hits/I keep it classy, boujee and I’m still fucking rich” she raps with a self-awareness that some may find intimidating, but rather than focus on that, Mami realises her confidence is her power and encourages others to live as carefree as she does. It’s fun, it’s light-hearted, it’s punchy, and it’s one of the many reasons why we’re certain women are leading the rap revolution in Nigeria. You all better keep up.