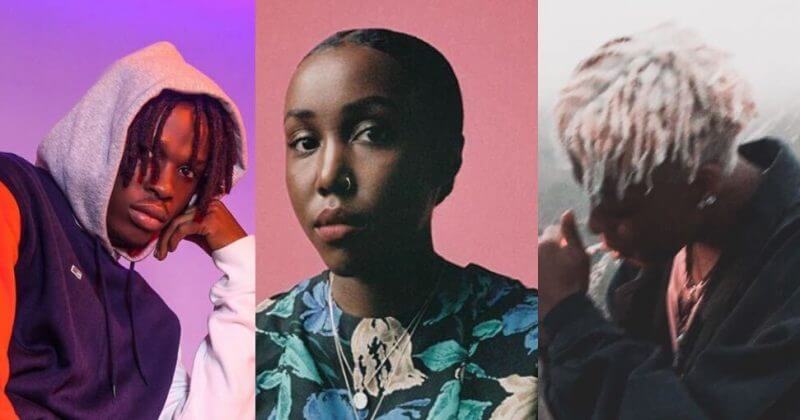 Coping with the chaos of 2020 has taught us how to have a good time even when conditions are less than ideal. A huge part of that lesson has come from music, as artists continue to provide songs that build our optimism with their resolve to keep the party going through the pandemic and increasingly traumatic news feeds. That’s why we’ve decided to highlight the best songs released from around the continent that can add that extra pep in your steps as we go through the rest of the year.

Fireboy DML is gearing up to release the follow-up to last year’s impressive debut, ‘Laughter, Tears and Goosebumps’. He announced that his new album, ‘Apollo’ will be released later this month, and has recently given us another teaser with “Tattoo”, a raunchy r&b song that teases a more explicit direction from his debut. He already won the hearts of adoring fans with his convincing vocals and charming lyrics but here, Fireboy DML aims to evoke sensual desires as he describes his sexual intentions; “My fingertips on your hips/ Finna make you say oh”. The accompanying music video directed by A Capital Dreams production heightens the songs provocative direction, with R rated scenes showing a sexual encounter between Fireboy DML and his muse.

With the pandemic keeping people away from the clubs and dancefloors, we can finally give artists who make mood music for the time the appreciation they deserve. South African singer, burningforestboy just released his debut project, ‘Cicada’ and it finds him detailing relatable emotions from his romantic experiences. On the standout track, “Carpenter” we hear him laying his compelling falsetto over eerie mid-tempo production. Singing “Sweet little perfect heart/ wont you come and tear me apart”, “Carpenter” explores the theme of anguish with the same romantic filter that makes artists like The Weeknd so popular.

Though Fuji music is no longer as popular as it was in the 80s and 90s, it has stayed relevant, existing as a part of the sound that makes up contemporary afropop’s DNA. K1 De Ultimate is among the pioneers who popularised the genre with several hit songs like “Solo Makinde” and now he’s returning with a new project, ‘Fuji, The Sound’, expected to drop on the 21st of August. Ahead of the EP’s release, K1 De Ultimate released the lead single, “Awade”, introducing an updated hip-hop bounce to the Fuji sound. Having already established himself as a Fuji legend, the nostalgia of the sound is built right into the song as he praises supporters who have been with him from the start, saying “E ku ati jo”. Though his lyrics suggest he’s still addressing old fans, he stays conscious of new audiences by keeping the duration of the song to 5 minutes rather than the more lengthy stretch Fuji songs are known for. The project will also include features with contemporary artists like Teni and Mystro.

Afropop has become more fascinating since we’ve been introduced to the new generation of artists who can explore themes outside the party-serving Afropop trope. Victony joins that expressive set with his latest release, “Space and Time”, an angsty r&b song that captures a newly formed freedom from a fresh breakup. Singing “I don’t need love/ I need my space and time now” over the atmospheric production from Young Taylor, Victony seems to celebrate the end of the relationship. However, the somber guitar baseline gives the song an emo feel, which suggests that his excitement at being single, is merely a cover for his more vulnerable feelings. “Space and Time” is the first single from ‘Saturn’, Victony’s upcoming project and we’re anticipating that it will offer more context and perhaps reveal a heartbreaking story.

While some breakups bring relief, others hurt and leave us missing our exes even though we know the relationship is over. Ego Ella May’s latest offering, “Tonight I’m Drowning” channels post-breakup loneliness, as she sings about her struggle to move on from her ex-lover. The song featured as a standout track from her recently released EP, ‘Honey For Wounds’, which she has now updated with an accompanying music video directed by Daniel Arema. The video highlights the song’s agonising sentiment, with the dimly lit set and slow panning shots. While Ego Ella May performs her soulful vocals, singing “Missing you comes in waves/Tonight I’m drowning”, we also see instrumentalists and a sole dancer performing along with her.