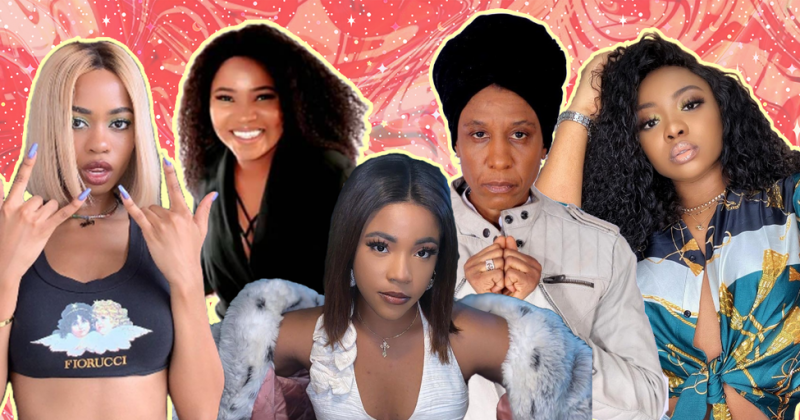 For the Girls: It’s finally time for Nigerian rap to embrace its women

You’ll probably remember the effect Meek Mill’s “Dreams & Nightmares” has on niggas in the club, when the DJ spins the track. Everyone goes crazy, they’re all rapping along to the hopeful, yet brag-filled rhymes and it’s fair to call the track an anthem, even after 8 years. I’m very certain that if clubbing was still a thing, Beyoncé and Megan Thee Stallion’s “Savage” Remix would have the exact same effect on women. There was a collective joy the night it dropped, especially considering that before the song dropped and lifted our spirits, we had a heavy day of abusers being exposed and old wounds opening up again.

Hip hop is one of the most digitally consumed genres of music globally, so much that they’ve since been integrated as popular music and are dominating the charts with ease (Roddy Ricch’s The Box is still in the top 10 on Billboard’s Hot 100). In Nigeria, however, that’s not quite the case, and the rap scene doesn’t quite enjoy many of the same benefits in popular culture and mainstream acclaim. Regardless of this, you can probably mention ten male rappers from Nigeria who are still active today with ease but will probably struggle when it comes to naming girls who rap in the same breath.

That’s telling of the ugly truth that the scene is overwhelmingly dominated by men, and women are still waiting to have their voices heard within an industry which rarely champions them. It’s interesting that men have used women as the subject of their music and created a narrative for us through their perspective for as long as time has existed, yet aren’t quite so open to letting women into the scene to actually speak for themselves.

Regardless of this, there have been female rappers who have given women a voice all this time – from the talented frontrunners like Bouqi, Kemistry, Weird MC, Muna, Sasha P, Eva Alordiah, Mo’Cheddah who set the foundation to the new generation of girl rappers like Ictooicy, Yazavelli, SGaWD, Tinuke, Princess Mami, Phlow, Ade Lasodé, and newcomer DetoBlack, etc who are carving out space for themselves. Given the current climate towards women, especially at this very moment, there’s no better time for women to have a platform to say what they want to say unapologetically.

Last year, Jermaine Dupri aired his grievances about female rappers, stating “I feel like they’re showing us the same things. I don’t think they’re showing us who’s the best rapper. I think they’re trying to show — for me, it’s like strippers rapping.” Given that misogyny and patriarchal ideals are already deeply woven into hip-hop’s fabric, it’s not surprising to hear ignorant takes like this. When you think about the background of some of the best rappers in the game such as BIGGIE, Kendrick or Jay Z,  they are narrating the life they live(d), and showing the entire world what that entails. A rapper like Cardi B or Megan Thee Stallion is doing the same thing, so it’s curious that one’s life story is revered, whilst the other isn’t taken seriously.

When you consider that this is the case in the “progressive” western world, you can understand how far behind the Nigerian music scene is in the scheme of things. We’ve said before that men use their music as a means to motivate each other, and women should be allowed to do the same. This is why the collective efforts of the new-gen female rappers are not lost, and it’s extremely comforting to see a crop of women who unwilling to compromise the right to speak their truth.

Artists like Ictooicy are breaking down this barrier, and although she’s not rapping about her sexuality, her slew of lo-fi bedroom pop-tinged rap is very important for women like her. In a world where women who express their emotions are typically labelled as either ‘angry’ or ‘bitter’, Ictooicy’s confident and honest music holds it down for many young African GenZers. On her 2019 single, “Sage” she raps about the power of speaking her mind and explicitly dispels any efforts to make her into anything she hasn’t chosen to be on her own terms. By not following the rules, she’s been able to create her own playbook that has endeared her to her loyal following (her last project peaked at the #3 spot on Apple Music’s Alternative Album chart).

One big issue in the Nigerian music industry is that we feel like rap has to sound a certain way for it to be considered real rap. Given this, people who tend to express their rap abilities over any style of music aren’t considered rappers, and if even the men suffer this, you can rest assured that it’s no different for women.

For the majority of the past two decades, female rappers were almost made to fuse some elements of afropop into their rap, in order to stay relevant in the industry. Nowadays, however, given how much has changed in the industry, women don’t really have to jump through the same hoops as the ones before them did. The order of the day isn’t dictated by gatekeepers anymore – we have realised that you can’t see a glass ceiling and are smashing through them and breaking into closed doors.

Rap freshman, DetoBlack made her debut with what seems reminiscent of Nicki’s verse on “Monster” in Odunsi the Engine’s sex-positive number “body count”. With her slick tongued lyrics, she calls all the bad bitches around the world to assemble, culminating in many TikTok videos surfacing online in the weeks following its release. She came in with the force of a seasoned rapper, stating her claim unapologetically and might not even realise how much she has set the tone for the generation of women who will come after her. Sexuality in hip-hop/rap has always been used as a means to objectify women, but by reclaiming that narrative and shooting her middle finger back at the boys, DetoBlack is empowering the next set of women to consistently speak on these topics that are typically shunned in these parts.

In the same breath, we have rappers such as Yazzavelli who have been towing a similar path for quite some time, and her debut project ‘Velli’  showed off her confident delivery alongside her carnal desires. We also have Ms Fu, who always bares her soul, and did a great job explaining how tired we are of the patriarchy on Kojo Cue’s “From My Sisters”. We also have Phlow, who recently switched up her rappity-rap tone in her latest project ‘Marmalade’, and we also have Abuja-based rapper and singer, SGaWD dishing it out as it is.

Thankfully, we’re slowly shedding the archaic belief that only one woman can be on top of the game at a time, especially with the current class of female rappers ready to show their each other support and the growing community being fostered amongst them. Women are wising up to the fact that we’re all fighting the same fight and feeding into the staged-drama from critics to fans alike, which doesn’t eve particularly give you a seat at the boy’s table. We need to be coming together and nurturing a more collaborative atmosphere amongst the women in hip-hop/rap because we’re oftentimes our only allies.

Women are currently fighting the good fight for the emancipation of our experiences, bodies, and society’s expectations of us in every walk of life. The strongest weapon these women have in their arsenal is their individuality, which will appeal to many women all at the same time, whilst showing off a vast and diverse range of talent and sonic quality. Gone are the days of constricting personas, and gatekeepers telling women who they have to be liked and heard. Their main audience – other women like them – should understand each person’s place, and that we’ll have women like Ms Fu and Ictooicy who will validate our feelings and talk you through your healing, whilst the DetoBlacks and Yazavelli’s provide us with twerk-ready anthems.

It feels like there’s more room than ever for women to do whatever they want. These women are not waiting for anyone’s permission to navigate typical Africanness, and the audience is also welcoming them as soon as they come forward. They are taking up space unapologetically, and it will be interesting to see how ready the wider Nigerian audience is for this.

We’re at a point where every minority group is demanding fair treatment, and given this, as women, we’re more receptive to anything that feeds into this narrative. We’re here to listen, and the women who are making music in this era may very well be remembered as a revival for women in rap and a cultural reset. Ignore them at your own loss.