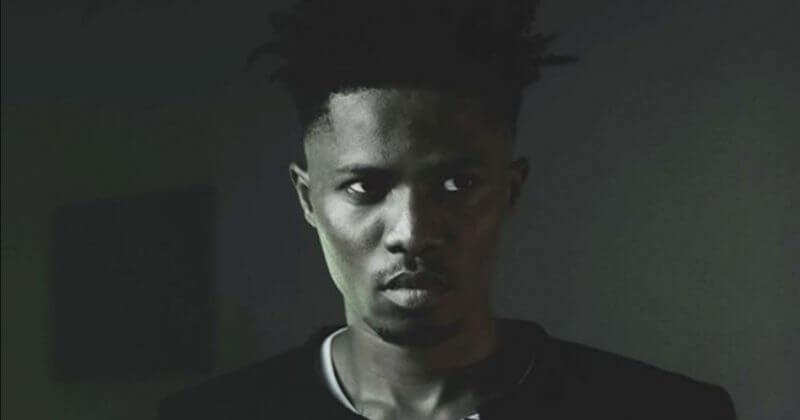 Best New Music: Kwesi Arthur shows off his profundity on ‘This is not the Tape, Sorry 4 the Wait II’

There are no boundaries to Kwesi Arthur, and some of that stems from one of the most influential artists of the last decade, Drake. “Yo, Chale…I think I can do that too”, he told Pan-African music of his reaction to listening to Drake’s debut LP, ‘Thank Me Later’, very likely referring to the artist’s wide-ranging skillset as a rapper and singer. Over the course of his impressive catalogue, Kwesi has proven himself to be an undeniably formidable lyricist and a proficient melody slinger, fashioning himself into one of those rare artists who can crush a Fire in the Booth freestyle and turn out bright, candy-like earworms.

In recent months, Kwesi has been teasing the impending arrival of a new project, the follow up to last year’s ‘Live from Nkrumah Krom, Vol. II: Home Run’, the star-studded showcase that nudged a few steps up the ladder of superstardom. In anticipation of his next project, he put out a 3-pack set, ‘This is not the Tape, Sorry 4 the Wait II’, a sequel to the similarly veiled tape he dropped in the lead up to ‘LFNK2’. It’s not uncommon for artists to drop a low stakes collection of songs before the “official” release, and just as he’s previously done, Kwesi uses this medium to properly hit the ground running. The short set comprises of three stylistically distinct songs, with the ratio leaning in a bit more on his rapper side.

The pre-released loose single, “Turn on the Lights”, is the sole melody-driven cut, and it finds Kwesi publicly declaring that he’s “looking for a boo”. Singing vibrantly over twinkling piano riffs and a bouncy bassline, the song has a catchy edge to it, but what truly elevates it, is that Kwesi personalises a portion of the lyrics. “Turn on the Lights” seems to be the spiritual successor to last year’s “Zombie”, where he fumbled with the weight of his growing fame and how that might make it difficult to meet potential love interests who will genuinely like him and not try to exploit him. This time around, he swaps paranoia for an adequate amount of desperation and optimism, wrapping it in a befitting pop gloss.

Going by the songs on it, ‘Sorry 4 the Wait II’ deals with the ways fame has affected Kwesi’s worldview and how he’s navigating situations that are relatively new to him. On intro track, “Live from 233”, Kwesi taps into the locally-flavoured drill wave that’s growing in Ghana, for a song that finds him in combat-ready mode. “You say we go see something/three months come but nothing happen”, he raps on the first verse, scoffing at the opps who have a problem with him and letting them know he won’t be derailed because he’s focused on his grind. Besides, “some of [his] guys no get manners” as he says on the second verse.

Throughout the short set, Kwesi is well aware of the ways fame has complicated several things in his life but he isn’t overly weary. On the Sarkodie-assisted “Jehovah”, he reflects on the impermanence of unconditional support because, as an artist, people begin to dip once you stop popping. “I don’t trust no ties at all, I swear to God/not even the one on my laces”, he cleverly quips. Instead of coming across as a paranoid wreck, though, it’s a feat of honest introspection and he doesn’t isolate himself, seeing his chance at success as a chance to lift up family, close friends and continually inspire fans who live vicariously through him in the hope of better days.

In a typically stellar verse, Sarkodie delivers clear-eyed raps on being accomplished despite the gazing eyes of doubters, perhaps reassuring his younger colleague that all it takes to reach the very top is constant tenacity and unwavering trust in God. While Kwesi Arthur has already shown that he’s hugely talented and prolific, the fact that this tape has enough substance to chew on while being enjoyable shows that he’s bolstering his knack for being profound, a characteristic that will serve him in his quest to go the long haul.

Beyond temporarily sating the appetite of impatiently waiting fans, ‘Sorry 4 the Wait II’ functions on multiple levels: it serves as a loose, yet, compelling reminder of Kwesi’s powers as a songwriter, expands on his sonic range and shows how he’s better coalescing his dynamic skillset into a singular artistic identity. If this is just a taste, we should all be on standby for what he brings with his coming project.

Listen to ‘This is not the Tape, Sorry 4 the Wait II’ here.

ICYMI: GHANA IS SET TO ESTABLISH SPECIALISED COURT FOR ITS CREATIVE INDUSTRY

Next Article Songs of the day: New music from Kwesi Arthur, DJ Tunez and J Anthoni, $odaman and more