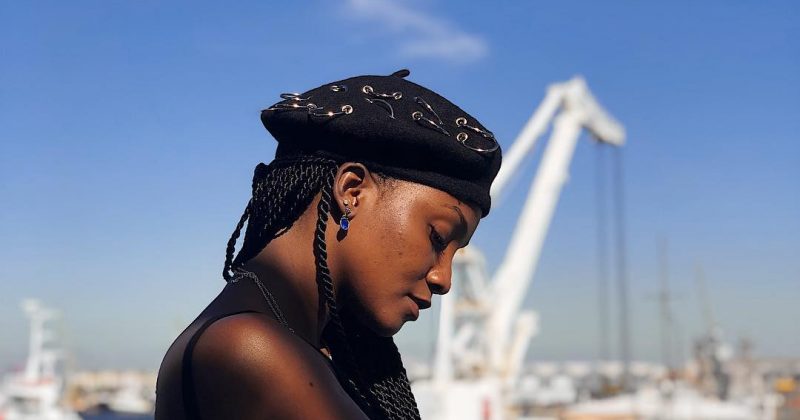 ‘Omo Charlie Champagne Vol. 1’ is Simi’s sophomore project after her critically acclaimed ‘Simisola’ debut, under X3M. While she already asserted her ethos on the self-titled ‘Simisola’, her new album finds her stretching the boundaries of her sonic explorations, covering new grounds, collaborating with new artists and expressing more vulnerability than we’ve ever gotten from the soulful and romantic singer as she offers 12 tracks and a fourth-wall breaking “The Artist” skit.

Though the pre-released single, “Ayo” and its accompanying music video seemed to highlight Simi’s pleasant mood since tying the knot with her spouse, Adekunle Gold, ‘Omo Charlie Champagne Vol. 1’ opens with “Charlie”, a soulful song, mourning Simi’s late dad. Oscar produces the song’s melancholy beat to heighten Simi’s tear-jerking lyrics, singing “I walked down the aisle just the other day, but you weren’t there to walk me/ I’m not mad o/ I take that back, I’m furious”, over the mix of piano harmonies and horn samples.

Fortunately, her somber reminiscing doesn’t last through the whole project and by the third song, “Jericho”, she features Patoranking for a romantic reggaeton number. Though Simi doesn’t have the foul mouth that gives reggaeton it’s raunchy sensibilities, her sweet lyrics and the sticky beat Vtek produces are seductive enough to rise the heat levels on dancefloors. However, the next track, “By You”, loses the club inclined beat in favor of a more emotive one produced by Oscar. And with Adekunle Gold joining in for the romantic duet, “By You” hits all the right notes for sentimental value as both singers profess their undying love for one another.

Maleek Berry assisted “Immortal” returns Simi into the steamy universe of dancehall, expressing more sensual sentiments as she sings “Hold on tight for the ride of your life/ Don’t let go now/ We can go all night” over the synth-led beat Sess produces. Her seductive intentions carry on to the next track, “Love On Me”, a catchy bop with a call and response chorus. But by the 8th track, “Move On”, the mood dips again for a sweetly captivating ode to heartbreak.

Regular collaborator, Falz is brought on for his charming sense of humor as he features on the amusing “Mind Your Bizness” track. Though their cautionary warning against being a busybody is pointed, the animated lyric video helps numb the severity. Simi quickly returns to her romantic sentiments on the next tracks, “Lovin'”, “Please” and previously released “I Dun Care”, addressing her love interest and professing her love. ‘Omo Charlie Champagne Vol. 1’ closes with “Hide and Seek” where she wields her vulnerability with confidence and even sex appeal singing, “Because igboro no dey smile out here, Baby make it loud and clear (na me dey hold you down)”. The catchy beat Oscar produces mixing whistling samples with Afropop percussion and Simi’s relatable and heartfelt lyrics soundtrack Simi’s newfound role as Afropop’s most romantic and lovable personality.

‘Omo Charlie Champagne Vol. 1’ listens even closer to the promised-land destination Simi has been inching toward since her music career kicked off with ‘Ogaju’ in 2008. Her clever lines and captivating vocals have captured the zeitgeist.

You can stream ‘Omo Charlie Champagne Vol. 1’ below.