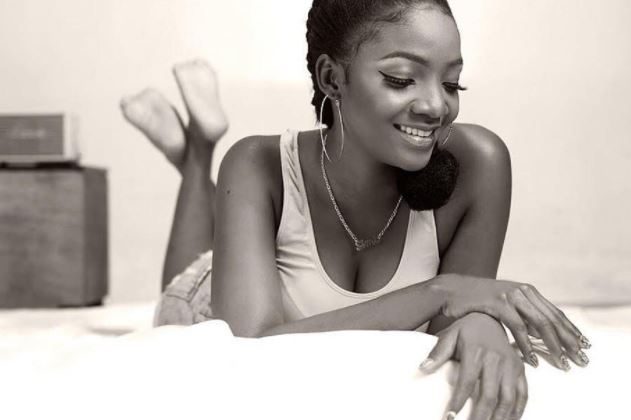 I have always been pressed about why Simi has taken nearly forever—so to speak—to release a debut album. But as I listen to Simi’s voice note replies a few days after we emailed her questions with my earphones plugged in, she affirms a presumption I’d held for nearly three years: perfectionism.

I first heard Simi as a gospel singer nearly nine years ago with her break out single “Ara Ile”, even then her sultry voice and Afro-R&B fusion was imprinted in my mind. So by default, I was in giddy fan girl spirits when I finally got the chance to talk to her on her upcoming project –a void in an artistry that is understated for everything that it is.

When Simi sings or speaks, you feel as though, she breathes the words and what you hear is merely the air echoing her trapped vowels and high pitches. And yet, despite this clearly innate compelling voice she has been gifted with, the idea of rushing into releasing any long form project was never part of the plan for Simisola Bolatito Ogunleye. She says definitively, “For me, quality is better than trying to do it for show, or trying to meet up with anyone’s time limits really, because you know, I’m just trying to put out the best possible work. Cause whatever you put out there, you can’t take it back.”

There’s a lot in this world that goes into producing one Simi song. And She is particularly enthused about it all. Simi’s sensuous music is all about the interplay between soulfulness and technology. If you take away the instruments on any of her songs, Simi is still at the centre of it all, reigning control on how the progression sets sail like wave, or takes flight into the sky.

Take for instance, the second lead single to this album she is about to release, “Joromi”. You see, “Joromi”, begins with the unmistakable shrill of a traditional flute before a faster paced piano cuts into the ethereal airiness the flute brings with it, soon an electric guitar (in highlife strumming style) is interwoven neatly with the three instruments. This is Oscar’s craft.

While Oscar is busy putting these pieces into whole, some fragments of pre-production, production and post-production is left for Simi to keep. She is underneath every part of every moment as the singer, song writer and mixer, clutching her hand round all three to combine them into one beauty form, harmony and expression of emotion. She is incredibly keen about this part. Even when Oscar had long completed the production on the beat of “Joromi”, Simi says, “I wrote on that particular beat like four, five, songs before I finally got Joromi”, her voice now capturing how exhausting it most have been.

By herself, she finally layers the dulcet tone of her vocals across the beat, shifting from a call and response of “Joromi, Joromi” into a stretched melody of “I Want You To Love Me, Why You No Dey Call Me”. The interesting call and response makes the song very engaging and nicely punctuates the remaining body of the song. It all plays like a conversation –and this is what whets her storytelling abilities.

Unsurprisingly, the first two utterances of ‘Joromi’ as she kicks off, reminds of Sir Victor Uwaifo’s “Joromi”. Not to mistake it for a sample, however if you think it, see it as a unique female rendition. At her core on “Joromi”, Simi is distinct from what you’ll get from the human living treasure, Sir victor. On it, she flexes her inimitable flamboyance, sitting right in the middle of being timeless and trendy, reminding of a movie you may have watched on African Magic —positivity intended— back in the days. Most of Simi songs have always had the traditionally urban vibe to them anyway.

There’s some satisfaction in hearing Simi’s unique version of that track. After all, of what use is it to have legends who have become a cultural touchstone for other artists, without sampling, recreating or fittingly covering as homage. Like “Joromi”, Simi has learnt to tell a story in her songs to keep your attention locked to the end. It’s present on previous tracks, “Smile for Me”, “Jamb Question”, “Open and Close” and “Tiff”.

Speaking on song composition and perfectionism, Simi laughs, noting she already detailed some of her response while answering the previous question. “Yes, I am a perfectionist and the song definitely twisted and turned so many times before we finally decided. Even after we finally did, there were things that we were still thinking Oh maybe… ”. While this mostly gleans some of the hard (possibly repetitive) work that goes into music production, it also highlights, Simi’s obsession with output, the true mettle of any artist. The creative process for any art form is quite peculiar because the obsession of the artist is usually a visual image they can already envision. The art of creation itself is tilted towards bringing that unseen but familiar image to life, Simi describes this rather aptly as “Getting that particular thing (you’re looking for)”.

To conclude our interview, Simi adds that on Simisola, “There are songs that I wrote like 4 years ago”, she reveals, as another telling of her extensive creative process. This multi-talented vocalist has been exploring on herself within the past decade, building layers and layers of strong foundation for her music career. She’s managed to take complete control over her voice without losing a smidge of spontaneity. As a soon-to-be-crowned queen of Afro-R&B-Pop, Simi is exploring the upper reaches of her register, tripling as songwriter, engineer and singer for her album, Simisola. Not bad for a girl who started out in church youth choirs, singing acappella hymns as a gospel singer, right?

Get Simisola The Album, Here.

ICYMI, See Simi make the grade in this First Half of 2017 women in music review

0100
Previous Article Boyewa’s new single, “Ur So Baby, What Is U Say’n” is as unconventional as the title suggest