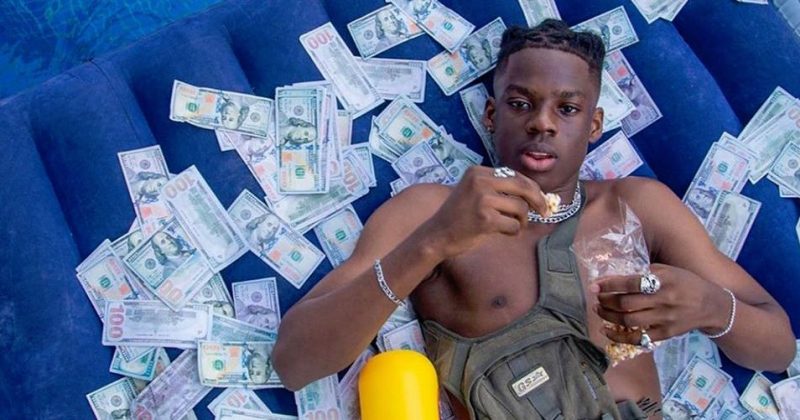 Rema is championing Nigeria’s more experimental pop flows, melodies and songcraft through his dance tunes. He has grown into a household name in less than a year since he debuted ‘Rema’ EP as Mavin’s shiny new star artist. But with his latest tape, ‘Bad Commando’, coming as his 3rd project within the year, his hard work overshadows the spotlight of being signed to a major label.

While some fans frowned at the afropop direction of his debut, the pay off has been worth it; the mainstream success of “Dumebi” placed him on a pedestal where everything he does gets monumental publicity.

His trap-fueled follow-up, ‘Rema Freestyle’, was more impactful as a result but his new project finds him blending both Afropop and trap sensibilities for a delightful 4-track tape that celebrates his growth into a pop star while establishing him as a compelling new player in the Nigerian music industry.

Every superhero needs a sidekick 🧸

The EP’s lead single, “Bad Commando” highlights his unique delivery, funnelling his Afropop melodies through an Indian music filter to make for a captivating sound as he brags about his accomplishments over the airy guitar-led instruments. The song shows off his expansive range of musical influences with the trap bounce of the drums setting up the song to fit car ride playlists. The next song, “Lady”, is the most conventional Afropop song on the project as he sings the praise of a lover over the catchy blend of high-life and EDM beats.

The third track, “Rewind”, channels the groove of Caribbean dancehall for a love song that offers the political commentary expected of a young pop star; “My people suffer, political poker/ I put the burden of the masses on my shoulder/ All the remedy I know/Girl dance to the beat and slow”. ‘Bad Commando’ closes with “Spaceship Jocelyn” an emo trap song that blurs the lines between love and other intoxicating drugs. While Rema’s buoyant cadence is certainly alluring, ‘Bad Commando’ suggests his charm lies in his ability to appeal to so many emotional sensibilities without losing the lightweight groove Nigerian music is known for.