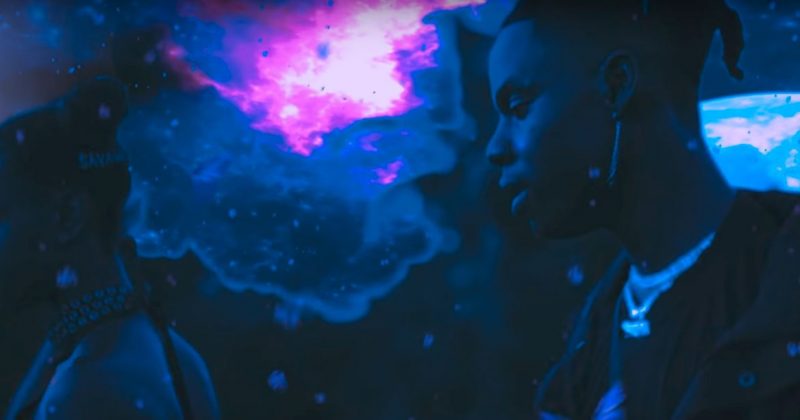 After emerging the surprise breakout act of the year with his self-titled 4-track ‘Rema’ debut project that saw him rise to the top of iTunes charts in Nigeria, Rema has seemed the artist to bridge the artsy alternative music scene with the more mainstream Afropop audiences. His latest offering is a video for “Dumebi”, a catchy Afropop cut from the EP that has been shared on Afropop stars like Davido and Wizkid’s social media pages.

But rather than following the party-themed tropes of club-driven songs such as “Dumebi”, the Ademola Falomo (director for Santi’s “Gangsta Fear”) directed video pays more attention to story building, working with the unrequited love narrative from the song’s lyrics; “Why you won go give me konji oh”. The video is set on a camping trip where Rema has to watch (and even record on camera) his love interest and her lover having fun. Though fans have commented on YouTube that the Psychadelic edits are better utilized on his more trap songs like “Why”, it provides a view into the romantic feelings he’s unable to express to his love interest.

Watch the music video for “Dumebi” below.

Next Article Essentials: Deena Ade’s ‘May Love Find You’