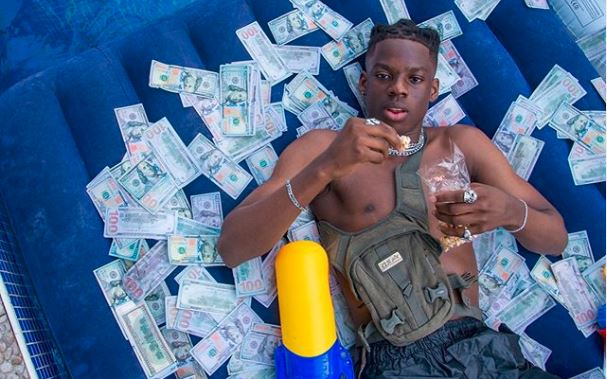 When Rema debuted “Iron Man” back in March, it was with many trappings of a modern major-label roll-out that would eventually see him top charts with his self-titled ‘Rema’ EP, released in the same month. The 19-year-old’s fame quickly spread with viral dance videos and high-profile artists like Wizkid and Davido co-signing by playing the lightweight Afropop tracks off the tape on their IG Live.

Prior to the project, however, Rema had grown a notable following as a trap rapper, sharing performances from his ‘Rap Nation’ church group and freestyle videos with a dress sense and wardrobe to match his Atlanta rap influences. He had even gotten discovered and signed to Mavin Records through one of such freestyle videos, so naturally, the Afropop direction of the EP that shot him to the limelight was cause for concern. Rema fans and observers were wary of the label playing it safe by forcing the young talents to change his sound to appeal to a more mainstream audience. But as it turns out, we may have underestimated how safe they were playing it.

Rema just released ‘Rema Freestyle’, a 4-track compilation of mixed and mastered versions of freestyle rap videos he shared to keep fans engaged on his social media pages while his Afropop songs casually climbed into every playlist, DJ set, and the subconscious of the Nigerian music lovers. In one sense, this is state-of-the-art, industry chess board strategy for marketing an artist that is no stranger to the Nigerian mainstream to the international audience.

‘Rema Freestyle’ was worth the wait and the hype, containing four tracks he already teased with snippets online. Like any good success story, the EP opens with a sad tale of grief, “Boulevard”, where he details his emotional torture from dating an unfaithful partner who undermined him. A wispy mix of percussion, synths, vocal harmonies and guitar riffs create a cinematic tapestry while his lyrics, “I don’t need her/ Mona Lisa/ And I miss her/ No picture” paints a vivid picture of his bruised ego.

As a result, the buoyant next track, “American Love”, almost seems intended as a revenge kiss-off track to his heart-breaker as he brags and takes petty shots over the sparse trap production. Ironically, his melodic Carti-esque caricature cadence and ad-libs also make for the most ambitious element on the project with its objective to draw the attention of international audiences.

“Spiderman” was perhaps his most notable freestyle, inspiring parody videos from comedians on Instagram who mimicked his quirky hand gestures while rapping. However, the song’s melancholic lyrics and atmospheric production stand at sharp contrast to the humorous fan videos. “Spiderman” reveals Rema’s paranoid thoughts,  dealing with haters that undermine him and those who try to take advantage of his talent and newfound fame. Despite his catchy flow and cartoonishly inventive raps, his lyrics are dark and lucid, revealing his adept pen-game.

Having already established his trap influences, the closing track, “Trap out the Submarine”, expands his sonic palette as he explores more niche synth-pop sounds, singing over a velvety mix of vocal harmonies, drum machine loops and space-age synth chords of a Frankensteinian combination of guitar and synthesizer harmonies. Thematically, however, “Trap out the Submarine” lives in the overlap between political anthem and self-reflection. Lines like “Government they be busy acting crazy/ They shedding so much blood for this” and “So many niggas died/ How did I?/ I told them I was born for this” listen like battle hymns. But despite the down-pitched ambience of the song, there’s also an undercurrent of a celebration of his rise to mainstream dominance.

You can stream ‘Rema Freestyle’ below.

ICYMI: Rema is the kid from Benin with the world at his feet