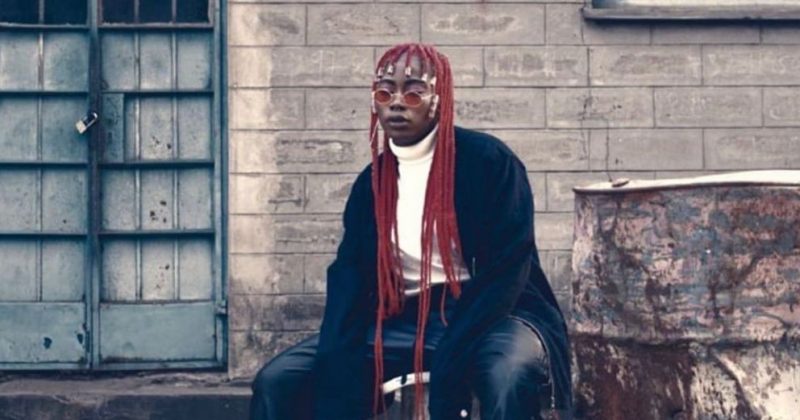 It’s almost too much to process, that in the middle of a global pandemic, people have been passing away from other causes. It’s just one, but a particularly heartbreaking way in which the COVID-19 virus has had knock-on effects in our day-to-day lives. In a period where funerals are prohibited (for most) due to the strict social distancing guidelines, the loved ones of the dearly departed have been unable to properly eulogise those they have lost in the ways we have all become accustomed too. Back in late April, popular Afropop dancer and model Love Divine Ike, more widely known as Picture Kodak, passed away following an electrocution incident. She was recognisable from her appearances in many music videos, a sprawling list including Burna Boy’s “Gbona”, Olamide’s “Oil & Gas” and Blaqbonez’s “Haba”. She was also a founding member of Westsyde Lifestyle, a prominent dance crew dedicated to amplifying street-bred dance culture through conceptual dance videos, stage performances and appearances in music videos.

Shortly after Love Divine’s passing broke to the public, condolences started to pour in online from artists, colleagues and admirers. With her résumé, the reactions were appropriate. Beyond the picture posts and perfunctory “R.I.P” missives, there were tweets expressing deep grief from Chinko Ekun and Dremo, testimonials to her bubbly and good-natured personality from Simi and Blaqbonez, and Zlatan expressed his sadness at her death by delivering a verse over the soulful folk instrumental for Bankulli’s “Gbemiro”.

@picturekodak to think I was still with you two days ago discussing your impact of dance and the Afro beat world at large. This sad news got to me and I can’t quite place it because you still got so much to offer the world with your dance. I remember the first time we met at the video shoot of my breakout song ‘My body’ ft Olamide, you appeared to be this short energetic girl with so much beautiful soul while dancing. The world can be a cruel and beautiful place at the same time and I’m glad to share the beautiful part with you ( Love Divine) Kodak. Heaven watch over you, you left a mark in the Nigerian dance scene and the Afro world at large.

Just last weekend, it became public knowledge that Kodak featured in the music video for “Keys to the Kingdom”, one of the many visuals that make up Beyoncé’s new Disney-exclusive film, ‘Black is King’. As short snippets from the film and pictures of the ever-energetic Divine on set made its way on to the social media pages of those involved in its creation, they were met with an outpouring of emotion by fans and creatives alike. Without a doubt, Love Divine impacted the Nigerian music space, and going by all the glistening comments, in ways that may never be fully appreciated by those are not industry observers.

It is a bit ironic that for a face many will recognise from their favourite music videos, her contributions were never really explicitly acknowledged until her passing. This is very common for many women who appear in music videos and on stage – they are beamed unto our screens and briefly share the spotlight with the artists, however, they barely bear any other considerations beyond satisfying our gazing eyes in those moments.

If you ask an artist how they’d like to spend a meaty promotional budget, chances are, shooting a music video will be at the top of that list. The reason is simple: the right videos leave an impression on the viewer, increasing the song’s chances for commercial success; and it also builds or consolidates an artist’s brand. More often than not, these visuals will feature dancers/models who are entrusted with improving the impressionistic value of the video.

There’s a wealth of recent examples of the importance of women to impressive music videos. It’s impossible to envision the entrancing video for Burna Boy’s “On the Low” without noting Curtisha Kruytoff’s scene-stealing performance; Georgia Curtis’ hypnotic dance moves in Wizkid’s “Joro” personifies the song’s bewitching groove; DJ Tgarbs’ innate allure is essential to the zany idea behind Ycee’s “Vacancy”; Seyi Shay’s femme fatale persona in the video for Show Dem Camp’s “Do Me Nice” heightens its storytelling devices; and Picture Kodak’s ferocious and sexually charged performance was the central point for Blaqbonez’s “Haba”.

These examples point to the important, yet, often understated role these ladies—widely described as video vixens—play, especially in Afropop’s bigger picture. In the last few years, Nigerian music has been increasing its global attention, and while a significant part of that is down to its groovy and diverse sound, its colourful videos are also vital. If you scroll through the YouTube comments of the music videos from popular Nigerian artists, you’ll find viewers leaving comments to announce their locations, many of them from far-flung countries across the continent and the world. Since they’re quite the staple in these videos, it doesn’t seem far-fetched to define the eye-catching presence and roles of dancers and video vixens as essential.

In an industry teeming with male singers who regularly sing about women as the object of their affection and affluence, video vixens mainly come off as accessories. A big part of that comes from the influence of hip-hop, a genre that has been single-handedly responsible for shaping the perception of video vixens in the last three decades. Blame it on the inherent machismo, and the misogyny resulting from it, rap videos have set the sexist identity these women all supposedly fit, an image that has been taken to heart by audiences who are simply content to follow along.

Many rap fans will be familiar with Karrine Steffans, a former video vixen from who became known for alleged sexual relations with a long list of popular rappers, was infamously nicknamed Superhead and has been referenced in many sexually derogatory punchlines. In 2005, Steffans published ‘Confessions of a Video Vixen’, a memoir in which she highlights the casual degradation and sexual exploitation she faced during her stint as a vixen. The memoir stirred up controversy, with the worst cynics calling Steffans a snitch and deeming her experiences as occupational hazards of the profession.

To many, being a video vixen somehow automatically equates to being a sex worker, and in a conservative Nigerian society, being perceived as a sex worker means that respect is regularly thrown out of the window. Sure, sex sells, and while exuding sexual appeal may be a visible part of the arsenal, that’s not all video vixens represent. Many artists fancy their videos as visual experiences, and by executing their stipulated roles, these women are important to translating the working idea into an enjoyable video. It’s a simple ideal with its own complications.

Women like Picture Kodak were a key part of women using their bodies as an empowering expression of their femininity. While this is definitely a complex debate, what’s of utmost importance is conceding to their autonomy and respecting the integral nature of their work to the colourful visual identity of contemporary Nigerian music.

While they might never be able to get the same kind of spotlight artists do, acknowledgement of their importance in the game goes a long way. In recent times, the Kalakuta Queens have begun to receive their flowers as the unsung heroes of Afrobeat. Known for their energetic and seductive dance routines, what these women represent to Afrobeat’s aesthetic is now being acknowledged, over three decades later, through the critically acclaimed play, ‘Fela & the Kalakuta Queens’.

Even with wildly varying nuances, Nigeria’s current music scene can and should take cues from a reverent act like this, even if it’s on a much smaller scale. Regardless of the fact that they are nameless to many, these dancers are integral to representing the music we all love and support, and they should always be regarded in that light.

We shouldn’t wait until it’s too late to give them their flowers. Rest in peace, Picture Kodak.

ICYMI: WE SHOULD BE GIVING MORE PROPS TO SOUND ENGINEERS IN AFROPOP

0000
Previous Article How To: A guide to Africa’s most popular dance moves from the 2010s