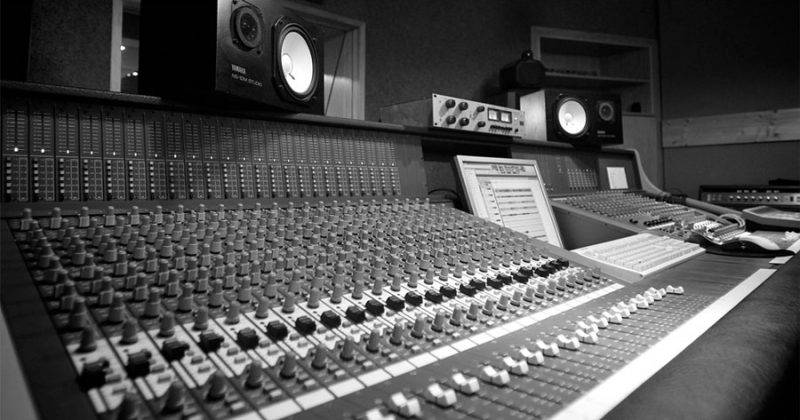 We should be giving more props to sound engineers in Afropop

In a three-part series, The NATIVE breaks down the different unseen facets that go into making a song: songwriting, song sampling and sound engineering, in  a bid to pronounce their place and importance in creating a functioning ecosystem in the music industry.

When it comes to music, beauty is in the eye of the beholder, and how everyone feels about quality is quite subjective. In this murky territory, the sonic basis of the song is probably the closest thing to an empirical factor in determining the quality of the music. It’s easy to debate things like the efficacy of the melodies, lyrics, vocal performance and instrumentation, but the argument dials down a bit when considering how well the music is polished off and finished.

This is where mixing and mastering comes in – an oddly and sorely underrated part of the music making process. Usually, the vocal artists get a significant amount of the praise when a song comes out, followed by the producers. Sound engineers, however, who are entrusted with making sure the moving parts are fused together to ensure listeners get an acceptable song, are far less recognised.

“Some people might not see where sound engineers come in, but the thing is, the volume where an artist records a song is not ideal for commercial listening”, Alpha Ojini—rapper, producer and engineer who’s mixed music for M.I Abaga, Blaqbonez, Ycee, Bella Albubo and more—explains to me over the phone.

You’d be wrong to think that mixing and mastering is just about increasing or decreasing volumes. In the early parts of our enlightening conversation, he breaks down the basics of what this stage is, explaining that it involves synchronising the vocals and instrumentals, taking note of the direction the artist and the producer were aiming for while making music.

You might think this all sounds very simple, but there are a bunch of technicalities involved in taking a newly recorded piece to a full-fledged song, especially in the era of easy access to mobile, makeshift equipment. Before the technological advancements that enabled artists to record their music wherever they wanted to, properly set-up studios were the go-to places to record, with the resulting song depending on the quality of equipment. These days, there’s a convenience and spontaneity to making music, since more people can buy and set-up gears in the comfort of their homes, however, the downside is that recording music in an uncontrolled environment complicates turning a demo into a commercially ready song.

In Afropop, artists like Davido and Zlatan are known for sharing videos of their recording process, some of which happens in makeshift spaces rather than in studios. While recordings from both places need to be mixed, one requires more effort from the sound engineer.

“Usually, engineering is garbage in garbage out”, Alpha says. “Your work is easier as an engineer if the recording was done in a studio area that is closed off to external noise; most of the problems we get is people recording in less than ideal spaces”.

Fittingly, the same technology that enables artists to record in places that aren’t studios, is coming up with tools to help deal with complications from initial recordings. But Alpha makes a point that the engineer needs to be on top of their game and new updates to make sure they can work with whatever they get. “For someone like me who does this as a hustle, it’s up to me to rise up to the challenges, ‘cos the problems are even more than people recording in less than ideal spaces”, he says, adding that artists and producers will demand that you pull out your best tricks, to ensure that their flawed recording becomes a glossy song. 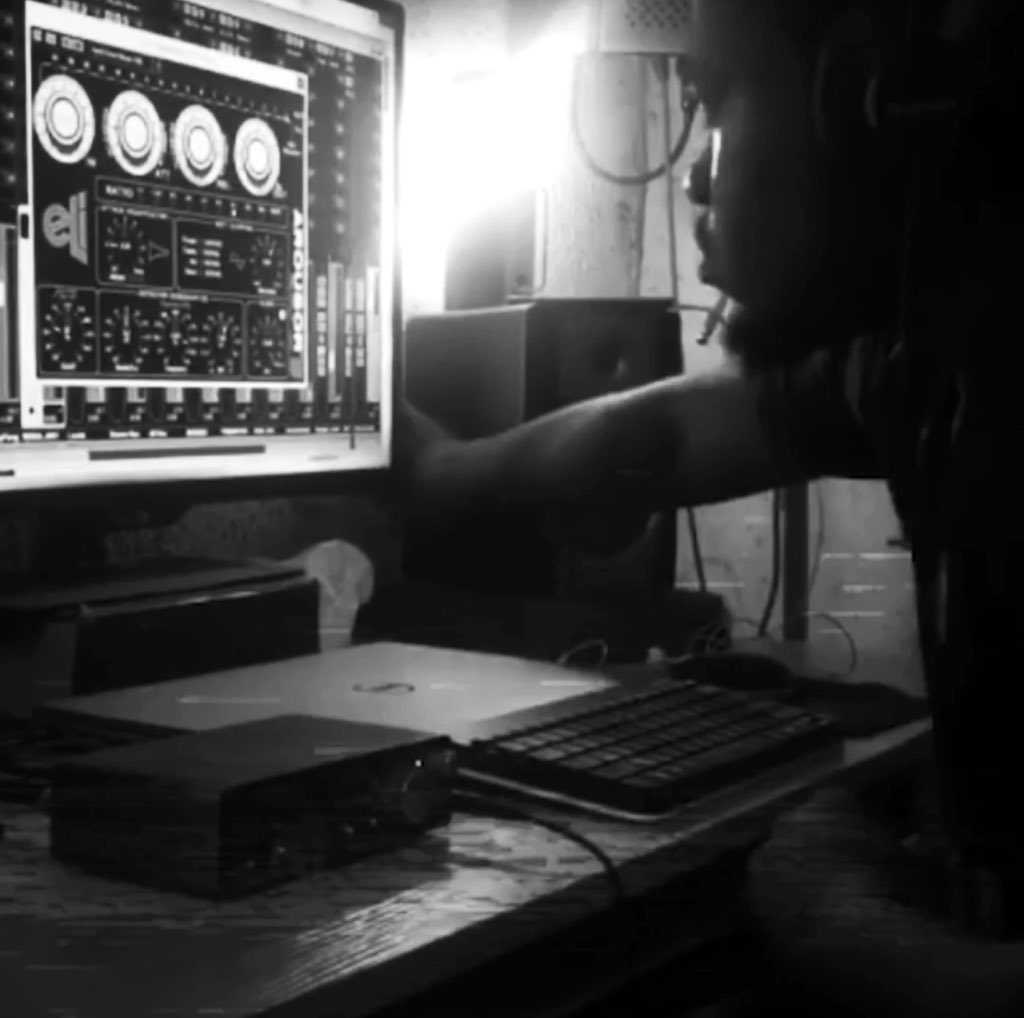 In addition to clearing background noise and adjusting volume levels, sound engineers have to be specific with their mixing and mastering efforts, with respect to the genre. Midway through our conversation, Alpha mentions the Red Book Code, which specifies the standards engineers work with to ensure that their loudness volumes is appropriate to the music they’re working on.

“For example, there’s a level at which the bass and the snares have to knock, in order for a hip-hop song to be considered dope, and there’s a level for the percussion to slap on an Afrobeats song for it to be standard” Alpha says.

He, however, makes the point that all of this is really subject to listeners’ reception. With that caveat, the code isn’t nearly as absolute, as much as it is a loose guide for engineers, allowing for flexibility and a creative licence that is underpinned by the level of equipment they have. “There are different tools that help some engineers have an edge over others”, Alpha explains. “There are engineers that have thousands of dollars of analogue equipment, and they will be able to crank out more loudness on their mixes than someone who works entirely on a laptop”.

Even after landing the preferred ballpark, though, engineers need to ensure that their mixes fit into the artist’s vibe. Alpha uses the pop sensation, Billie Eilish as an example, noting that her punk-meets-ASMR aesthetic might be totally ruined if an unfamiliar sound engineer was entrusted with mixing her music. This instance pushes the notion that sound engineers are important in helping artists project their voice, and by extension, their distinct personas.

Considering their significance, it’s a shame that sound engineers are not always accorded the same level of reverence as their responsibilities, and Afropop is a special culprit in this case. In places with more developed music industries, sound engineers are respected by fans and celebrated by artists. For his work with heavyweights like Kanye West and Travis Scott, producer and engineer Mike Dean is widely regarded by hip-hop fans as an essential pair of hands in shaping the current sound of rap music. JAY-Z has shouted out his engineer, Young Guru, several times on wax, explicitly immortalising him as an important part of his illustrious career, and the same goes for artists like Future, whose late friend Seth Firkins, helped shape his sound before his tragic passing.

Even when the recognition isn’t outward, sound engineers can gain validation for their work through awards. Every year since 1959, the Grammys have given out awards for Best Engineered Album, in classical and non-classical categories, and they are presented to the engineer(s) rather than the recording artist. It’s an acknowledgement of their huge role in making sure the best music possible is being made. From Nigeria’s Headies to South Africa’s Mzansi Viewer’s choice awards, there’s no dedicated category to mixing and mastering, a portrayal of how undervalued these facets are by fans and stakeholders.

“We actually have people in Nigeria who have been mixing for years”, Alpha offers when I ask him who should judge a mixing and mastering category, since we’re mostly ignorant. “We have people like that in the Gospel music space, you’d definitely find in the alternative space—that’s people who’ve worked with legendary producers like Cobhams Asuquo. These people are living in this same Lagos, and when you go to their studios you’d think you’re outside the country, but it’s just ‘cos they’re super low-key”.

In his opinion, finding those people and convincing them to take the responsibility of judging an engineering will go a long way in improving recognition for engineers, and even raise the standards substantially since there’s a high-valued prize attached.

The truth is sound engineers do the most without really getting their due props, which is quite unfair. With the onus that’s placed on them, and the amount of skill that’s required to pull their job off, it doesn’t seem out of place to equate sound engineers to magicians—or maybe make-up artists, except they don’t post before and after snippets. Regardless of the analogy you prefer, they important thing to know is that they are an indispensable part of making music, and we need to treat them accordingly.