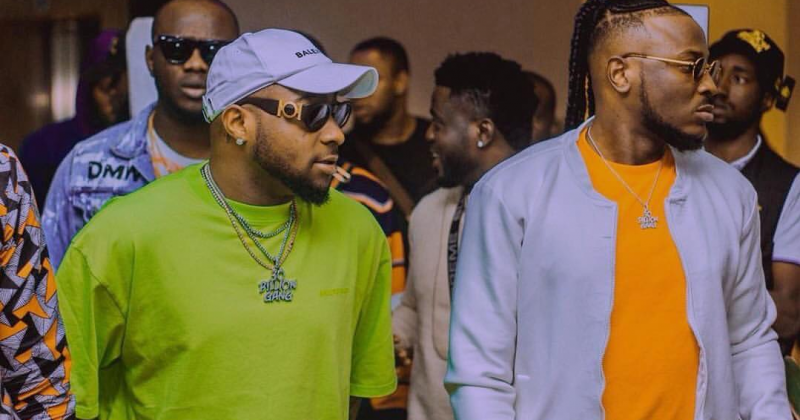 Songwriting in Afropop should be more welcome and here’s why

Over the next week in a three-part series, The NATIVE will be breaking down the different unseen facets that go into making a song: songwriting, song sampling and sound engineering, in  a bid to pronounce their place and importance in creating a functioning ecosystem in the music industry.

In its early days, contemporary afropop took many of its cues from hip-hop—and for good reason. Although it was only named the most popular genre in the U.S in 2017, the culture and aesthetic of hip-hop has been globally prominent since the ’90s. This influence spilled into pioneering Nigerian acts at the time, both in sound and identity. The then popular afropop groups— who mirrored hip-hop’s knack for group acts in the ’80s and early ’90s—usually had at least one resident rapper; their dressing imitated the glossy and kitschy swag of the shiny suit era; and the music contained influences from hip-hop and adjacent genres.

With all of these derivatives, afropop also seemed to co-opt hip-hop’s norm of frowning upon assisted songwriting. It’s an unwritten, yet, well-known rule that rappers are expected to write their raps, otherwise the music is deemed inauthentic. The same ideal is often extended to afropop artists by its fans, many of whom also believe that to be a singer, you must write your own songs, otherwise you’re using someone else’s work. From a wholesome standpoint, though, this stance is quite erroneous and definitely needs to be eradicated.

It is important to note that by virtue of being essentially ‘pop’ music, afropop should not be held to the same writing standards as rap— many of which are even getting more and more antiquated by the day. For rappers, the requirement of writing every verse boils down to the importance of authenticity in hip-hop, however, these days, the idea isn’t as important in service of making the best music possible. Although there’s still a high premium on being a lyricist, getting assistance for writing isn’t looked at with as much disdain, especially if you consider that superstar, award-winning rappers like Travis Scott, Cardi B and Kanye West turned out some of the best and biggest songs of the past decade even with a songwriter.

For fans of afropop, prioritising the quality of music over who wrote what, is the first step in acknowledging the validity and importance of songwriters. The idea that artists who write their lyrics are implicitly better than those who don’t is a misconception, because great music means more than a sum of its parts and collaborators. For all its rhythmic range and melodic catchiness, inventive lyricism is widely regarded as the Achilles heel of afropop. This is a weak spot that can be shored up with the assistance of songwriters, but many artists would rather restrain from calling for help due to potential backlash from the public.

Beyond shying away from enlisting help, afropop artists also tend to hide non-performing writers, so as to mitigate negative reactions. In 2017, Teni publicised her involvement in writing “Like Dat”, one of Davido’s comeback hits during his stunning ‘Back to Basics’ run. While it was a way of taking pride in her work, and appreciating the opportunity to work with one of the genre biggest stars, the reception to Teni’s announcement was far from encouraging. There’s a theory that “Like Dat”, which was accompanied by a fabulous music video, would have been way bigger if listeners weren’t privy to the particulars of the songwriting process and in a year where Davido dropped multiple smash hits, you can see the validity of this argument.

From this scenario, it is easy to glean why artists and songwriters might not be so keen on letting the wider audience in on collaborations. On a more direct note, the positive side of the “Like Dat” situation is that Davido has only strengthened his resolve in getting help with writing, and it has continued to serve him well. His sophomore album, ‘A Good Time’, is littered with writing credits from colleagues like Adekunle Gold, Peruzzi, WurlD and more. These contributors play important roles in enhancing the warm and lush direction of Davido’s best album yet, serving as a prime showcase of the benefits of having multiple chefs in the songwriting kitchen.

Perhaps the biggest objection to assisted to songwriting, is that it might obscure the artist’s personality, however, finding the right, enhancing collaborator is where artists show that they have a vision. For “1 Milli”, a standout cut off ‘AGT’, Davido recruited the writing abilities of Adekunle Gold, coining in on AG’s flair for unabashed love songs without losing the self-assured personality he’s known for. This stellar example points to the ideal that songwriters, when employed tactfully and correctly, build up the craft of a song rather than water it down.

In addition to the value it will add to the genre craft-wise, the public embrace of songwriters improves the chances for our growing ecosystem to become an all-inclusive, structured and accountable space. Currently, the music industry favours the vocal/performing artists, placing little value on the other parties involved putting the music together. Just last week, there was heated debate on Twitter about artist-producer relationships in Nigeria, further highlighting the hoops producers have to go through in order to get what’s due to them. Considering how much more prominent production work is on a song, one can only wonder what songwriters, credited and uncredited, have to go through on the business side of things.

Recognising that assisted songwriting is a regular, critical part of the music-making process is a starting point to mitigating those hoops. Songwriters can publicly take pride in their work, and even air grievances against artists without fear of backlash. Also, with the ability to digitally collect royalties, they can continue earning money off their work, even after initial payments. With its destigmatisation and improved viability as a well-paying endeavour, songwriting offers an opportunity for both performing and non-performing to continually make their mark on Afropop and be duly compensated for their efforts.