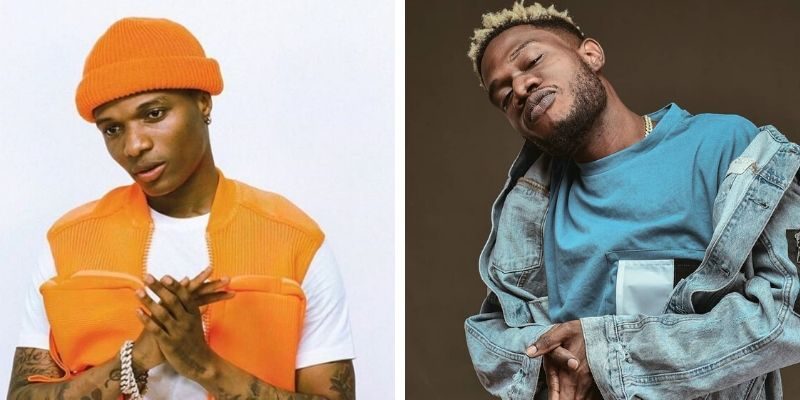 It kinda goes without saying that having the right music producer can have a huge impact on how well the song does, as they quite literally lay the sonic foundation. This is why in functional societies, music production copyright operates such that everyone involved earns royalties; including artists, labels, writers, producers, A&R and publishers.

The Nigerian music industry, however, doesn’t quite function as such, as the market has been structured in a way where a song & artists’ ‘blow’ factor is based on ability to move a large crowd. This structure can sometimes create turbulence between those involved in the process as we’ve seen many times.

Disputes between those in power and those under their thumb have been a mainstay and artists such as Iyanya, Runtown, and most recently Ycee have spoken up about it. With streaming services allowing artists have more control over their careers, record labels and distribution companies no longer hold as much leverage over artists’ careers as they once did and this seems to be spreading into the artist/producer relationship,

Earlier this month, Northboi, who broke out in 2018 with Starboy’s “Soco” took to social media to air out his grievances against his longtime collaborator, with claims that he hadn’t been paid for some production work. Following the release of “Joro”, Killertunez was credited as producer in lieu of Northboi, and he did not seem to like it.

this is madness. Joro was produced by me Not killertunes. i have the data. This is just madness. am done with this. so shameful pic.twitter.com/NCUbgSqEbU

Given the industry’s infrastructure, which sees producers leaning towards big one-off payments for their beats, as opposed to banking on royalties, Northboi’s frustrations are understandable on that front. Although music distribution has moved into the streaming era, it’s still not a particularly viable system in Nigeria, as the current performance based market only leaves room for bragging rights for everyone who isn’t the performing artist.

Take for instance, R. Kelly, who at this point, is done out here following his reputation as a sexual predator for 3 decades. In 2019, we would assume that nobody is actively and intentionally streaming R.Kelly’s music, however, he will continue to make money from his involvement in songs he has written, produced and mastered for other artists like B2k, Destiny Child, Michael Jackson, Celine Dion, P Diddy – to name a few.

If our society functioned as it should, producers will never really fall into pickles such as Northboi’s alleged one, and it’s things like this which point to the importance of building up lasting structures, to ensure symbiosis and that everyone eats good together.

One Name. Northboi the Oracle

Wizkid is one of the biggest stars out of Africa at the moment, and he’s set to release his third studio album very soon. It’s a no brainer that he’ll be cashing out from performances all over the world, especially in the run up to the busiest time in Nigeria and West Africa in general – Christmas.

Northboi, however, is also gaining tremendous international recognition, and having worked on a beat for Beyoncé’s ‘Lion King: The Gift‘, and being paid $5000 for it outside of streaming royalties, he’s clearly done with the imbalance that exists in our industry and is speaking up to rectify it.

What the ongoing saga between Wizkid and Northboi teaches us about the music industry is invaluable – the current infrastructure isn’t quite up to par, and it would be best to create a system where everyone involved in a body of work is fully credited and benefits in the long term.

To achieve this, the onus doesn’t only fall on music execs and those within the industry. We as fans and listeners must also properly support musicians by acquiring their music legally, instead of downloading off the internet.

Producers are invaluable to the music process, and deserve just as much accreditation as the recording artist, because everyone knows that no matter how good an artist is, the beat of a song makes it what it is.

Tami is a lover of astrology, music and women. Tweet your fave female artists at her @tamimak_