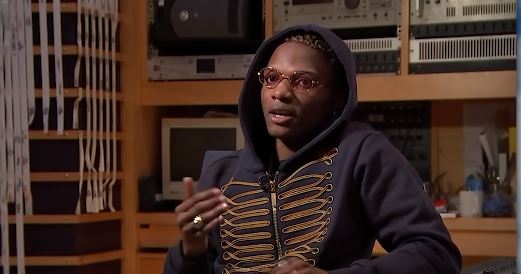 Watch the mini-documentary detailing Wizkid’s life before the fame

In 2015, Wizkid featured on Drake’s smash single, “One Dance”, a song that peaked at the top of the Billboard Hot 100 for ten weeks, and set multiple streaming records. Since then, the afropop superstar has ascended to a higher level of popularity, mainly amongst international audiences.

While these relatively new fans are more familiar with Wizkid’s more recent achievements and newer releases like ‘Sounds From The Other Sides’, “Come Closer” and “Soco”, there’s an important backstory that shouldn’t be disregarded. To provide context for the those who aren’t day ones, Before They Were Famous—a popular YouTube channel dedicated to the early lives of celebrities—has just put out a mini-documentary detailing Wizkid’s journey to his current level of fame.

Hosted by Canadian YouTuber Michael McCrudden, the 10-minute documentary touches on Wizkid’s upbringing in polygamous, multi-religion home, and highlights his influence which include Fela Kuti and Lil Bow Wow. It also delves into the A-list Nigerian artists Wizkid crossed paths with in the early days of his career, including 2Face Idibia, Sound Sultan, Naeto C, and his feature on M.I’s “Fast Money Fast Cars” that helped him sign with Banky W’s EME music label.

Although the brief expose documents Wizkid’s pre-fame history in tidy fashion, it also serves a reminder that we need to properly document the history of our artists, especially as Afropop has become a widely loved export over the years.