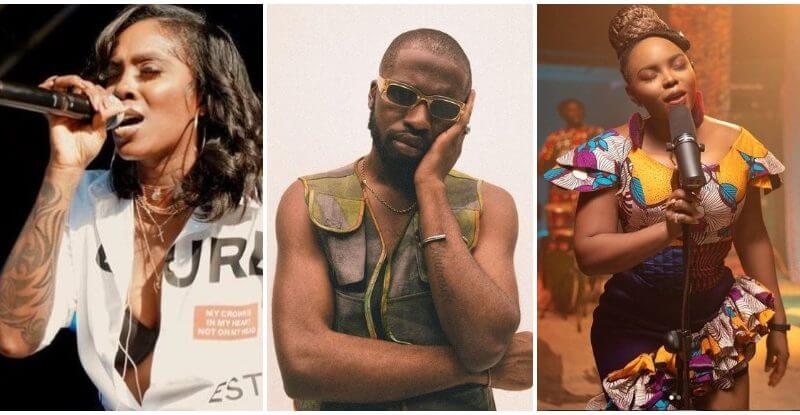 The build-up towards Tiwa Savage’s third studio LP, ‘Celia’, is gearing to reach its crescendo. A month after sharing “Dangerous Love” as the album’s lead single, she’s now shared a second single, “Koroba” in the lead up to the album. Diverging from the blue-eyed romantic intentions of her last single, “Koroba” finds the singer taking aim at the rumour mills and mocking the overtly judgemental nature of society. “If I follow politician, you go hear am for paper/them go call am prostitution, who no like enjoyment?” she playfully sings over London’s colourful and catchy beat. “Koroba” is as carefree as they come.

Thanks to her unwavering work ethic and consistency, Yemi Alade has worked her way into one of the more popular and bankable artists out of Africa. A week after featuring in Beyoncé’s film, ‘Black is King’, the singer has returned with a new single, “True Love”, and it stays true to her knack for crafting catchy songs that are ready for mass consumption. Against Vtek’s spry guitar riffs and fast-paced tribal drums, Yemi Alade describes her perception of what it feels like to be loved, whilst also urging listeners to embrace positive feelings that bring them happiness.

It’s been nearly three years since BOJ’s last solo studio album, ‘Magic’, but the singer has remained ever busy with features, a pair of EPs with Ajebutter22, DRB’s long-awaited debut album, and banging singles of his owns. Coming off the release of DRB Lasgidi’s excellent album, ‘Pioneers’, he’s just dropped his second single of the year, “Abracadabra”, and he enlists the services of afropop heavyweights Davido and Mr Eazi for the feel-good jam. Set to a mid-tempo afro-Caribbean beat produced by Genio, all three artists admit to carnal intentions, loading their lyrics with vivid imagery that play up their raunchy attitude. BOJ sets the tone for the song with his supreme ability to lay down killer hooks, while Davido and Mr Eazi let personify sexual thirst with their contributing verses.

Earlier this year, Ghanaian artists Freda Rhymz and Sista Afia nearly came to blows, stemming from a beef that initially only included online subs but grew into diss tracks traded back-and-forth. All is now seemingly well between both artists, as they’ve collaborated for a new single, “Saucy”, which sees them bragging about their sex appeal. Accompanied by a glossy and vibrant beat, they perform their set in a mix of Twi and Pidgin English, with Freda singing the lively hook and Sista Afia contributing a sassy rap verse.

Three years after their well-received debut album, ‘AIM (Above Inna Minute)’, Tanzanian duo Navy Kenzo are gearing up to drop their sophomore LP, ‘Story of the African Mob’, which will be out in early September. In anticipation of the album, they’ve shared a new single, “Bampa 2 Bampa”, a love song about commitment between two lovers. Although most of the lyrics are delivered in their local dialect, a touching romantic candour is evident in the song’s memorable hook, their R&B-tinged melodies and the sublime folksy beat.

With his impressive debut EP, ‘Cray Cray’, Crayon showcased his formidable abilities as a budding pop star, and with over 10million streams he’s well on his way. Continuing his consistent streak, the London-produced “On Code” is his fifth single, and it continues to hone in on his flair for crafting songs heavy on romantic sentiments. Singing over catchy mid-tempo production, Crayon expresses his admiration and desire for a love interest, conveying the level of intimacy he wants to achieve with her.

0000
Previous Article GEMS: A list of the best songs this week

Next Article Remembering the pre-lockdown parties