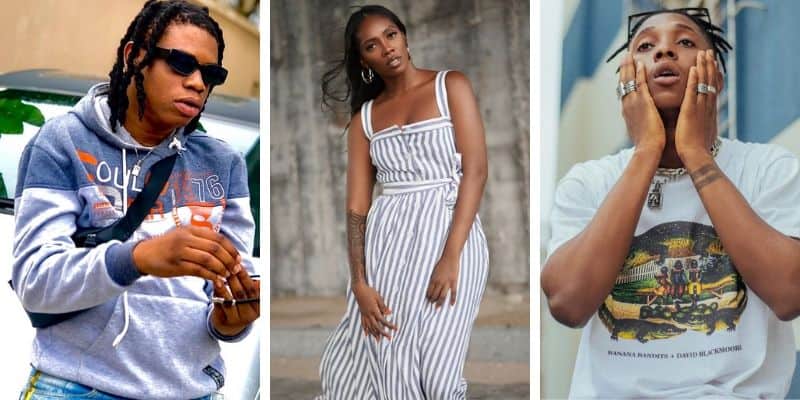 It’s been almost six months of self-isolating to flatten the curve of COVID-19, and things haven’t become any easier. The one constant through these bleak times is the vast array of new music we’re getting from all our favourite artists, which definitely help make the world a bit brighter considering everything. In a bid to constantly highlight the best music from this period, we’ve scoured through the continent and selected our Top picks of all the best songs released today.

Browny Pondis has come a long way from back when he had to tag musicians on his weekly Friday freestyles, and his latest single, “Again” details his grind to score that elusive hit song that’d shoot his career into acclaim. Browny feels no shame about his struggles and boldly paints a painful picture of his reality, wearing the hardship like a scar; “We put in work in everything but nothing show/ I don tire for this kind life.”

While the frustration is palpable in his voice and the melancholic piano harmonies of the beat, he remains optimistic that he’s just one song away from nationwide acclaim. The down-to-earth approach to songwriting might not have the finesse to make him into a showy pop star, but “Again” deserves endless replays for its catchy melodies and Browny Pondis’ confidence-inspiring performance.

Everyday on Twitter, there is a picture or video floating around the timeline to remind us about the past, when things were simpler and we could go out without needing protective masks. The Cavemen have been providing nostalgic highlife music for fans before anyone could even imagine there’d ever be a lockdown and their latest single, “Anita” continues their retro style music.

Here, they narrate a romantic tale over catchy live-music instrumental arrangements-highlife guitar riffs, horns, percussion, drums, rattling samples and backing vocals-that accent their nostalgic poise. With more focus on music rather than the lyrics, “Anita” is mood music, and The Cavemen sound very at ease over the colourful backdrop of highlife instrumentals.

It might interest you to know that falling in love did not fall off in quarantine. Tiwa Savage’s latest single, “Dangerous Love” emphasises this as she expresses her feelings, singing: “I’m deep in love with you/ oh I’m deep in love with you”. With her usual soft yet present vocals over the laidback Afropop beat produced by Cracker Mallo, Tiwa seems to be sceptical about her “Dangerous Love”. In her self-directed the video in collaboration with Ibra Ake, starring Adesuwa, she offers an intimate look at her process whilst getting ready to go out on a date, in between trippy cuts of Tiwa performing her emotive lyrics.

To say the news headlines for 2020 have been stressful would be putting it lightly. We normalised watching the rising death-toll of Coronavirus victims and now it seems like everything could potentially be a cake. Being in self-isolation means we’re relying on news updates to know what’s going on around us and Zlatan’s “The Matter” depicts a comical narration of our attempts to make sense of what’s going on with the world. He just shared the Visionary Pictures directed video for the song and it’s set in a courtroom where’s he’s dressed as the judge, who has to solve cases arising like “I order shawarma, I see akara”. With cameos from social media comedians like Brother Shagi and Poco Lee, the video for “The Matter” is fun way to spend 3 minutes of your afternoon.

Sugabana, Bella Shmurda and Barry Jhay have dedicated their music careers to being illustrators of the streets, and on “Shalaye” all three come together to take turns narrating their experience with women who took advantage of them. Singing “You know me I gangsta, I don’t care”, they also admit their role in the crime-ridden community. Sugarbana’s flows standout over the mid-tempo beat produced by Timmy/Badass while Bella Shmurda and Barry Jhay contribute their melodic Yoruba-fueled sets to add more flavour to the song.

Elmina – “Done With You”

Elmina just released her debut EP, ‘No Drama’, a 4-track tape that introduces her unique blend of r&b and afropop, while she navigates her emotional struggles with love and romance. Stand out track, “Done With You” is a potent breakup anthem influenced by early 90s’ R&B songs that soundtracked our high-school relationships. After describing the bright sparks from the initiation of the relationship on the initial tracks on the project, she finally admits everything wrong with their romance on “Done With You” as she sings “If we’re being honest, we both know we got no connection” over the lightweight piano-led R&B beat. The music video Avalon Okpe directed also taps into the nostalgic r&b elements as we watch Elmina walk around her glamorous apartment in slow-motion while she sings her heartfelt lyrics explaining why she’s over the relationship.

Marv OTM has been producing and rapping as a member Abuja-based collective, Apex Village and last year, he put out one of his strongest solo offerings yet, “How You Feel”, which he’s now accompanying with a music video. The psychedelic trap beat and Marv’s druggy lyrics on “How You Feel” already sounded ready for a dystopian sci-fi movie and Ben Ankobiah followed in similar direction with the video he directed. The video shows Marv OTM in a neon-lit garage with a spot car and a white model to highlight the rapper’s cocky brags; “I just pulled up in a Merc’/ It ain’t no lease/ Foreign lil biddy that’s imported from overseas”.