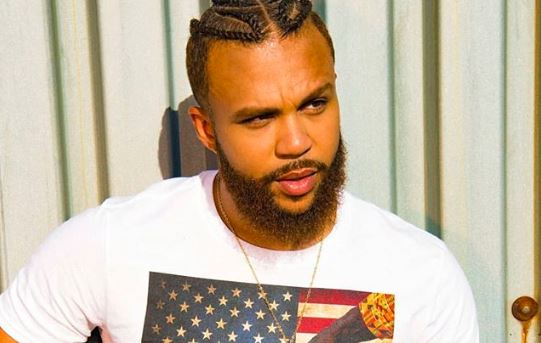 Home is where the heart is, or at least where you can always go to find asylum. Per the trailer of his newly released album, ’85 To Africa’, rapper/singer Jidenna went on a prolonged vacation around Africa, after accommodation issues spun him into disillusion, clearly recharging his creative batteries and refreshing his perspective on what home means.

Although he’s never shied off his Nigerian origins, even reflecting it in his music, there were notable doses of contrivance and sensationalism attached to his last album, ‘The Chief’. This time around, in attempting to crystallize his trip, he is far more looser, compelling and innately prideful of his African heritage. Even his image has been aptly rebranded: jerry curls have been replaced with cornrows, and he’s ditched the ‘classic man’ look to don Ankara-based pants. And on wax, he claims to have replaced his suit jackets with Kimonos on “Babouche”, which references the heelless footwear attributed with Moroccan origins, and quite popular amongst men from the South-East of Nigeria.

’85 To Africa’ is bracketed by two statement tracks, as pillars of sorts. On the emphatic opener, “Worth The Weight”, Jidenna bounces between triumph and ambition, revelling in the pride of being a first generation and expressing his grand purpose, while Afrobeat heir-apparent Seun Kuti chimes in with pan-African rhetoric at the end. “Since I buried papa in the village with a shovel, bro/every move is bold, ain’t no time for being subtle, bro”, he snaps over a ground-shaking combination of Leviathan bass and squealing horn samples.

“The Other Half” is more communal in tone, written like a rousing speech to Black people everywhere, with African-Americans being the closest point of contact. Taking into account traumas of the past, Jidenna extols the virtue of resilience, vigorously declaring “we lynching our Willie Lynch manuals”, followed by a series of uplifting bars, each line as weighty as the last. Ethiopian-American singer Mereba adds an evocative coda, heightening the pensive texture of the organ-led beat with the zen-like vibe of her chanted lyrics.

Instead of needlessly descending into agitprop during the other nine tracks, Jidenna’s cross-Atlantic vision for ’85 To Africa’ is helped along by well-managed execution, sometimes mining personal stories for an authentic, improved representation of his dual nationality. On the raucous title track, he boasts of taking his crew around different cities in Africa and inspiring them to trace their ancestries, while he holds out a family portrait on “Jungle Fever”, reminiscing on the struggles of his parents while they found each other, attributing his unrelenting work ethic to seeing their wins.

Mainly handled by go-to producer Nana Kwabena, with assists from popular producers like DJ Dahi, Mike & Keys and Lil C, the music on ’85 To Africa’ spans contemporary hip-hop and an array of Afropop stylings. Better sequenced than his debut, the album’s apparent sonic split between ’85’ and ‘Africa’, helps embellish Jidenna’s growth from competent rhymer and melody conjurer, to a rounder, more entrancing and effective artist. He’s as confident trading bars with DC rapper Goldlink on a boisterous swag rap cut, as he is wooing a love interest preoccupied with astrology, on a bouncy Afropop beat with Mr Eazi.

Portraying the album’s visceral high point, “Vapouriza” features Afrobeat drums, blaring horns and buzzing bass guitars, forming a chunky groove for Jidenna to sing cliché, sweet nothings like, “let me love you, your wish is my command”. Mixed in something of a slapdash manner, for vintage effects, Jidenna’s throaty vocals swing with the suave flair of a bandleader from the ‘7os, summing up his best attempt at Afropop yet.

ICYMI: JIDENNA RAGES IN MUSIC VIDEO FOR “WORTH THE WEIGHT”