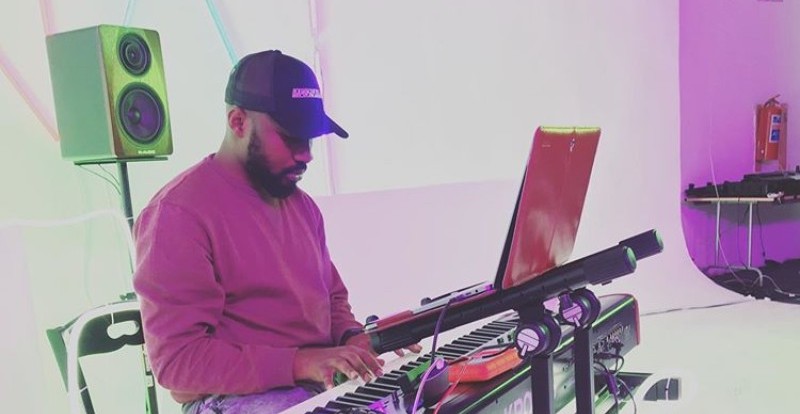 How E Kelly puts his artist-oriented approach on full display with new EP, ‘No Secrets’

In a 2016 interview, Noah “40” Shebib, widely known for his role as Drake’s creative right-hand, detailed his artist-oriented approach to making music. In between all the technical terms, 40 explained that his fondness for immersive soundscapes is part of his process to ensure the artist has enough room to express themselves without having to duel with the beat, since they will be performing the songs and carry them as part of their catalogue for the long haul.

Listening to E Kelly’s newly released debut EP, ‘No Secrets’, I immediately recalled 40’s creative process, since the project comes off as the result of an artist-oriented approach. Usually, producer-curated projects are seen as the perfect medium for outright showcases, since for all their contribution to the music, producers are so often underappreciated. While E Kelly does strut his prowess on ‘No Secrets’, he uses it as a vehicle to display his ability as an ultimate collaborator who’s fine with dictating the colour and intensity of the spotlight rather than being under it.

For those familiar with E Kelly’s work, this approach isn’t uncharacteristic. In comparison to widely regarded colleagues such as Sarz and Shizzi, he doesn’t necessarily have the perception of a super-producer, even though his overflowing catalogue (Wizkid, Major Lazer, Mr Eazi to name a few), continued relevance and longevity are proof of the level of respect we should be putting on his name. In a recent hits battle against DJ Coublon, where he clearly omitted some of his biggest hits, E Kelly comes across as a producer who’s content with letting the music speak for him, even if it means he gets overshadowed by it.

With five songs and five featured artists, E Kelly doesn’t break form with ‘No Secrets’. The project finds him adjusting to each artist’s sensibilities, without sounding like there’s no autonomy on his part—in fact, the EP’s greatest strength is in his ability to cater the variety of guests in service of well-executed songs. Take standout cut, “Oreke”, where E Kelly merges r&b-styled guitar chords and lively afropop percussion, perfectly accentuating Joeboy’s blue-eyed candour and infectious melodies.

‘No Secrets’ finds the balance between layered instrumental work and vocal delivery; instead of leaving it up to the artist to sink or swim, E Kelly works towards enabling a comfort zone for his collaborators. Mr Eazi’s appearance on the Faze-interpolating “Need Somebody” is bolstered by summery keys, xylophone plinks and booming bass; Boybreed’s heartfelt show on the title track plays to the sibling duo’s afro-Caribbean strengths; while glockenspiel riffs, tightly plucked guitars and a dancehall bounce adds momentum to King Perryy’s dynamic performance on “My Girl”.

In contrast to recent, excellent projects such as Guiltybeatz’s ‘Different’, Nxwrth’s ‘N.A.S.A’ and Rexxie’s ‘Afro Street’, E Kelly’s debut differs from how these projects retool artists’ voices to fit into the producer’s space. By virtue of its approach, ‘No Secrets’ broadens the scope of the afropop’s growing trend of producer-helmed projects, by showing it can—not should—be done in a way that suits the artists and still prioritises the producers.

ICYMI: WE NEED TO STOP DEMANDING WHAT KIND OF MUSIC WE WANT TO HEAR FROM ARTISTS

Next Article Life in Quarantine: Here’s how Dami Oniru is spending her days indoors in Atlanta