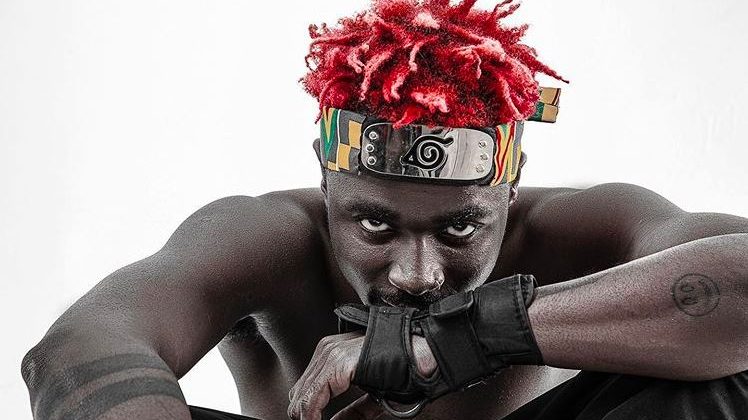 Nxwrth made his name as the producer behind La Même Gang’s Afro-trap sound. His delightfully porous beats, blending electronic synth harmonies with Afropop drums helped the Ghanaian collective create a disruptive and compelling genre that challenged the mainstream sound of Ghana while elevating them to pop royalty in Africa. After contributing to the gang’s 2 projects, ‘La Même Tape’ (2017) and ‘Linksters’ (2018), the producer has finally released his debut album, ‘NASA: Thanks For Flying’, a 12-track tape created to give listeners the illusion of flight.

All the tracks on ‘NASA: Thanks For Flying’ are produced by Nxwrth while he enlists Tsoobi, Kwesi Arthur, Ria Boss and La Même Gang members, RJZ, Darkovibes, KwakuB$, $pacely and Kiddblack who assist in making the project transcend culture and geography. Tsoobi sings about turning her dreams into a reality on the pre-released opening track, “Ascend”, where she declares her ambition to someday be as big as Micheal Jackson. Backed by the ambient synth arrangements from Nxwrth, her reggaeton melodies take on an otherworldly sound,  grounded by her lyrics detailing life’s challenges, “Know say in a real-life/ This nuh buffer”.

Nxwrth sticks to his ambient sonic exploration through the 41-minutes of the tape and on “Till We Burn”, he features Ghanaian rappers, RJZ and Kwesi Arthur who perform romantic confessionals over Nxwrth’s mix of electronic guitar riffs and echoing reverbs. On “Mama Pt. 1”, Ria Boss sets a soulful pace as she performs a heartwarming ode to her mother’s influence on her accomplishing her dreams. The soaring synth arrangments Nxwrth produced for the Ria Boss-assisted track continues on “Mama Pt 2”.  However, the featured artists on “Mama Pt 2”, RJZ and Darkovibes expand her narrative into a gloomy tale of heartbreak and disappointment while Nxwrth incorporates snippets from the countdown sequence of a spaceship’s liftoff, as he skilfully guides the project from outer-space imagery to drum-heavy introspection.

The songs on the project take on a more uplifting tone from that point on, starting from “Godzilla”, the La Même Gang classic from their debut tape, ‘La Meme Tape’. 808 drums and neon synthesizers set the trap background on “See How They Fly (World Z)”, where Nxwrth’s artist persona, Froy3 brags about his accomplishments with a melodic rap flow. Froy3 makes another appearance on the druggy trap anthem, “Back 2 Back”, featuring KwakuB$. Other highlights of the project include pre-released singles, “Cupid” and “Oh My Days” which stand out for being irresistibly catchy club-bangers.

The 10th track, “Fa Ma Me(Candy Shop)”, offers a much needed woman’s perspective, as Tsoobi is paired with Darkovibes for the romantic number. They two trade raunchy lines that increase the sex-playlist potential of the project. For an album meant to create the sense of floating through space, ‘NASA: Thanks For Flying’ captures a remarkable range of human emotions: ambition, grief, anger, camaraderie, partying, love, all buoyed by an ambitious spirit that refuses to admit defeat.

Stream Nxwrth’s ‘NASA: Thanks For Flying’ below.

0000
Previous Article Rap Song of the Week: “There They Go” sees Nasty C at his slickest and most imposing