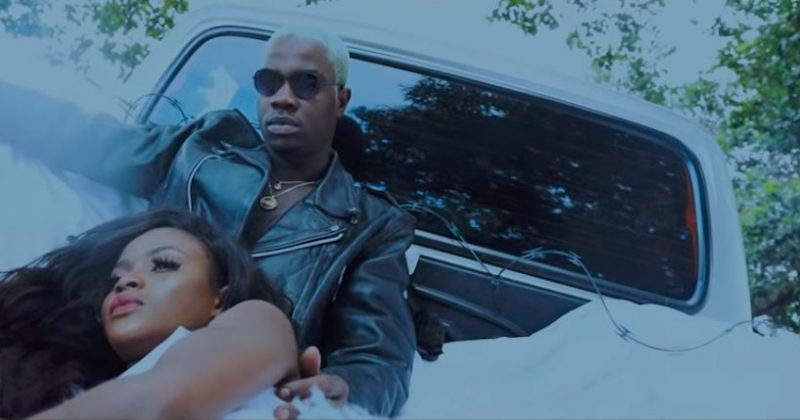 The lyrics to “Cupid” are vivid and sensual, with nods to the extremities that come with all good love stories: desire, love and tribulation. Though Nxwrth and Darko released the single nearly two years ago, the recently released video finds a similar edginess through a short film directed by BZDRKO. From the opening sequence, we get a hint of a retro film style that can be seen through the drive-in movie theme, noisy glitch edits and other 80’s filters that add to the aesthetic of the music video.

“Cupid” paints an intimidating portrait of the lovable fairy tale character, as he is portrayed as a hunter with bow and arrows terrorizing women. We see Darkovibes in the back of a Ford truck, lying next to a woman who seems fine till they have an accident. She’s then left alone with red flower petals, casting a bloody imagery against the white backdrop. A number of metaphorical imagery —such as the painting of a snake on an apple tree— show how she struggles to resist the temptation of love but fails, and pays the price for it as she’s later seen sheding tears and yelling at a phone.

Darko and Nxwrth’s fusion of Afropop and trap on “Cupid” already established the eerie vibe that comes with falling in love, but the video’s composition of frames offer their own type of horror.

You can watch the video for “Cupid” below.

ICYMI: Watch Darkovibes live in the moment in his video for “Stay Woke”