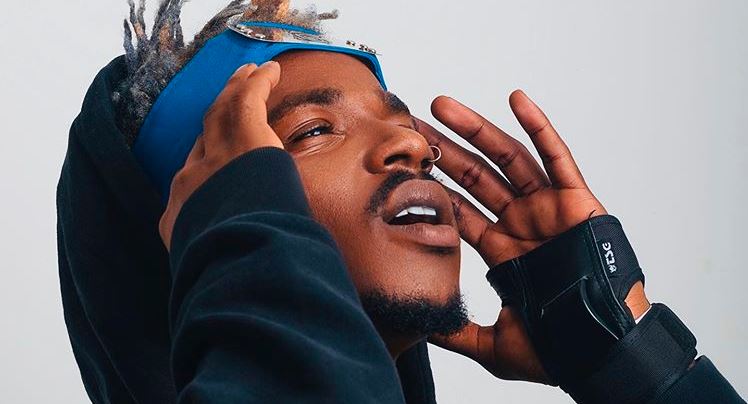 NATIVE Exclusive: Nxwrth is making music of the future today

Ahmed Froko, popularly known as Nxwrth needed just one essential thing to make the jump from the kid beatboxing and drumming on tables in the classroom to being a producer with ears and eyes on him from the entire world – a crew. Before his debut album, he already spent 3 years recording music with the rest of the promising collective, La Même Gang; Darkovibes, $pacely, Kiddblack, RJZ and Kwaku BS.

We’re witnessing an interesting paradigm shift in the culture, where young artists immediately or very soon after they break out have access to an audience from the entire world. In a time where Billie Eilish’s favourite artists is Zlatan, and when Beyoncé created an entire album featuring talent from all over West Africa, it’s clear that there are more eyes looking in than ever before and the scene is rife with talent all over the continent.

From one conversation with him, you’ll get the sense that even before this shift, Nxwrth always had big ambitions for his music. He discovered his passion early on when he was in high school, and would beatbox and bang on the table for his peers who wanted to become rappers. This then led to a curiosity about how beats were made, and here we are with him today.

Despite the sharp contrast between his ambient-trap leaning sound and what was accepted by the mainstream Ghanaian music scene Nxwrth is gaining more recognition, and will be releasing his debut project, ‘NASA: Thank You For Flying’ tomorrow.

“I wanted my album to be promoted with the right people and I didn’t care how long that was going to take. My music is too futuristic for the locally inclined mainstream and I’m not even mad about that. I’m just hoping for more in the future.”

The 12-track tape features members of the La Même Gang, as well as other artists who suit the album’s vision to transcend genre and space. Nxwrth produced the heady blend of trap beats, while the artists infuse their R&B melodies, reggaetón rhythms, Afropop hooks, rap bars, to drive their message that dreams come true. I’ve had the chance to listen, and songs like the addictive “Mama Pt. 2” gracefully offers a snippet from the countdown of a spaceship’s liftoff while featured artists, Rjz and Darkovibes sing tributes to their mothers.

“The project is basically about my obsession with space and how I might never get the opportunity to go there. I wanted to be able to bring it to life and make it my reality, and I have friends and brothers around me who also wanted to break barriers. I made it around the early stages of when La Même Gang just formed so you can still hear the fresh and raw excitement from our vision for the future.”

“Cupid”, one of the standout tracks of the album was released as far back in 2017 in their early Soundcloud days, which locked in their claim to being a disruptive force changing the soundscape of Ghana’s mainstream music scene. Nxwrth’s synth arrangements and Darkovibes’ romantic melody showed the potential in both musicians as Darko manoeuvred the spaces between Nxwrth’s bass-heavy experimental EDM-fused Afrotrap production.

Nxwrth describes his process as very spontaneous and dependent on how he’s feeling. “I always try to project the transcendence; a sense of flight, flying, liftoff, levitating. That’s how I want people to feel when they listen to my music. I’m a huge Christopher Forlan fan. I really love his movies and after watching Interstellar I was so sold on to the space theme.” Having grown up in Africa, where things like this are presented as just a dream, Nxwrth is almost certain he and those around him won’t get the opportunity to go to space. This is why he makes music as a vehicle to transport listeners to an otherworldly setting.

Similarly, he decides what artist to feature based on the energy they give off and whether he thinks they will be able to git into his space vibes, regardless of their fame or status. Though ‘NASA: Thanks For Flying’ boasts of a diverse range of notable features including the La Même Gang, Nxwrth is able to hold his own against high profile collaborators including Ghana’s mainstream rap star, Kwesi Arthur, Froy3, Tsoobi and Hama.

I appreciate people who are ready to think outside the box cause I make beats that are not the typical beats you hear around. I’m just into people who are ready for change and something new. At the end of the day, it’s the sound that prevails. For me, I’m just looking for the magic. I’m looking for the sound that is going to change someone’s life or mood or stop someone from committing suicide. I’m looking for inspirational music that will change the world,

In many ways, Nxwrth and La Même Gang’s astronomical rise to the forefront of Ghana’s booming trap music scene wouldn’t be possible without the internet and the music streaming culture. Nxwrth acknowledges the timeliness of their success as he recalls the first studio sessions he had with the rest of the gang, and feeling it in his bones that they were on to something special. “You weren’t hearing anything like that anywhere else. I knew we were meant to be great. We’re pioneers,” he says. They didn’t feel the need to comply with the generic sound on popular Ghanaian radio, since they were sharing their music on the Internet where they had a broader audience and could reach anyone anywhere in the world.

“Though I’m a Ghanaian act, I don’t feel like my sound has to be limited to just Africa. Music is a universal language. You don’t need to understand the language to understand the sound. We’re trying to change the world, and that’s why we’re making sounds with different culture and genre. There’s so much fusion in our sound. That’s what we stand for.”

The successful year of return campaign Ghana had last year also showed the producer people around the world are paying more attention to the creative scene in Ghana than ever before. He doesn’t find it surprising though, as he himself is a passionate follower of Japanese anime and understands the appeal of foreign cultures.

“It’s outside the box. When I watch a lot of anime, I get a lot of ideas and feel inspired. It’s very youthful and young and I’m for the kids. I feel like I’m for anybody who watches anime because I make music that’s like an anime. If you listen to “Cupid”, that’s some anime shit. Do you feel me?”.

reply the comments with your fav line in oh my days? “

Nxwrth’s forward-thinking and futuristic blend of cultures and his love of space and the extraterrestrials has earned the producer attention from all over the world, and although he admits he’s probably partial to “Cupid”, he loves all the songs on his album and can’t pick a favourite track. “I want everybody to appreciate it as a full project. In fact, that’s the way to listen to it. From track 1 to track 12. It’s a trip to space and to understand and get the whole idea for the whole project, you have to listen to the whole thing.”

The lockdowns caused by Coronavirus has affected Nxwrth and the rest of the La Même Gang who were supposed to make their debuts at the Austin festival in March, however, this is the perfect time for his tape to drop cause he has the ears of a hungry audience. “The world is going through some crisis right now and though it’s bad for us, it’s fucked for everyone else so we shouldn’t be selfish and be sad about the things we’ve missed out on.”

Well as long as we all have internet, African artists can continue their battle for world domination and Nxwrth’s begins tomorrow.

ICYMI: Watch the video for Nxwrth and Darkovibes’ “Cupid” here

Next Article Essentials: Gbasky’s ‘Black Frequency (EP)’ is folk-pop you can relate to