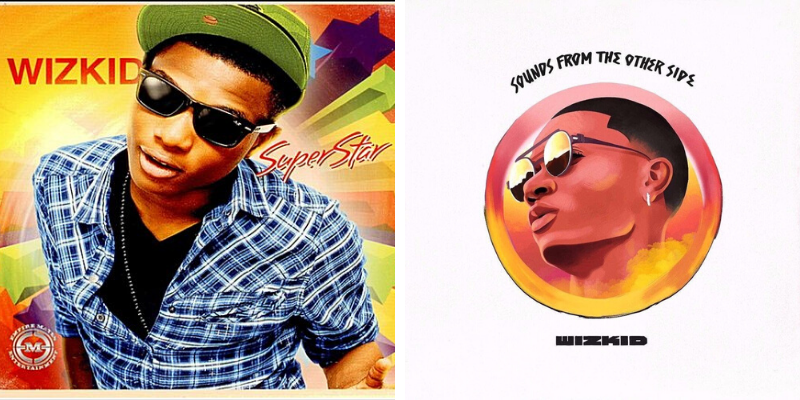 Every time an artist drops new music, they’re unwittingly competing with their previous work, and in some cases, older version(s) of themselves. Unlike new artists who have the luxury of a clean slate, artists we’re more familiar with are always placed in conversations about what they’ve done before, especially in the eyes of the public who have come to define these artists based on their own reception to previous releases.

Since the public’s reaction is what determines the success of the song, it’s widely regarded that once music is officially released, it now belongs to the public. During this period, opinions on the quality of the music begin to fly about, and due to the subjective nature of those, we tend to project our set expectations of the artist.

While opinions are very important when it comes to music, basing them solely on a perception of who the artist should be due to their previous work only serves to box them in and obfuscate evolution. Once there’s a dissatisfaction, sometimes brought upon by what the switch-up represents and not the actual quality of the music, opinions turn into suggestions, which in turn becomes outright demand. This is why perhaps for example, calls for the ‘old’, soul-sampling Kanye have become a thing, ever since he dropped the bolshy and deliberately aggressive ‘Yeezus’ back in 2013.

One of the most noticeable examples of this in afropop is Wizkid, who is currently the go-to artist for debates about old and new versions of an artist, and which version is better. Wizkid’s major breakout on to the global stage, ‘Sounds from the Other Side’,  became the catalyst behind this debate, since there’s a perception that it alienated the majority of his local supporters for not being ‘Nigerian enough’.

At a time when the mid-tempo, banku-indented variant had become a norm in the Nigerian mainstream, Wizkid brought afro-Caribbean melodies to the table, and even though it wasn’t a radical or inaccessible musical choice, the reception wasn’t quite what you’d expect from a Wizkid project. What made the album frustrating to some, was that we had all been waiting a long time for the album, and it didn’t remotely sound like his classic debut album, ‘Superstar’. As a result, instead of being judged by sonic quality, ‘SFTOS’ was mainly subject to opinions based off expectations and external semantics.

To be clear, ‘SFTOS’ isn’t some misunderstood classic, however, the initial reactions grossly undersell the project’s quality. Shortly after, Wizkid went on a run of smash hits, which ostensibly sounded ‘Nigerian enough’, including “Manya”, “Soco” and “Fake Love”. While the success of those songs was rightfully deemed as a return to form, that switch-up gives fans the idea that they can explicitly dictate how an artist should approach their craft, which begs the question of what will happen if Wizkid decides to switch up his sound on us again, and whether he will have to conform to expectations if many don’t like the change and not even particularly the music.

As listeners and observers who aren’t part of the creative process, we need to respect that artists deserve to make whatever type of music they want to make. Anything less than that, is a way of stifling autonomy and diminishing creative agency, which only impedes artistic growth. We can still hold artists accountable regardless, by giving their music a chance on its own terms rather than what we want it to be or sound like.

The important thing to know is, music comprises a handful of elements—instruments, voices, chords, etc.—and while various genres work with different types of arrangements, each person can deem the music as good or bad according to their tastes, but at least with some level of open-mindedness.

It’s not wrong to set the standard for an artist based on their previous work, however, there should be room to expect the unexpected. For more niche artists and those who have created an identity on being constantly experimental, preconceived notions are never an issue, this is more for artists who are expected to frequently score hit songs.

In one of the highlights of a recent Instagram live session, M.I Abaga was briefly joined by DJ Spinall, who made it plain that all he wanted from the rapper was club anthems in the same vein as “Anoti” and “Bad Belle”, not the lyrically dense efforts he’s put out over the last two months. A few days before, an article with this same sentiment surfaced, where the writer deemed M.I’s recent projects as a step back for Nigerian rap music because none of the songs were obvious club hits and catchy anthems.

While it’s well-intentioned to want an artist to make music which garners mass appeal, it’s disingenuous to ridicule their output because it doesn’t conform to a set agenda. During the same live session, M.I was joined by Sarkodie, and they discussed what it means to juggle what you want to do as an artist and what the people are demanding of you. For both these rappers, who have proven adept at making hit songs and no-frills rap music simultaneously, putting a boundary on their musical direction is an affront to their proven abilities.

Sadly, though, public validation is central to an artist’s relevance, and since commercial success is the gauge for acceptance, some artists will constantly appease the fans to the detriment of their freedom to express themselves through the music. In order to balance things out and foster a wholesome ecosystem, listeners need to approach music with some level of awareness— the least we can do is to not suffocate them with our ideas of what their music should be and judge accordingly.

Next Article Songs of the Day: New music from Gorillaz x Skepta x Tony Allen, M.anifest, ShowDemCamp and many more